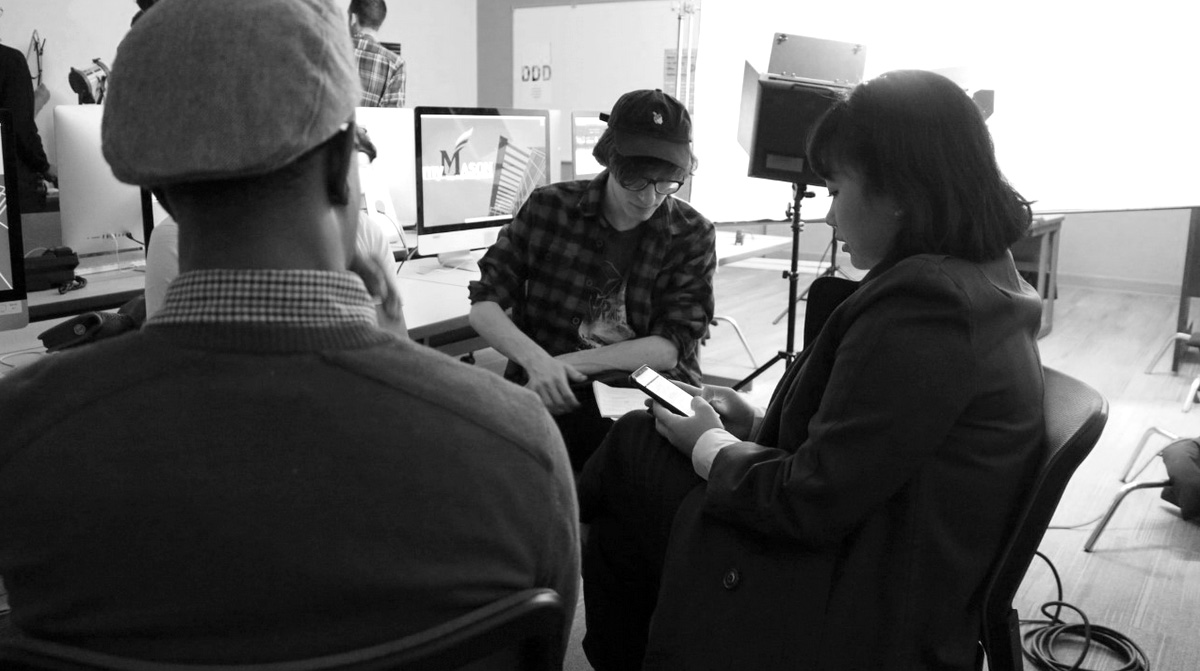 From his first year at Mason, Conor Armstrong has been developing an idea for a movie. Therefore, it seemed only fitting that this story be the one he turns into a movie for his graduation project.

Armstrong is currently a senior studying film and video studies with a concentration in directing and producing. Like all students in his major, he is required to direct a 15-minute short film in order to graduate. For his project, he chose to direct a movie titled “Part-Time Defender GunKnuckle.”

According to the film’s synopsis, the story follows Keith, a part-time superhero who fights monsters in a giant robot. Things change for Keith, though, when he gets a new partner named Stacy. Although the two don’t get along at first, they have to learn to work together to save the day and get paid.

The inspiration behind the story came to Armstrong when he saw giant robot anime and decided to write a parody on it. His story talks about what it would be like if superheroes were ordinary people who fight crime in their spare time instead of characters who are full-time heroes like the Avengers.

“You see these kids in cartoons fighting robots, and I always wondered, ‘Do they have normal jobs? Do they get paid?’” says Armstrong.

That’s when he started sketching down his ideas, and over the years he kept adding to them more and more. In the end, he had 30 pages of script ready to be turned into a movie, which he had to bring down to 15 because that was the limit he had to stick with for the assignment.

This yearlong process to get his vision made into a short film was not easy though. While he enjoys the creative side of filmmaking, he admits that he could not have handled the more administrative side of the process without his team. Producers Alexandria McAlpine, junior, and Ashley King, senior, were crucial in getting this movie made by helping secure locations, finding actors and signing release forms.

Along with his two producers, Armstrong depends on a talented team of students, which includes a cinematographer, actors and set designers. They managed to help him shoot this movie by designing costumes, filming the movie and even designing a whole city out of cardboard.

Despite all this, the movie is not yet done. Soon Armstrong will start filming the fight scenes, which will be a challenge, as he has never directed one before. However, he has the help of martial artists and stunt coordinators who will help guide him through the process.

Although Armstrong initially considered directing a movie about a more serious topic for his senior project, he eventually opted out of it.

“I wanted to film something that I would have fun filming it and people would have fun watching it,” he said. “I feel like movies are not fun anymore.”

And the movie is truly fun. Combining elements of comedy, action, science fiction and coming of age, this Mason movie has something that appeals to all. So clear your schedules for May 2-4 and head on to Harris Theatre for the Mason Film Festival to watch a movie that you will surely enjoy.