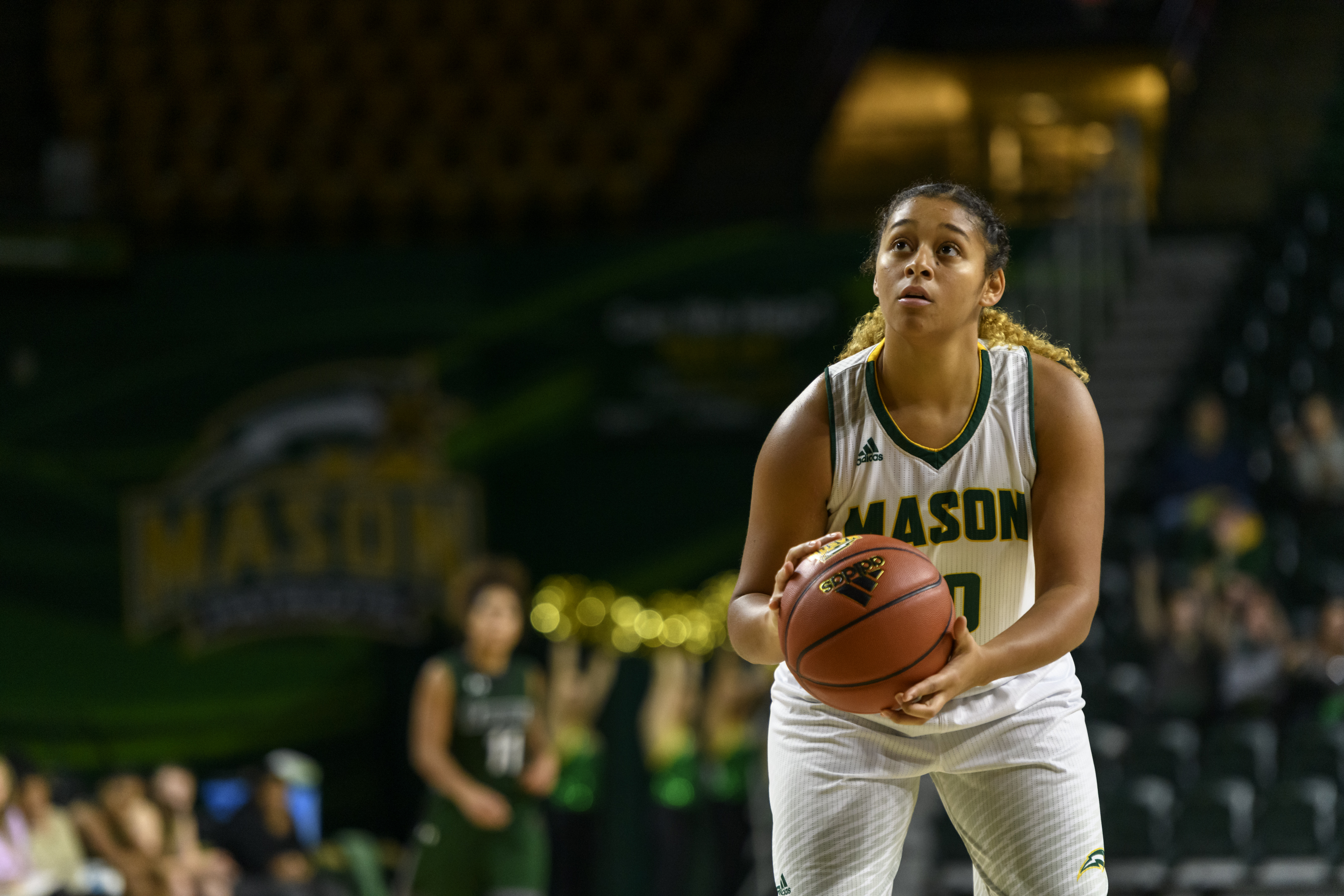 Jewel Triggs’ basketball story began in Thibodaux, La. when she was just six years old. As most parents do, Triggs’ parents threw her into all kinds of sports including basketball, softball and volleyball.

She would later start running track, only to decide to focus on basketball in 10th grade upon realizing she wanted to play in college

Triggs turned her family into a basketball family. While her father did not play sports and her mom played tennis, both of her younger siblings have taken after her.

“Seeing their big sister do everything, [they] wanted to do the same thing,” she said.

Looking for inspiration growing up, Triggs looked up to Candace Parker.

“Candace Parker was my favorite player growing up, especially when she was at Tennessee,” said Triggs. “I had a whole bunch of Tennessee gear and her card signed and all that stuff, just continually watching her.”

She later added, “I still watch the WNBA, she’s still an awesome player, and what she’s accomplished has been awesome as well. I really like Skylar Diggins[-Smith] too, she’s a really good player.”

Her favorite memory at Mason did not happen on the basketball court, but rather on a trip to the 2015 GCI Great Alaska Shootout. The Louisiana native had never seen snow before.

“As soon as we walked out of the airport I just went and jumped in it [the snow], and [made] snow angels and stuff,” she said.

She also said, “[On] a few bus rides coming back from places, we’d bring a speaker and we’d sing and do karaoke every now and then, so we knew that always would aggravate the coaches but we didn’t care.”

Triggs’ time at Mason has not been without obstacles. After her freshman year, her doctors told her that she would have to have surgeries on both of her knees. Instead of having her knee surgeries one at a time, Triggs talked to her doctors and they collectively agreed to do both surgeries at once.

“It sucked, the first couple of weeks I would say because my knees were completely straight and I had braces and I had to use a wheelchair … and I basically had to relearn how to bend my knees in a way,” Triggs said. “For the first month I was in my room, I had this machine where I had to put my knee in it and it would bend my knee for me and eventually the bigger range of motion.”

“I mean it sucked but I knew what my goal was, to get back as fast I as I could, so it was every day I was with our trainer Emily, three, four hours a day sometimes just doing rehab, exercises, everything I had to do to get back,” she continued. “Then especially summer came. I couldn’t jog, I couldn’t do anything like that until we got back to school in like the beginning of September. That was the first time I could jog, it was really weird at first, but my teammates helped me.” 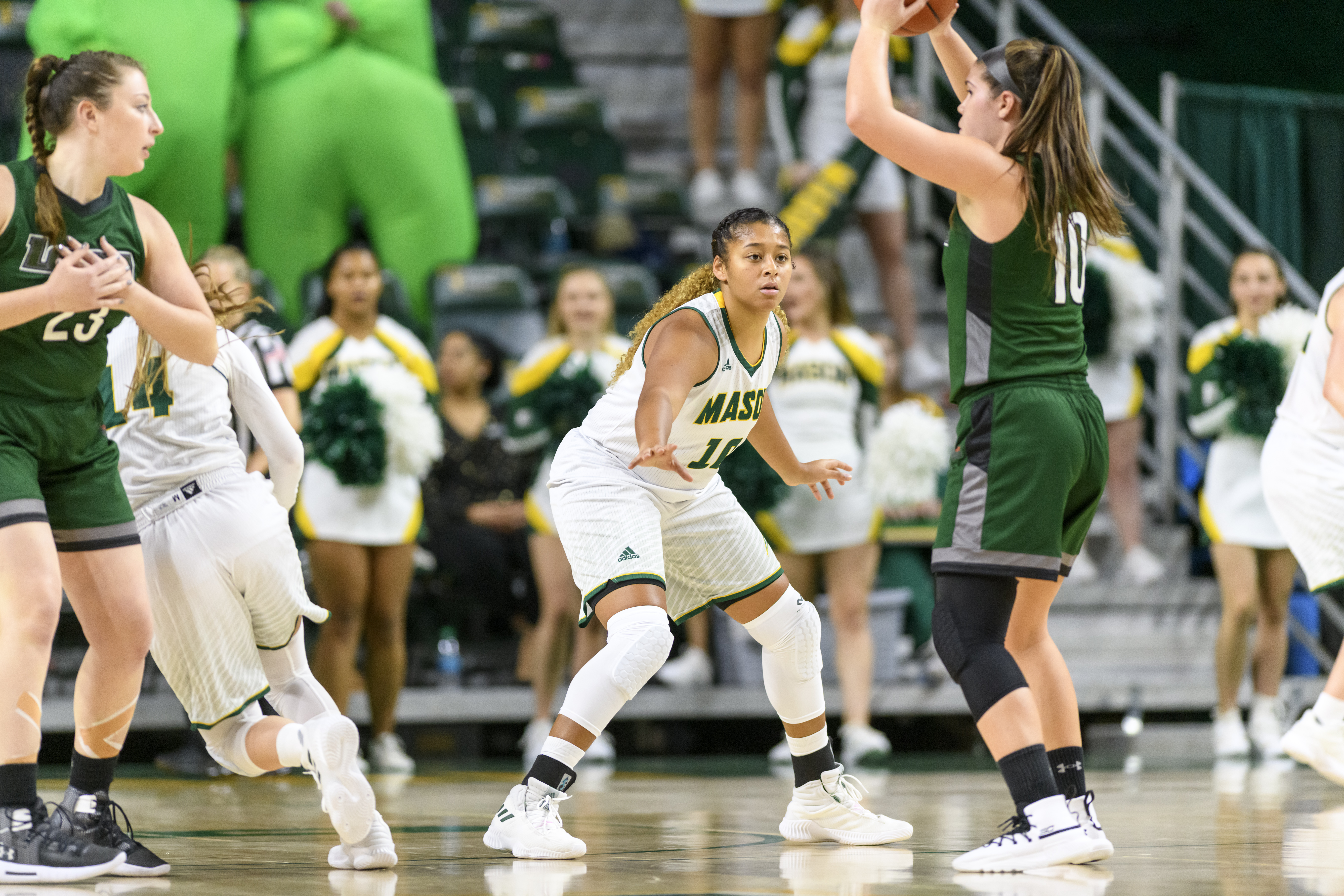 Triggs, a kinesiology major, hopes to continue her basketball career overseas before going to physical therapy school to become a physical therapist.

“Growing up I’ve always had problems with my knees,” she said. “‘Even in high school I got a little minor surgery, [and I] had to physical therapy for that. Doing that and realizing how physical therapists can help people come back from injuries, and especially in the athletic world I really admired that. When I first came to college, taking the first couple of classes that you take in the kinesiology major, I really liked so I stuck with that.”

Though her role has changed each year, Triggs has been able to make an impact since she arrived at Mason.

“Jewel came in at a time where we were still kind of struggling in our program and we were really looking for growth and for people to come in and develop as leaders, and I think that is one thing that she has done, and it’s not exactly in her personality to be vocal but I think she’s really grown into that role,” head coach Nyla Milleson said. “I think she’s accepted the responsibility of what it means to be a senior and to step up and to have a vocal presence.”

“I feel like I’m the one that a few of them know that they could always come to, that person to talk [to], whether it’s about basketball or life or anything, knowing that I’ll always have their back and even though that I’m leaving that I’ll never forget about them,” Jewel said about her impact off the court. “They can always call me, text me whenever and just be that person.”

Milleson agreed.“I think just most importantly Jewel as a person, she’s just one of those that I knew I could count on every day to come in and do her job and she is one of ‘em that I think some days senses if I’m not having a real good day and will check on me,” she said. “We’ve just got a really good relationship on the floor, we’ve got a really good relationship off of the floor and I’m just going to miss that everyday presence that she brings to me.”

When asked what she hopes her players have learned from Triggs, Milleson said, “It doesn’t matter what it is that you’re faced with, you’ve got a role, you’ve got an important role on the team that every day come in and try to be your best and figure out what it is on that particular day, particular game day that you need to do in order to help our team succeed and again I think what Jewel has brought to help change our culture from the minute she walked on campus has been important.”

Triggs and the rest of the Women’s Basketball team will take on Saint Joseph’s University at 4 p.m. on Feb. 27.