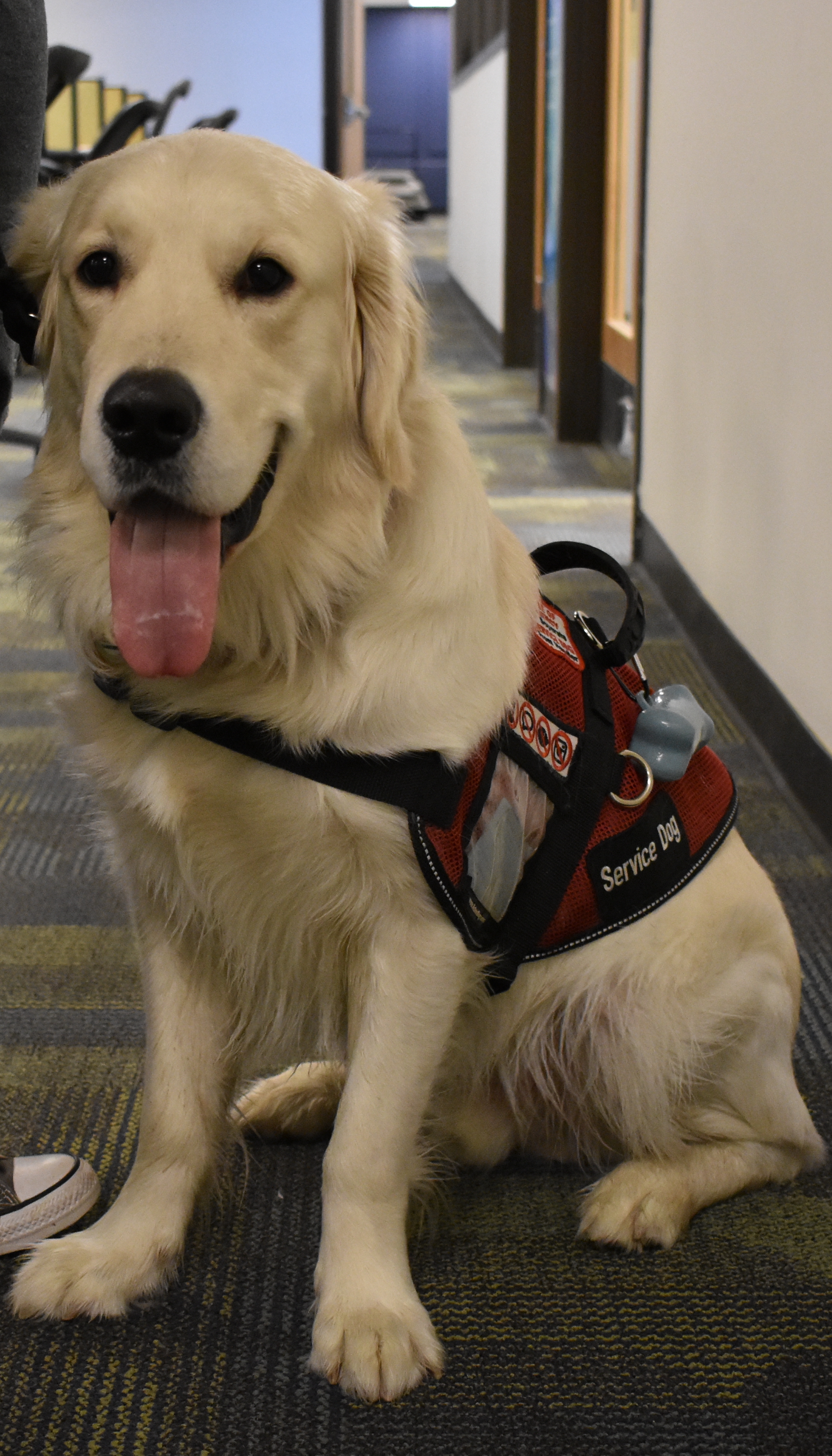 I’m going to be flat out and honest. Service dogs are not for your personal pleasure. Yes, they may look really cute, cuddly and behave rather well, but it still does not mean they exist for you. They are medical devices that keep their owners functioning on a daily basis, much like that of an insulin pump.

Their purpose is to perform trained tasks that disrupt, soothe or predict behaviors that can be destructive to the individual’s well-being due to a disability. However, when these tasks are interrupted by an individual who thinks it is acceptable to pet any dog in service or not, it often has the potential to be fatal if that trained medical device misses an indicator that they were trained for years to detect and prevent.

It’s not unusual on college campuses across the nation to see service dogs around. In fact, it has become quite normal on a daily basis. Mason is no stranger to them either. Among the 25 on-campus animals, there are two service dogs living right here at Mason, and one of them happens to be mine. Often times in my experience, I find college students more lenient that members of older generations, but it still is not much better when it comes to service dog etiquette.

First, I want to create an understanding of what a service dog is and what rights they have according to the American Disabilities Act, an act passed by the federal government, since there seems to be a lot of confusion as to what separates them from a pet. Like I said before, a service dog is a trained animal that has undergone years of training to sense the handler’s life-threatening and life-altering disability and assist in preventing it when it may strike. For example, someone who gets frequent seizures may be alerted of an oncoming seizure by their service dog, as it senses the chemical imbalances in their brains and performs a task to alert their handler of the oncoming seizure, which could possibly be deadly. In addition, it is also considered a felony to distract or harass a service dog.

Service dogs are allowed in establishments of all sorts with their handler, but must clearly be well behaved. There is no such thing as certification paperwork that is required. Yes, that’s right—the idea of a certification process, service dog IDs and paperwork are scams. It is clearly stated in the service animal section of the ADA that there are none. In fact, the ADA goes as far to say that service dogs are not required to wear vests either, but I like mine to wear a vest so he is not mistaken for a pet and distracted due to an unsuspecting passerby.

Second, I want to say that Mason students should truly be more aware of service dogs and what to do around them. I’ve had quite a lot of experiences while having my service dog both in and out of college. Some are good ones and some are rather poor, but I never take them personally regardless of the incident. The most frequent issue I have is people asking to pet him. It is admirable that someone would ask instead of going ahead and petting, but of course, the answer will always be no. Petting a service dog will distract it from its duties, and that is not a good thing.

However, it is the major yet less frequent incidents that really bother me. Often times in dining halls, I cannot take my service dog because I have both employees and students come and harass me about him, which makes my disability become far worse than necessary over just food. In these cases, I will have to leave immediately so he can do his tasks to help me deal with my disability. No, it is not that they will ask to pet him—they will persistently state their opinions about him, me, why we should not be in there. Frankly, I have what I call “regulars”, those who always track me down in dining halls when I have my service dog with me and who will chase me out of the dining halls if I take him with me. 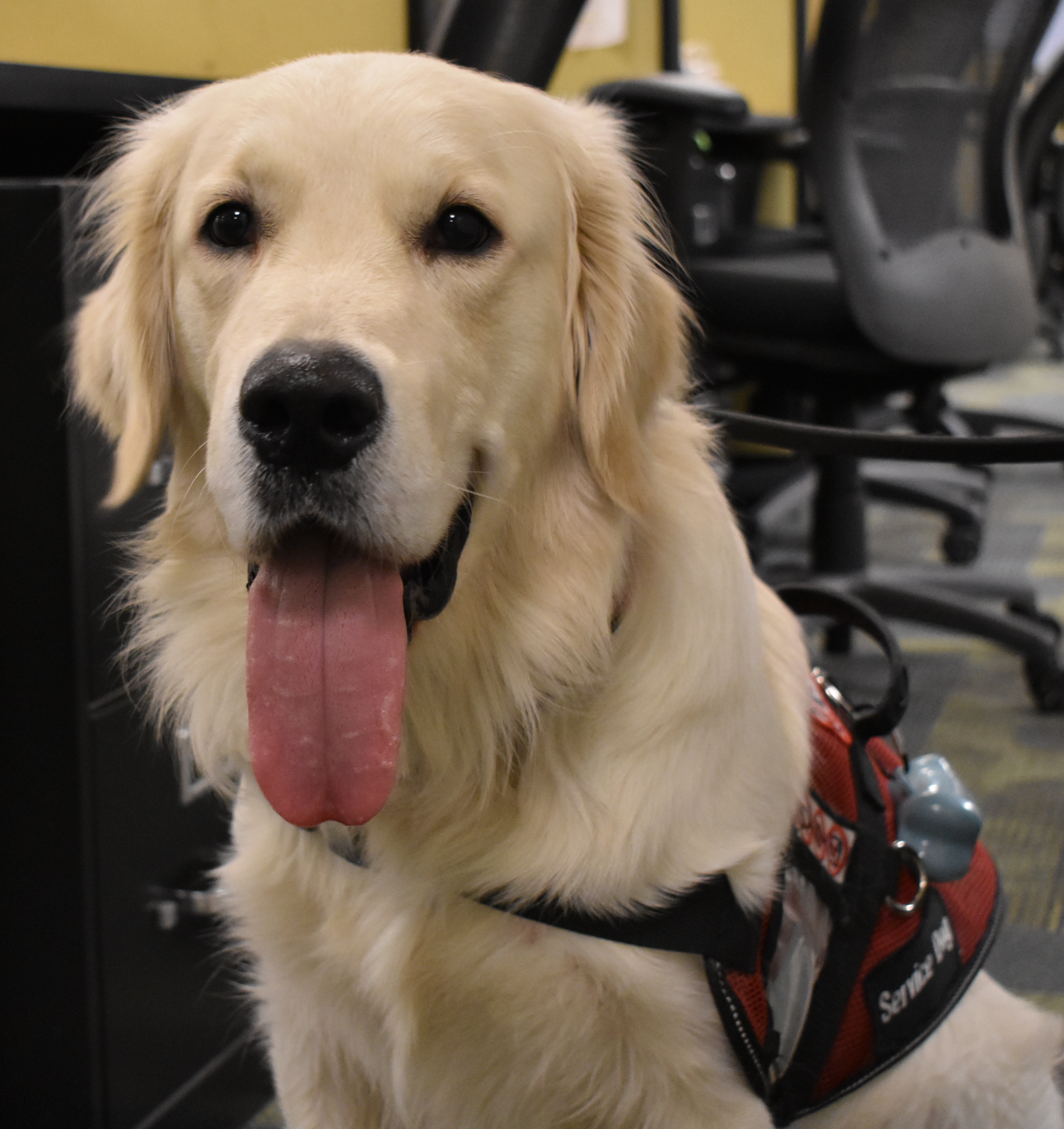 More frequently are incidents that occur with other dogs on campus. Whether they are emotional support animals or not, we sometimes end up having issues. My service dog does not really care about other dogs and their presence, unless they decide to make aggressive moves in our direction, to which he will become defensive and move us out of the way. Probably about nine-tenths of the time, I have had other dogs come and distract my service dog from his work, and sometimes even make us late to class because I take actions and precautions so that a dangerous incident does not occur and he can get back into his working mindset.

Probably the most infrequent issue I have come across is other students joking, explaining and almost actually smuggling a fake service dog on campus. To me, this is probably one of the most hurtful and worst things a fellow student could do. Those who truly have disabilities are constantly battling the issue of people trying to fake their pet as a service animal. This causes legitimate owners of service animals issues, because people mistake real service animals for fake ones and cause lots of problems that could have been easily avoided otherwise. In the worst scenarios I’ve seen, legit service dog owners have not been allowed in establishments across America because of this ever-growing issue.

Although the Mason student body seems to be very acknowledging and somewhat understanding towards the concept of service dogs, I seriously think there is room for improvement. Perhaps there will be a service dog awareness day in the future, but until then all I ever ask people is one question: would you treat someone’s insulin pump like how you treat a service dog?