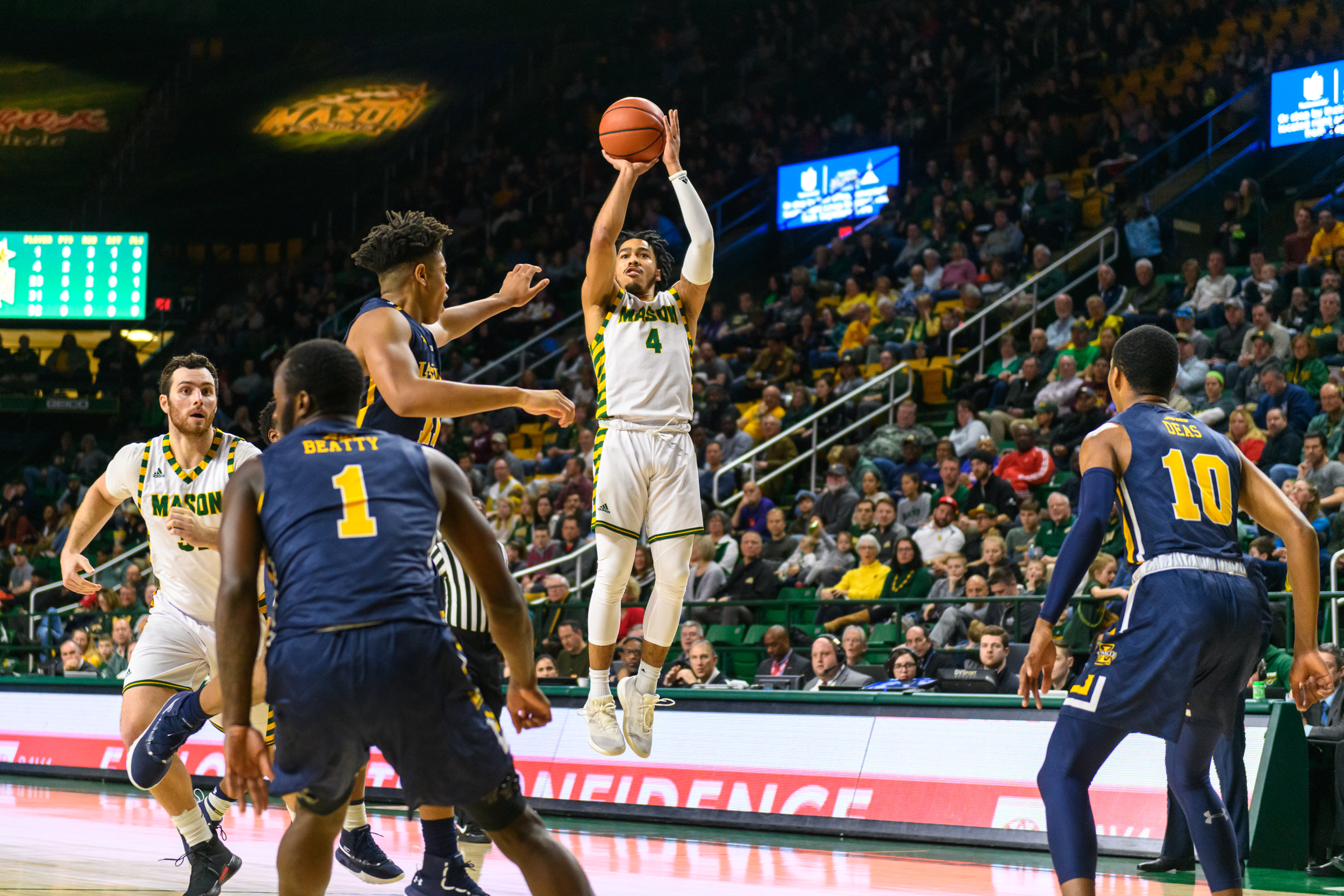 Mason edged out La Salle University 84-76 Sunday afternoon to improve 8-3 in Atlantic 10 play and 14-10 overall. The teams traded baskets for most of the second half, but the Patriots’ defense held strong and allowed just two baskets in the last six and a half minutes.

Here are three takeaways from the Patriots’ win.

He finished the game with a career-high 21 points, seven rebounds, one block and a game-high four steals.

Mason won the rebounding battle 36-23. This was their second largest positive rebounding margin of the season, and highest since they outrebounded St. Bonaventure University on Jan. 6.

Although they grabbed just 15 rebounds in the first half, Mason grabbed 21 in the second. The Patriots had four players grab at least five rebounds, and eight of the 10 players who saw action grabbed at least one rebound.

The Patriots rank seventh in the conference in rebounding. Continuing to dominate on the glass could make the difference as they finish up conference play.

La Salle came into the game averaging 8.2 threes per game. The Explorers went 11-27 from behind the arc.

Continuing to defend the three will be critical as conference play continues.

The Patriots take on the University of Massachusetts on Feb. 13 at 7 p.m.