I joined Mason’s Student Government (SG) familiar with the dismal aspects of its reputation. I knew that many students see SG as an ineffective body comprised of playacting, would-be politicians passing empty bills and soaking up student funding. Mason students on social media are either unaware of Student Government’s role in our community or convinced that nothing happens.

I believe that these takes miss the important changes at Mason due to SG’s efforts that have either gone unnoticed or been merely forgotten. Student Government pressure on the school administration was the impetus behind the creation of the Gunston Go-Bus, which brings Mason students to local shopping areas that include Fair Oaks and Fairfax Corner. SG’s annual trip to meet with state legislators, Mason Lobbies, is often cited by state lawmakers as an important component of their positive impression of Mason students.

Some assistance is more immediate to students on campus: The SG-run Parking Appeals Board allows students to contest parking fines to great effect. This past year, 50 percent of appeals saw a reduced or reversed fine.

Moreover, the Student Funding Board, also directed by SG, helps administer thousands of dollars in funding every year, allowing hundreds of people in student organizations to reach their goals and improve our campus. In the Fall 2018 semester alone, 102 student organizations received over $77,000 in funding through the SFB. Having been on the receiving end of that funding, I know the positive impact it can make. 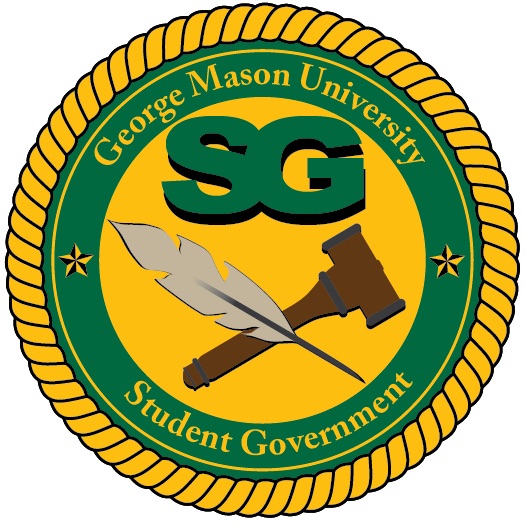 Newer initiatives have the promise to bring even greater improvements to Mason. SG has handed out thousands of Scantron sheets around campus during finals. The organization also has successfully extended hours at Fenwick Library during finals, published an updating list of business offering student discounts and released an online guide to civic engagement designed by and for Mason students.

The idea that Student Government pursues only empty business often refers to the resolutions and statements passed by the Student Senate, such as those condemning anti-Semitism and supporting the Equal Rights Amendment.

But to criticize collective statements is misplaced anger. Voicing these concerns through Student Government has landed mainstream media attention for Mason, such as an article on SG’s stand against anti-Semitism. I see this not as empty business, but as an important platform for Mason students to participate in the marketplace of ideas and stand up for what they believe.

Student Government performs the function that student organizations promise to do. It offers resources for students, myself included, to empower ourselves and improve our campus.

For groups external to Mason or within the Mason administration, SG offers a foot in the door for passionate students trying to make positive change. As the primary organizer for our Mason Lobbies trip, there are resources I have access to and administrators helping me because of the unique position and advantage of Student Government.

I am not saying that SG works miracles. There can be internal divisions that can eclipse the substance of our roles and promises. Many of them are made during election periods and can go unfulfilled.

Another issue is communication: Many students are unaware of what Student Government does and why. As a result, I have personally seen the organization begin to prioritize communication.

Student Government will never be perfect. I do not think any student organization will ever be. At the end of the day, we are all students trying to make a change in our community or just make it feel like home for more people. To criticize SG’s efforts to do this is understandable, but to deny that they matter is wrong.