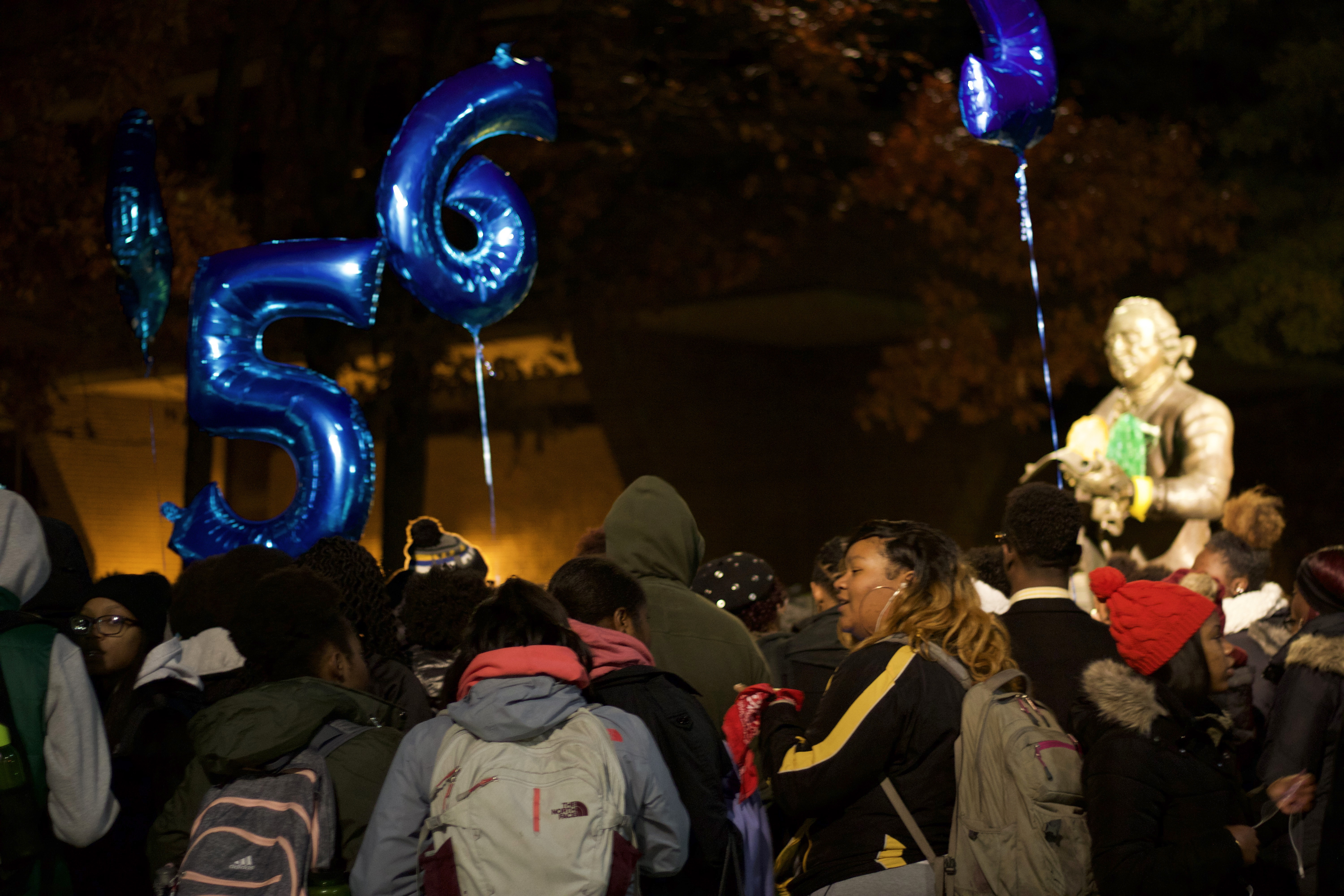 According to the Rape, Abuse and Incest National Network (RAINN), more than one in 10 of all students are sexually assaulted while in college. This is one reason why Student Government has dedicated one week every semester to the Patriots in Action initiative to end sexual assault on campus.

This semester, Patriots in Action took place Nov. 26 through Nov. 30. Student Government intended to “educate the student body on what interpersonal violence is, resources for survivors and their empathizers and work to create an environment that inculcates a culture of sexual assault prevention.”

Throughout the week, there were various activities and events for students and faculty.

In a “polaroid pledge” event, individuals were photographed after taking Mason’s Pledge to End Sexual Violence. GM-Power-U was an artistic open house featuring student organizations that are working to end sexual assault on campus. Training in krav maga was also offered during the week, in addition to another event called In Consent We Crust.

“These kind of events are not exactly for prevention or education,” said Maggie, a peer advocate for the Student Support and Advocacy Center (SSAC).  “It’s more like celebrating survivors and giving a voice to survivors. This is a way [for survivors] to get your voice back.”

The week concluded with Light the Night, a vigil to show solidarity with survivors of sexual assault. Students gathered around the clock tower and held candles. The words “You Matter” were written out on the ground in candlelight as a message to survivors.

“We thought that the clock tower would be a good place to shine a light in darkness,” said Sean Diment, vice-chair of the University Life Committee. “With sexual assault survivors, there’s that feeling of lots of darkness around with no one to turn to, but we wanted to show that you can find the light.”

One read, “If this letter finds you, than you are braver and stronger than I am.”

Some students came forward and shared their own stories. Several mentioned how empowering it was to share their experiences with people who supported them.

“It’s definitely about visibility,” said Kerry Woolfore, another peer advocate for SSAC. “Being a survivor can be very isolating, but if you come out here and tell these stories and listen to the poems and letters―if one person comes forward and gets the support they need, it’s all worth it.”

Diment hoped that Student Government sent a message of support to the student body.

“There are people around you that love you, care about you and are here for you,” Diment said.