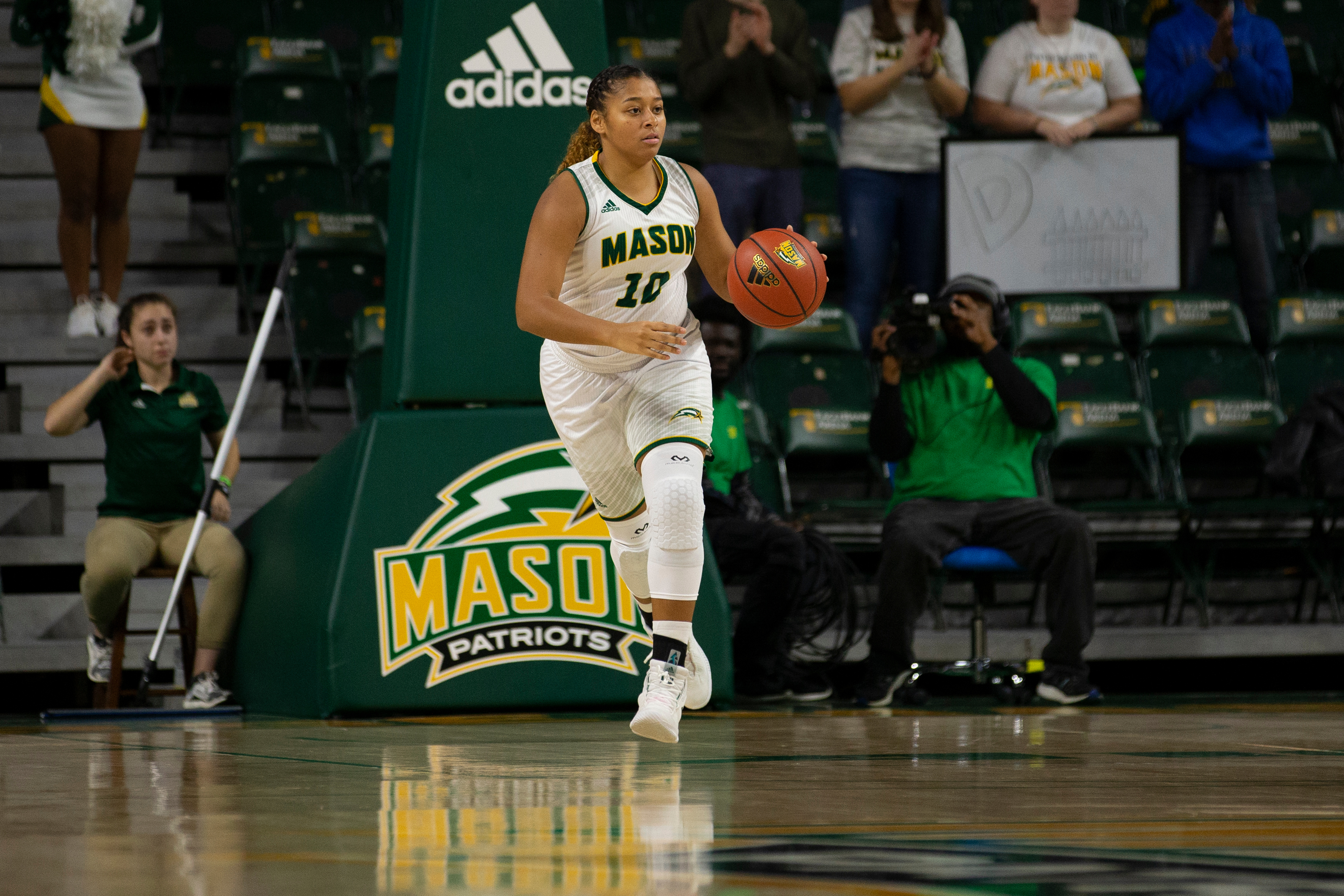 Jacy Bolton and Camarie Gatling also scored in double figures, adding 10 and 12 points respectively. Bolton put up 11 rebounds for her third career double-double, her second in as many games.

The Patriots went 21-32 from the free throw line. After the game, head coach Nyla Milleson said, “We are doing a great job of getting to the line, and that’s what we do … So today, we’ll take it because it’s the best I think we’ve shot all year long, but at the same time we’re certainly capable of still shooting better.”

Colgate only shot 11 free throws while making five of them, the first time Mason’s opponent has shot less than 20 in a game this season. Three of these free throw attempts came on and-one.

Colgate’s limited opportunities at the free throw line was in part due to Mason committing 13 personal fouls, a season low.

Even when players were not scoring, they were still making significant contributions to the team.

While Triggs did not make a field goal, she did make three of her four free throws, including two with 17 seconds left that put Mason up three.

The Patriots entered the game committing nearly 19 turnovers per game, tied for 237th in the country. During the game on Sunday, they committed 21 against the Raiders.

When asked about turnovers after the game Milleson said, “You know that’s really been one of those issues that we’ve got to clean up … [It’s] definitely an area that we’ve got to be better at, and right now it’s a little bit of a struggle.”

“IT’S GOOD TO GET THE FIRST WIN”

The Outsider’s Guide to the Alexandria Film Festival