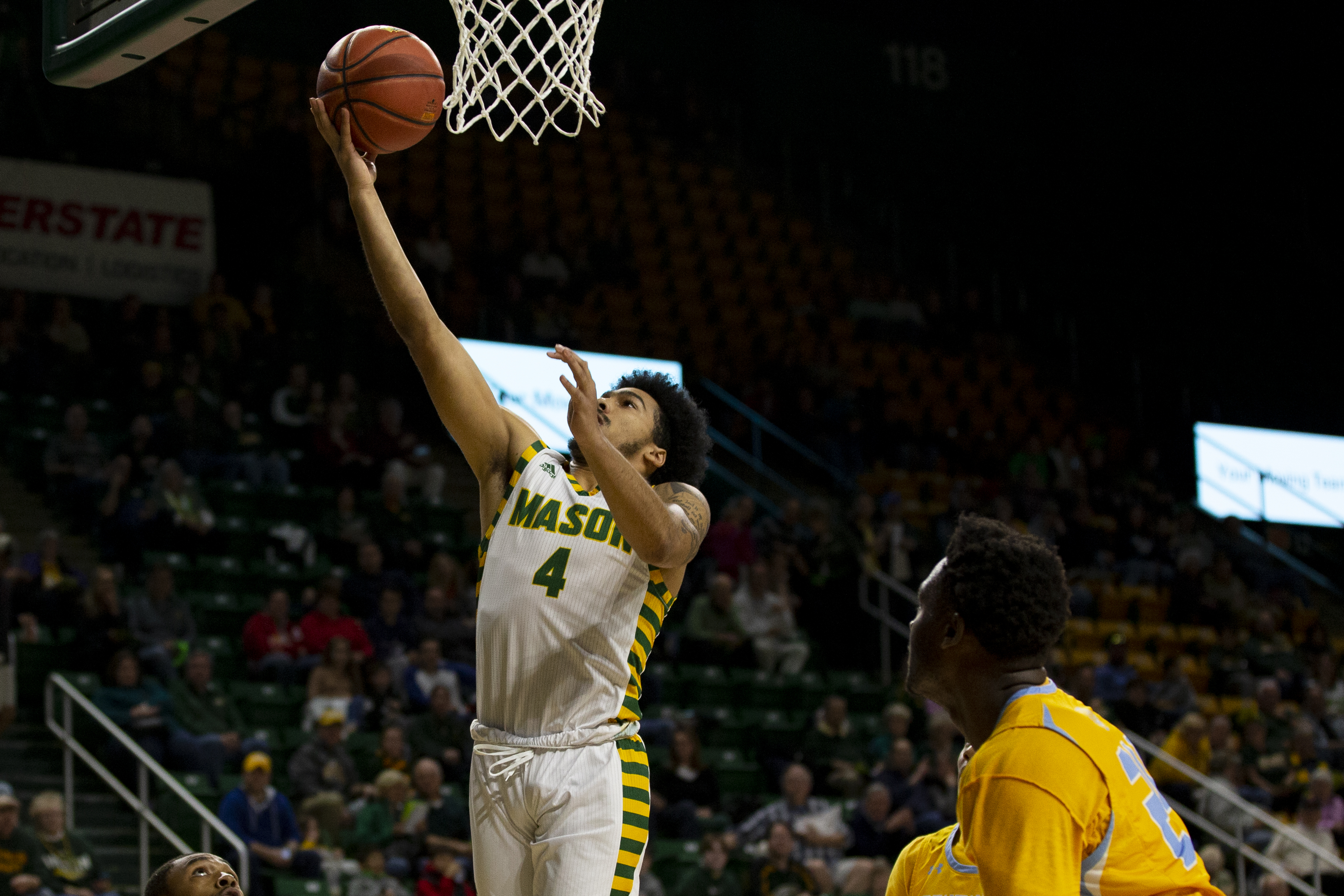 In the first of two campus games in the Emerald Coast Classic, Mason beat the Southern University Jaguars 69-65 Saturday, Nov.17. The Patriots improved to 1-3 after their first 0-3 start since 2002. Jaire Grayer, Justin Kier, Otis Livingston II and AJ Wilson all scored in double figures for the Patriots, while only Richard Lee and Eddie Reese did so for the Jaguars.

Wilson, a sophomore, scored 12 points, going 4-5 from the floor and making all four of his free throws. He also grabbed 11 rebounds and guarded the goal six blocks in 27 minutes.

Wilson has recorded multiple blocks in every game this season, recording three in each of the team’s first three games. This was Wilson’s second career double-double, with eight of Wilson’s points coming in the second half.

However, with 16 seconds left in the game, he was knocked to the ground after teammate Gonar Mar hit him with his elbow. Wilson had to be helped off the court while he dealt with a bloody nose. It was later stated that he was okay, and that the injury was a face contusion. At this time it is not known how much play he will miss on the court, if any.

Through Nov. 16, Mason was tied for 325th in the country for turnovers per game.

“We have to get better at taking care of the ball,” Paulsen said post-game. “It’s a tremendous concern for our team.”

Mason’s 33 rebounds in the four-point win held their fewest rebounds this season, as the team was averaging 39 rebounds per game before they faced Southern.

Wilson was the only Mason player to grab more than five rebounds, and accounted for three of the Patriot’s nine offensive rebounds. Losing him for any period of time may hurt the team’s rebounding totals.

Paulsen began the post game press conference by saying, “Well, it’s good to get the first win.” This game marks the first win of the season for Mason, even though it was close for most of the second half, as the team did not score in the last 3:48 of the game.

Mason plays three games next week, including two against Power 5 opponents. They take on North Carolina Central at 7 p.m. Tuesday at home before traveling to Niceville, Florida for their last two Emerald Coast Classic games.