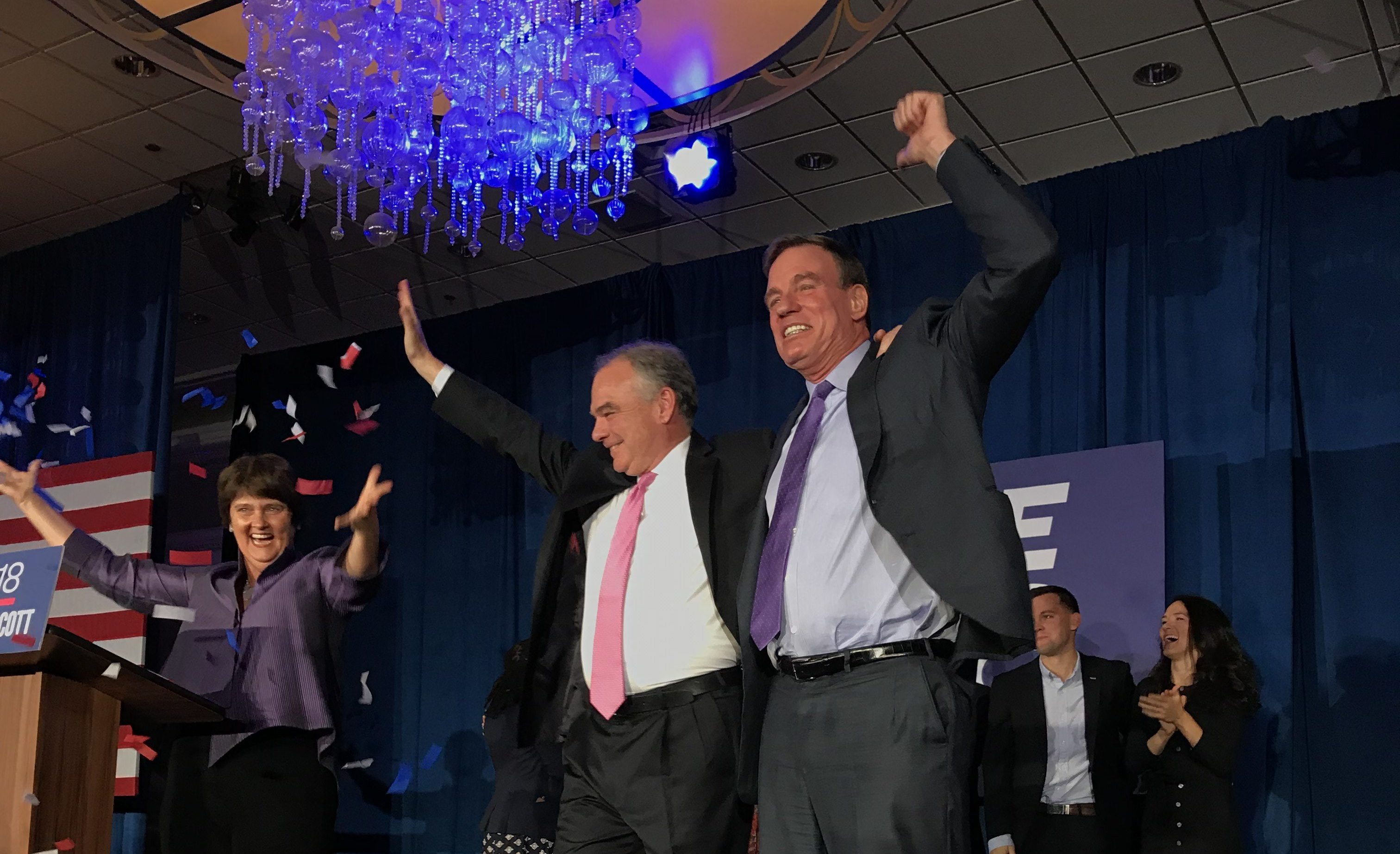 Kaine celebrates reelection and other Democratic victories in Virginia

The midterm elections kept the country in suspense as both Republicans and Democrats gained and lost seats in the House of Representatives and Senate.

In Virginia, the race between incumbent Sen. Tim Kaine and challenger Corey Stewart was called in favor of Kaine shortly after the polls closed on Tuesday, Nov. 6.

Many of Kaine’s friends, family members, supporters and staff attended his watch party in Falls Church on election night, and celebrated his and other Democrats’ victories across Virginia and the U.S.

Among the attendees was Lieutenant Governor Justin Fairfax.

“I am so proud of [Kaine] for his victory,” stated Fairfax. “I am also so proud of the great progressive energy we are showing here in Virginia and across the country tonight.”

The celebration took place in a Marriott Hotel ballroom, with televisions lining the walls providing live coverage of the election results from CNN and MSNBC. The crowd of Kaine supporters mingled and discussed their hopes for candidates like Jennifer Wexton, Abigail Spanberger, Leslie Cockburn and Elaine Luria as the results came in.

Kaine took the stage with his family to address his victory and thank his supporters and staff for all their hard work.

Many Kaine supporters also volunteered for other Democratic candidates in Virginia, like the George Mason Democrats (GMU Dems).

Campaign work began for GMU Dems the day college students returned to campus at the beginning of this semester.  Members of the group gathered multiple times per week, every week, until Election Day. They made phone calls to potential voters for both candidates in Virginia and in other competitive races across the U.S., like Beto O’Rourke in Texas.

Scicchitano elaborated that voter contacts include registering students to vote at Mason, calling voters across the country, canvassing in neighboring towns and texting voters to remind them about Election Day. 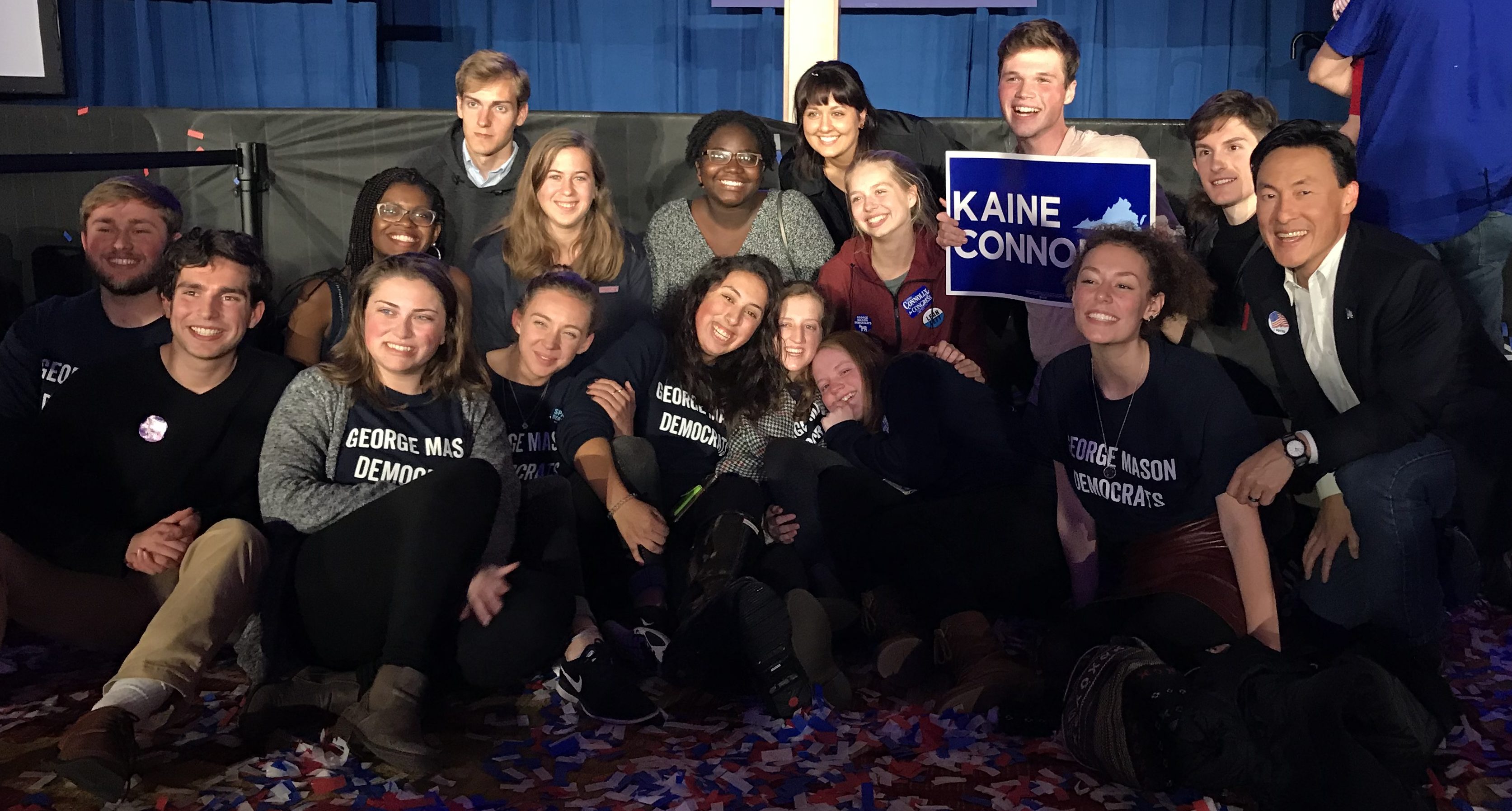 Other politicians in attendance at Kaine’s party applauded the efforts of young volunteers like GMU Dems. Virginia State Delegate Mark Keam stressed the importance of young people’s participation in the political process.

“It’s young people that are setting up for the next generations,” Keam said. “I am so proud of all of [them] that were out there voting and working hard.”