Women demand equality in this genERAtion

“We are here because we have unfinished business,” Virginia House Delegate Jennifer Carroll Foy announced over a hushed crowd at Mason. “Women are not entitled to equality under the United States Constitution.”

The crowd was gathered outside of Mason’s Ike’s Dining Hall on Nov. 11 to listen to community activists and elected officials discuss their plans to make Virginia the 38th state to pass the Equal Rights Amendment (ERA). If Virginia passes ERA, there would officially be enough states that have ratified ERA to make it an amendment in the U.S. Constitution. 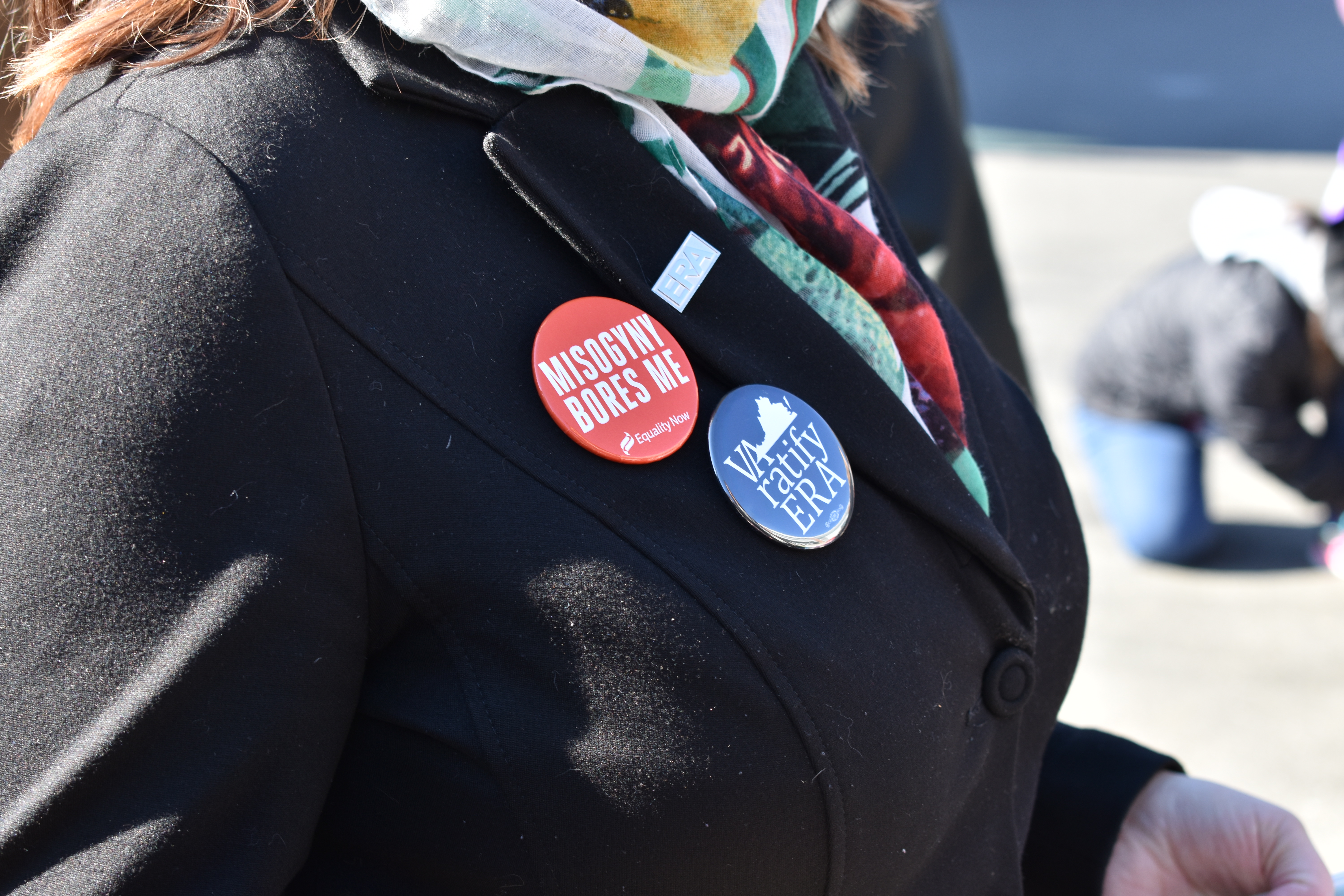 The event, 10 Days of ERA Bus Tour, began on Nov. 9 in Williamsburg at the College of William and Mary. The bus tour came from Richmond to Mason for its third day through Virginia. The goal of the bus tour is to raise awareness about ERA to people across the state.

Lisa Sales, the Fairfax County commissioner explained the importance of this event. “I found that there was a real connection between violence against women and equality.”

“I’m originally from California where [ERA] was ratified in the 1970s,” Sales continued, “so when I learned that Virginia had not ratified [ERA] I honestly felt so ignorant, but I got smart really quick.”

Sales coordinated with the organizers of 10 Days of ERA Bus Tour to ensure that it would make one of its stops at Mason. Sales explained that she wanted to make sure all Mason students were aware that ERA has not been ratified in the Constitution or in Virginia. 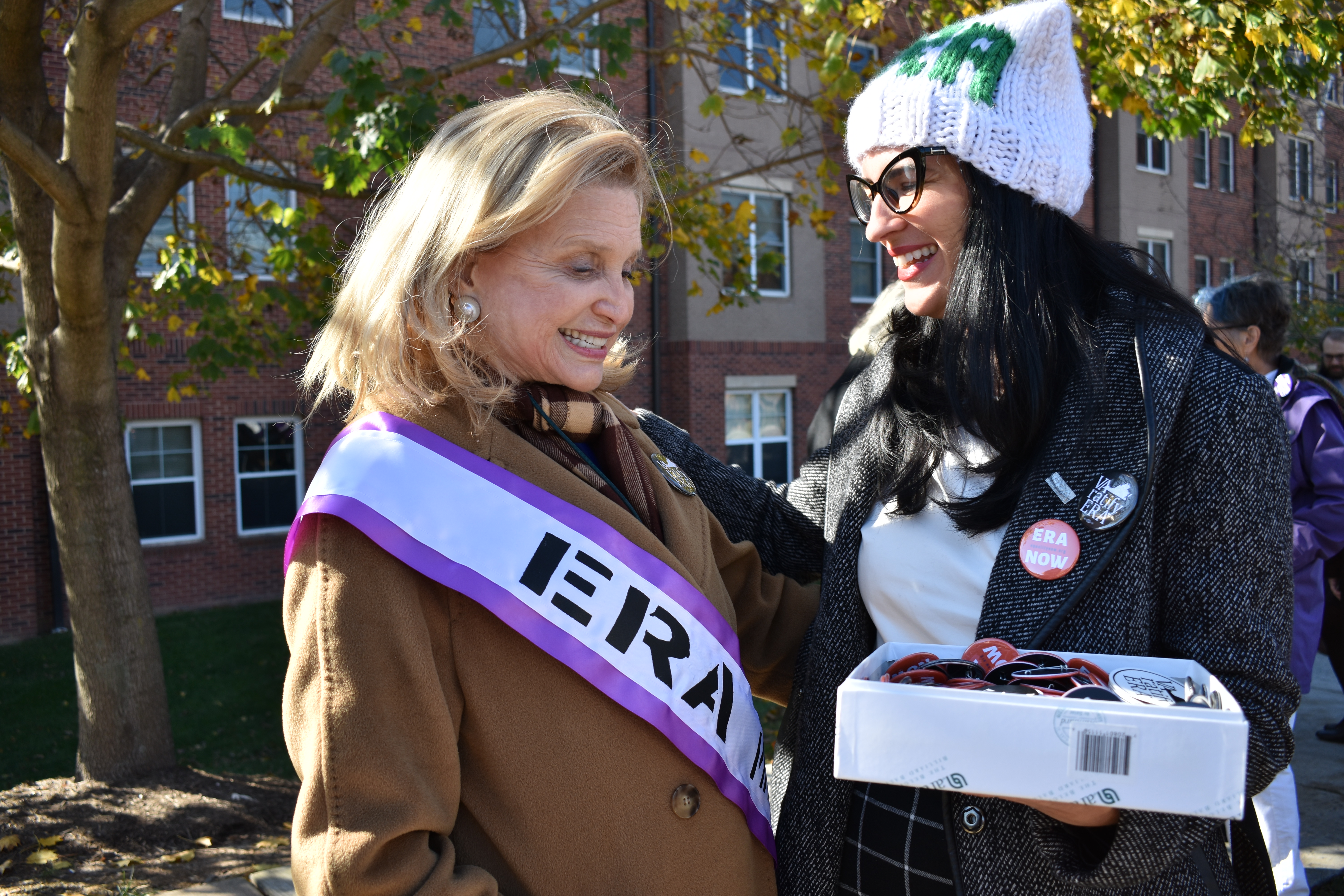 “I think a lot of women and men just expect that [ERA] is already [in the Constitution],” explained Kati Hornung, one of the minds behind the 10 Days of ERA Bus Tour.

Hornung recalled the moment she realized that women’s rights were not protected in the Constitution: “My daughter, who was nine at the time, approached me and said ‘Mom, did you know that Thomas Jefferson did not actually mean all men when he wrote ‘all men are created equal,’ and he definitely didn’t mean any women.’”

“A lot of people think that the 14th Amendment covers gender discrimination and it kind of does because that’s where we get the intermediate scrutiny level from.” She continued, “But the 14th Amendment only gives strict scrutiny to race, religion and country of origin. Because they wrote women out of that amendment, they give us intermediate scrutiny.”

In reality, 94 percent of Americans believe that ERA should be ratified in the Constitution.

Politicians like representatives Gerry Connolly and Carolyn Maloney have attempted to ratify ERA every term they have served in the House since they were first elected. 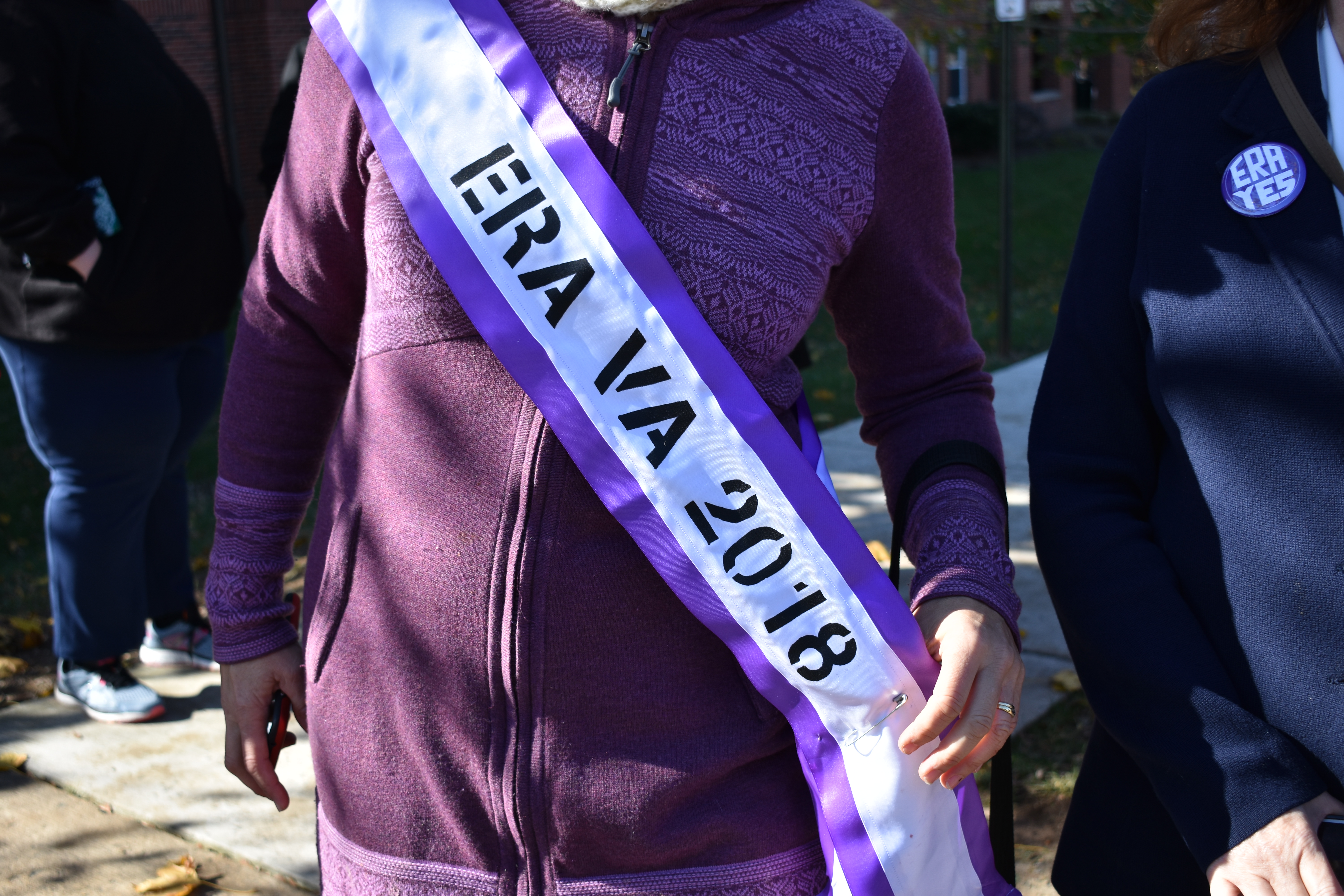 Maloney, who is related to the famous suffragette and author of ERA Alice Paul, has lead the fight in Congress to ratify ERA. Maloney stated that ERA would finally put women on equal footing in legal systems in every state in the U.S., not just the states that have ratified ERA on their own.

Connolly, an original co-sponsor of ERA with Molaney, explained that this time around, the chance of ratifying ERA feels different.

“There’s just so much going on right now,” he stated. “With the #MeToo Movement and all the misogyny coming out of Donald Trump’s mouth and the White House, there’s this growing sense of both alarm at what’s happening in this country and hope for the opportunities available to respond to [misogyny].”

“This election was driven and organized by women,” he continued. “Women took the lead this time in a very positive way, and that’s creating very positive results.”

Connolly and Molaney both credited Carroll Foy for bringing ERA to Virginia. 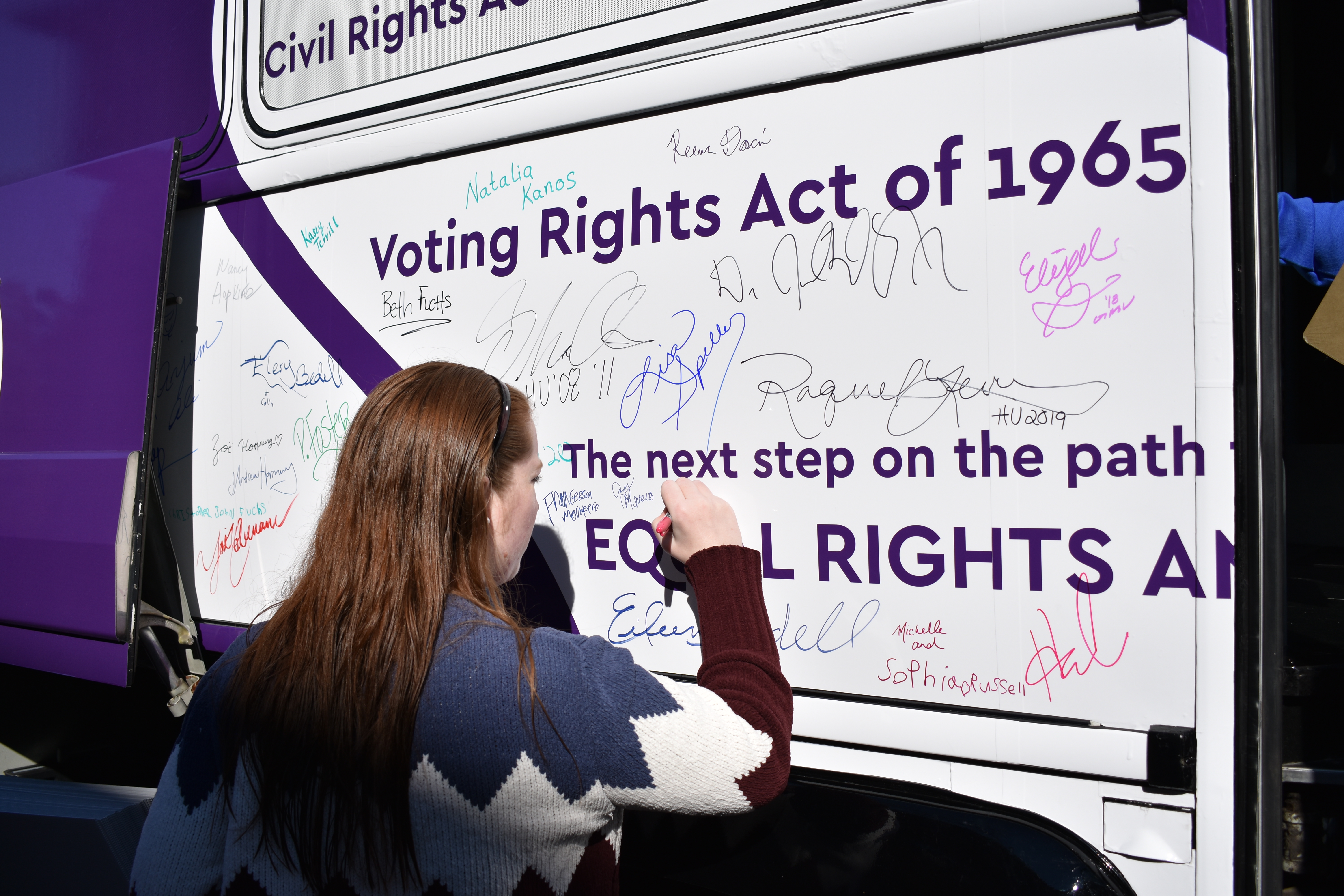 Foy is hopeful that ERA will be ratified in Virginia in 2019. She also expressed the importance of the intersectional benefits of ratifying ERA in Virginia and in the U.S.

“This will not only benefit some [women] but all women, especially minority women and women of color.” Foy explained that ratifying ERA would mean equal pay for all women in the U.S.

The way the crowd so enthusiastically gathered outside in the cold weather at Mason to listen to elected officials and activists describe their hopes for ERA to finally pass in Virginia and become an amendment in the Constitution reflected Hornung’s belief in what will finally make ERA become ratified in the Constitution.

“This only gets done when average Virginians step up to the plate and hold our politicians accountable.” She concluded, “We need to say ‘Not one more generation. We are done with this. It’s 2018 and we need this done.”