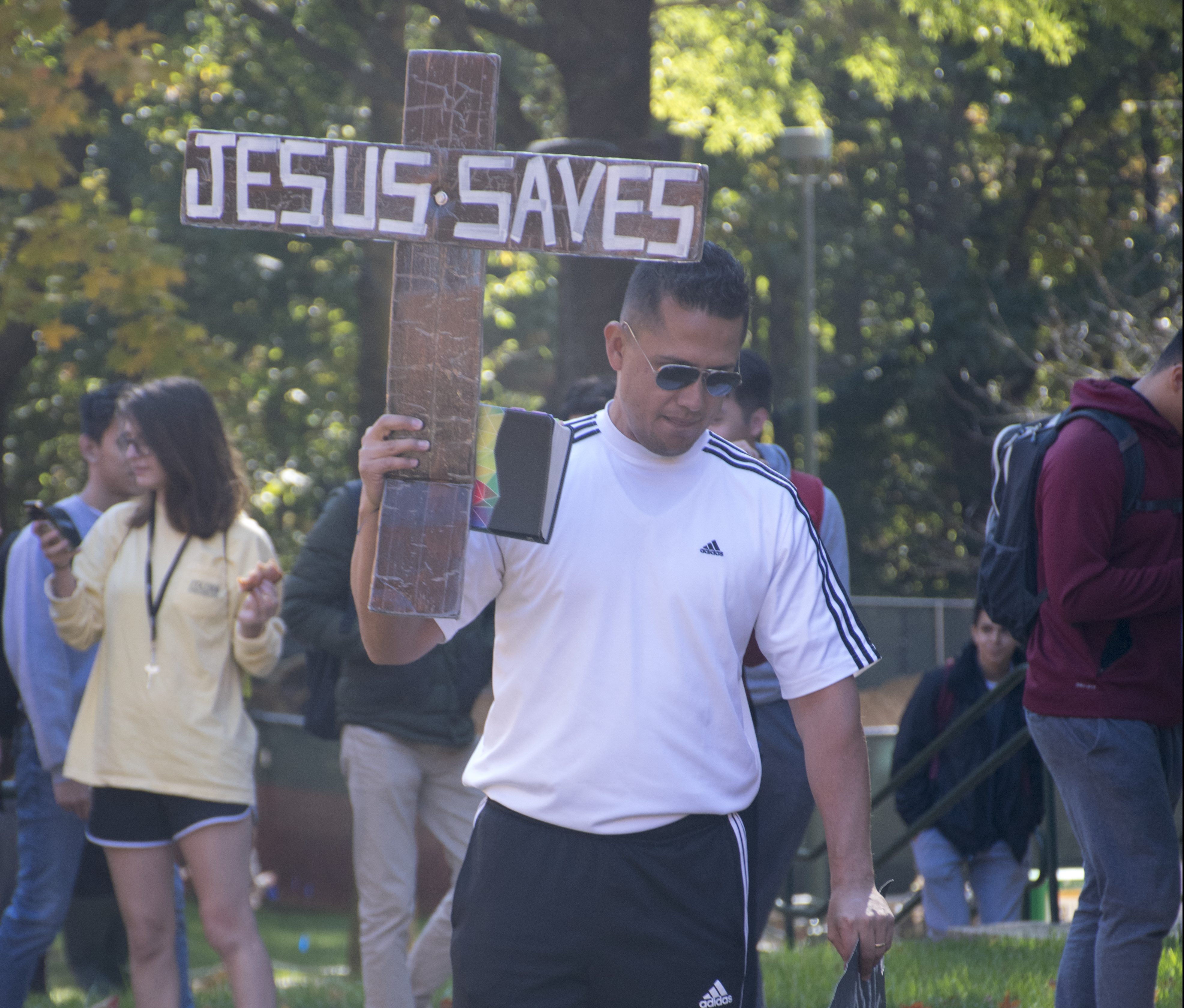 While antagonizing the preachers that visit our campus can be cathartic, it’s unproductive. They will not be swain, and instead see it as justification for proselytizing because we are apparently willfully ignorant of God, and thus need them to show us the light.

The holy book tells us to love our neighbors, unless they’re gay (Romans 1:26-27); not to kill people unless they’re non-believers (2 Chronicles 15:13); and not to bear false witness, unless you’re every dogmatic preacher that’s ever set foot outside the Johnson Center screaming “the word of God” at passersby while eagerly anticipating one of the “snowflakes” to get “triggered” and punch you. Messages as mixed as your fabric, you stand there and shout fundamentalist-Christian conservatism under the pretense of the Lord’s approval. But if He approves, neither you nor I can know that.

Let’s assume you’re right. Turn to Deuteronomy 28:53: “And thou shalt eat the fruit of thine own body, the flesh of thy sons and thy daughters, which the LORD thy God hath given thee[.]” Where is this divine punishment? If biblical morality is literal, then the punishment must be so as well.

Your “Christianity” may be the religion of love, as you claim, but it is only love of possibility, the love of others’ capacity to be Christian. Whatever God wanted me to do in life, I won’t know until I die. But neither will you.

You claim that we, the on-average liberal college students, are in dire need of Jesus Christ. Who are you to tell me what God, an omnipresent and omnipotent spirit far beyond our comprehension, has to say about the way I live my life? Who are you to say that this same omnipresent, omnipotent spirit has remained static since the Bible was written? Sounds like arrogance to claim we have the capacity for something God does not. If we can change, God must be able to as well.