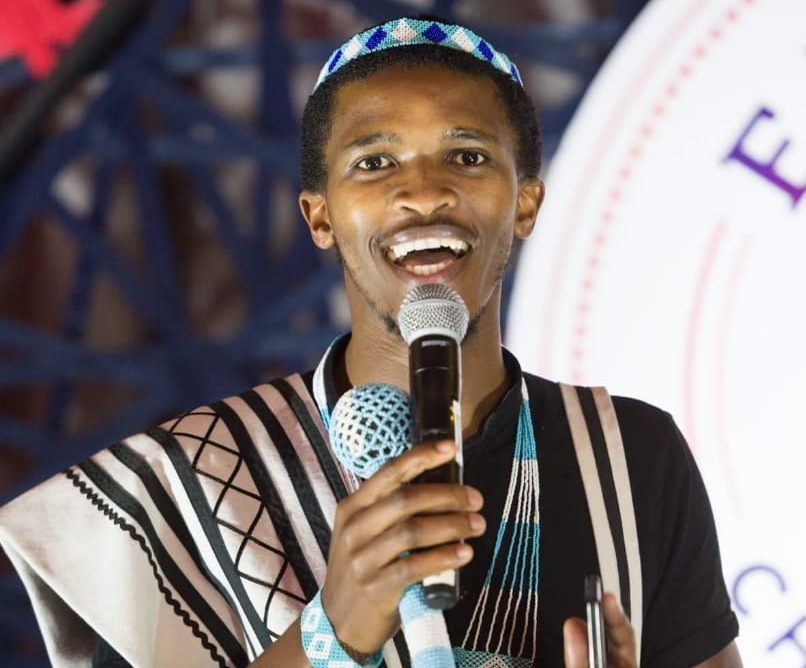 When Siyabulela Mandela first arrived at Mason, he was shocked by the overwhelming support he received. “The minute I stepped my foot into that school, all the needs that I had, [Mason] attended to,” Mandela said.

Mandela came in the summer of 2018 as a visiting scholar to complete his research dissertation titled “Preventive Diplomacy and Conflict Prevention in Africa.”

“George Mason University is considered … one of the leading institutions as far as the field of conflict resolutions is concerned,” Mandela said. “There isn’t any other place that I would go to.”

He highlights that the work of his grandfather, Nelson Mandela, hasn’t completely been accomplished yet. “Madiba said that after climbing a mountain, you realize that there are so many more mountains to climb,” said Mandela. Madiba is a term of endearment and means “father.” Nelson Mandela has often been referred to as Madiba by the general public.

Mandela plans on finding ways to climb those mountains through observing the underlying issues that cause conflicts. He notes that most of the conflicts arise from a lack of basic needs being met. “Overall, I am trying to find ways to bring about development in African countries and to find a way for the basic human needs to be attended to by the governments,” Mandela said.

He enjoys teaching very much and notes that teaching at Mason isn’t out of the question for him. “I have plans to come back and I have recently applied for a position to teach so it will depend on if the department will take me back,” said Mandela.

Mandela’s appreciation for Mason comes from his ability to access a lot more resources than Nelson Mandela University. “You will find that in our university, recent books are difficult to find,” Mandela said. “A book published in 2017 will be found 3 years later.” He highlights the John Burton library as being one of his favorite spots on the Arlington campus, since he was able to review Burton’s original work.

John Burton is one of Mandela’s influences in the field of diplomacy, peace, security and conflict resolution. “I have adopted … his strategy and techniques on how to resolve some of the chronic conflicts in the world and in my continent,” Mandela said. But he also states that his grandfather is the main reason why he decided to pursue this field and to continue his legacy. “Sometimes I sit and imagine that if the 1944 settlement did not happen, where my generation would be,” Mandela said. “[They would] probably be perished in a civil war, so I don’t want any country within my continent and the rest of the world to be in a position that it was.”

He cites that the greatest lesson he learned from his grandfather, besides the value of resilience, is the philosophy of Ubuntu—I am because you are. “We don’t believe in the sense of individualism but a sense of community,” Mandela said. “Your neighbor cannot go hungry when you have plenty.” He plans on eventually becoming a diplomat and working for the United Nations in the field of peace, security and development in undeveloped countries.

For Mandela, true peace is peace that addresses all levels of society and the basic human needs of everyone in the country are met. “A peace where everyone is treated equally and there isn’t suppression of one group by another,” Mandela said in regards to his idea of peace. He believes that level of peace has not yet been met due to the lack of responsible and accountable leaders in the political arena. “We need leaders that won’t see other people as other people, and instead see everyone as one human race,” Mandela said.

Just like his grandfather, Mandela doesn’t believe that violence is the answer to true peace. In fact, he believes that the only way to deal with corrupt leadership is by participating in the day-to-day running of the government. “We must keep our leaders accountable,” Mandela said.

He would also like to advance the interests of Africa and South Africa, although Mandela plans on sticking with academia for the time being.