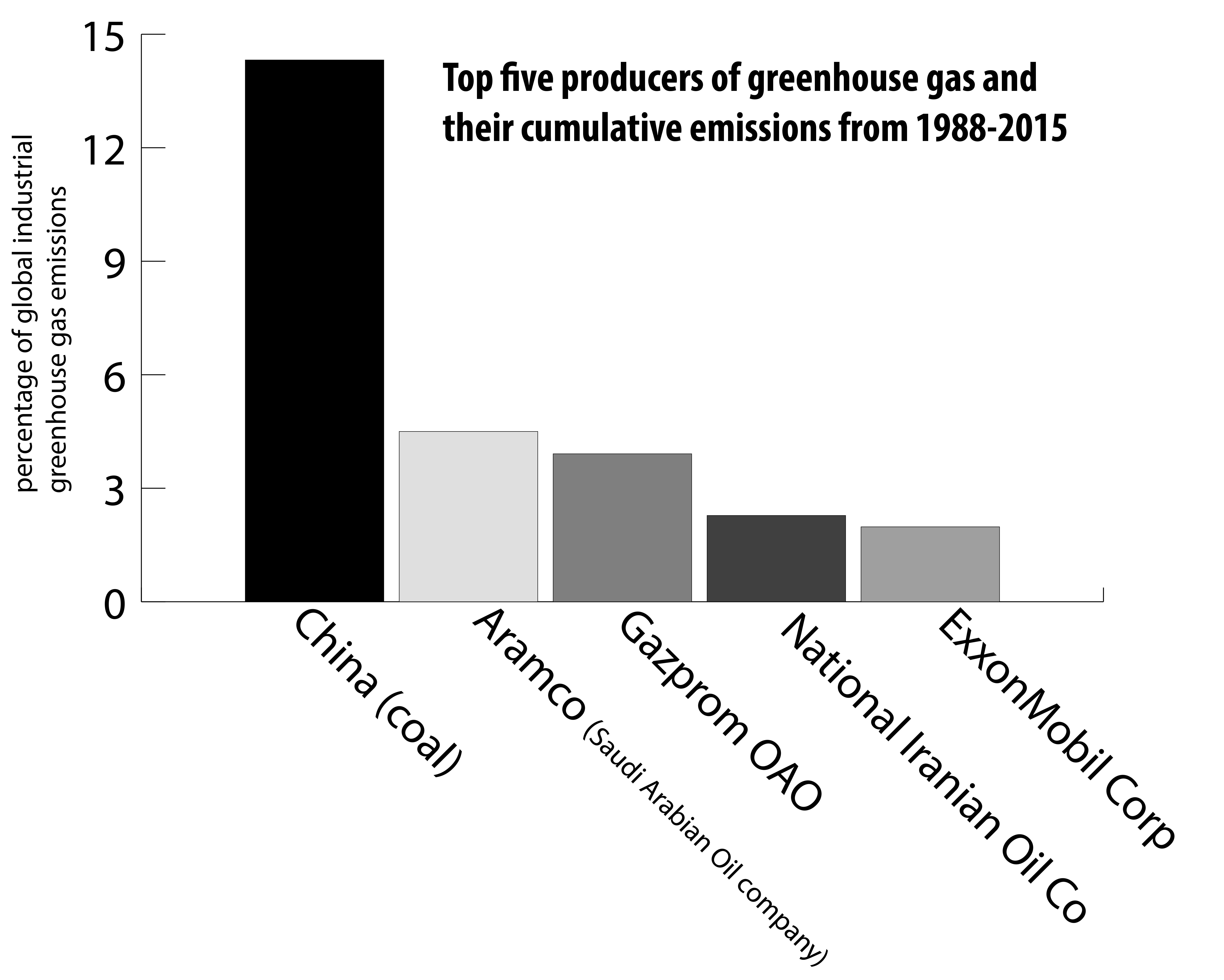 As you have probably heard, the global temperatures are rising and, of course, you are to blame. Media outlets, like Forbes and CNN, often address the issue of climate change in a singular way. For example, articles may read that the best way to fight climate change is to “be vegan” or “recycle.” These actions are of course wonderful, yet they completely miss the point that singular entities are not contributing to this global ailment. It makes me wonder, do we truly not have the power to look at data and place the blame not on an individual, but on a system as a whole?

Before acknowledging the systemic issues that cause climate change, it is important to understand some key points about the realities of it all. According to the National Aeronautics and Space Administration (NASA), the latest annual average anomaly in temperature was a rise of .9°C. When considering this report, we must take into account the data provided by the United Nations Intergovernmental Panel on Climate Change in their report titled “Global Warming of 1.5 °C,” which shows the overwhelming answers to what exactly an increase in temperature means. As we are on the fast track to the set-average increase of 2°C, we must realize that with this average temperature increase, we not only gain a warmer climate, but we obtain rising sea levels, coral reef degradation and a scarcity of water. In places like South Africa and California, we are already seeing devastating effects from global temperatures rising, which in turn is affecting the global health and economy. Nevertheless, while Forbes and CNN tell us that we are to blame for not being “vegan” or taking the time to “recycle,” we have electricity companies and the agricultural industry making up roughly 46% of all pollutants; and, this completely negates the fact there are other forms of pollutants coming from a wide variety of industries too. So, when we are seeing societies acclimating to water shortages, we must acknowledge that there is something larger than these adversaries in front of us. We have a methodology in America dedicated to keeping working class issues, like climate change, out of the minds of elected officials: our broken campaign finance system.

With the current state of wealth inequality, specifically in America, we are seeing a lack of political will from politicians to attack the issue of climate change simply because their pockets are only filled with the money from those who are not hurt by it. We have the big oil and gas companies donating to candidates at much higher levels than any one working-class person could. With data from OpenSecrets, a non-profit and non-partisan research group in D.C., the biggest gas and oil corporations, like the Koch Industries and ExxonMobil, have collectively donated over 57.1 million dollars in the 2018 election alone. There has been an absurd amount of money flowing into this election, specifically from the gas and oil industry, thus we have seen candidates both embracing and denouncing the science of climate change. We must follow the money when looking at these candidates and their stances. We have a system in place in which millions of dollars can be given to candidates to help get them elected, and once they’re elected, they do the work of their donors. Sadly, this is understandable seeing as how they only wish to keep their jobs. And, sequentially, money is what keeps them in their position. So, until we fix our broken campaign finance system, climate change and other pressing issues will only be an uphill battle. However, we must not turn a blind eye at this matter. When a candidate or already elected official does not listen to their constituents, whether it be with climate change or other matters, we must vote them out. We have the capability to effectively mobilize with grassroots, community-based organizing to help those elected understand that we want both climate change addressed, and our broken campaign finance system fixed. Take the time to act up and speak out about the issues that most condemn us.