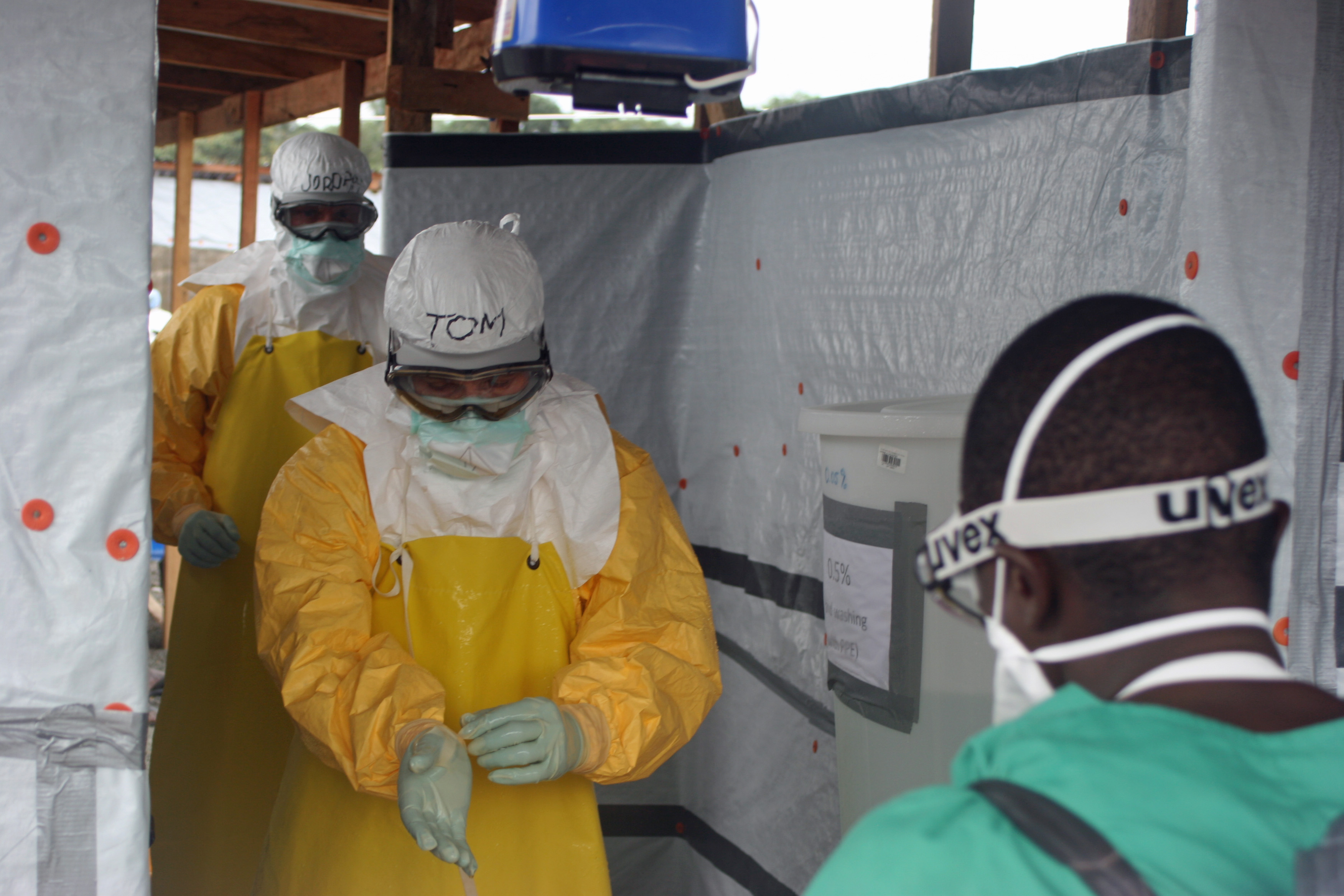 World-traveled doctor discusses his experience with diseases and viruses

Dr. Lucey’s career began in the 1980s, when he started working with the international organization Doctors Without Borders on pandemic diseases in San Francisco like HIV/AIDS. From there he moved to working on the Avian Influenza (also known as the bird flu) in China, Indonesia and Egypt, the Ebola virus in Sierra Leone and Liberia, the Zika virus in Brazil, and Yellow Fever in the Democratic Republic of the Congo.

His dedication to learning and helping others pushed him to go straight to the front lines of these epidemics, regardless of whether he was backed by U.S. organizations.

“I’m looking to work abroad such as Dr. Lucey does, and it’s impressive that he has so much experience doing so,” Taylor said. “He’s an inspiration, because he’s not just there as a doctor, but he really understands the big picture.”

Dr. Lucey stressed one aspect of dealing with the big picture, “When things seem overwhelming, break it down into smaller ideas, and do whatever you can to make it a little better, even if that means at the very least you choose the least bad solution.”

He practiced this strategy while helping in Liberia in 2014, during the Ebola crisis. As a doctor, he was restricted to no more than a 90-minute timespan for providing medical assistance. This time restriction existed because the heat was so brutal that doctors would overheat in their full protective clothing. To compensate, stronger victims of the Ebola virus would help weaker ones by giving them large amounts of water.

One way to educate the public and to prevent future crises such as the ones that these epidemics caused is to create a place for this information to be readily available to everyone. Partnering with the National Museum of Natural History, Dr. Lucey accomplished this with the exhibit “Outbreak: Epidemics in a Connected World,” open from May 2018 until May 2021.

“By informing people of epidemics, I hope to reduce fear of them and stop the stigma surrounding people who had [the illness] or [were] near it,” Dr. Lucey said.

To senior Karina Moreno, the speech Dr. Lucey gave to MAPS demonstrated his commitment to teaching others about epidemic diseases. “I know now how going there first and learning as much as possible benefits everyone,” Moreno said.

The Next Chapter In Ending Sexual Violence At Mason