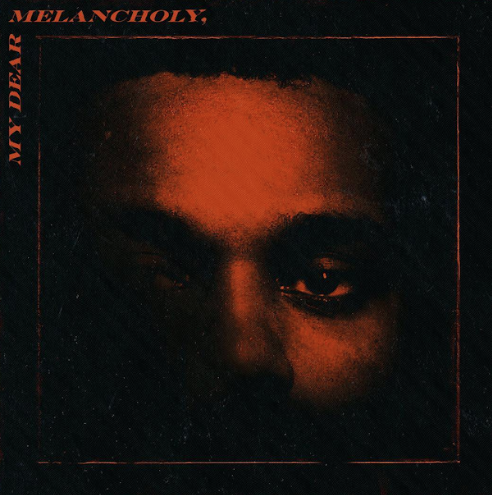 When Abel Tesfaye — also known as The Weeknd — first came onto the music scene in 2011 it was with a series of mixtapes. These tapes were known for their moody atmosphere, drugged out production, and haunting vocals. These tapes came to be known as “Trilogy” and had a big influence on modern R&B as we know it today.

The Weeknd made his foray into the mainstream with “Beauty Behind The Madness”, an inconsistent mess of an album with only a handful of great songs. He followed that album up with “Starboy”, which was a much more cohesive record while it still having plenty of songs catering to the pop music demographic. At this point it was beginning to look like the Weeknd abandoned the artistic style he crafted with “Trilogy”.

With “My Dear Melancholy”, Tesfaye returns to his roots: dark, moody, atmospheric R&B, culminating in easily the most exciting release of the year so far.

On “Call Out My Name”, Tesfaye delivers a heart breaking vocal performance, alluding to his recent break up with Selena Gomez, singing “I almost cut a piece of myself for your life.” Fans theorize that he was speaking literally since Gomez needed a kidney transplant in October last year.

“Try Me” follows up with a glitzy synth melody and a plea by Tesfaye to unnamed woman to “put her pride aside” and give him a chance. On “Wasted Times” Tesfaye sings about how he’s not trying to catch feelings.

Skrillex carries the production on it and delivers a colorful distortion to Tesfaye’s vocals near the end of the song in easily the catchiest moment on the project.

There are rumors that Tesfaye is preparing to release a follow up this project, which might make sense because it’s just barely 20 minutes long with six songs in total. It’s safe to say that the Weeknd is entering a new chapter in his career, one where he keeps making and releasing music of this caliber.

A look at Mason students who are also parents