Mason has impressive buildings and great scenery. However, Jeff Yu, vice president of the Mural Brigade, said that “our campus is very ‘businesslike’.” Mason’s campus can be described as elegant and sophisticated, but it lacks artistry that stands out and represents the Patriot spirit. 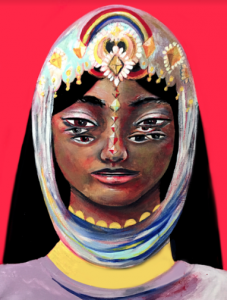 Yu and his fellow students in the organization decided to do something about it. It began when Finn Fisk, the Mural Brigade’s creative director, decided in October 2016 that she wanted to make our campus more interesting and creative.

Fisk went to Professor Don Russell, the university curator at the Arts and Design building, and asked for his assistance in fulfilling her vision. Since then, Finn along with the rest of the Mural Brigade team and Russell, have been working on creating murals and creating Finn’s vision, for which she is incredibly thankful.

So far, two murals were created. One of these murals was created by Mason student Reed Griffith, who has been receiving designs from students who were interested in the project and wanted to work on the mural.

Griffith, an artist himself, has been able to adapt other students’ designs into a mural. The other mural was created by professional artist Maricama. Maricama is an artist based in Virginia Beach.

In addition to painting, Maricama also creates “fantastical plays, puppets, performances, paintings, illustration, comics, and videos with the intention to raise the vibration of the collective consciousness,” says Yu. 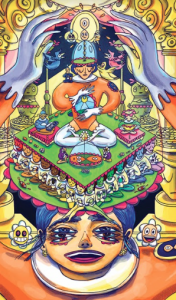 Maricama’s mural will be on display by the side of the arts and design building while Yu’s mural can be seen from The Mix.

On April 7, there will be a festival outside of the Arts and Design building from 2 p.m. to 6 p.m. celebrating the newest addition to Mason’s campus. Students will get a chance to participate in games, eat food, and listen to some music. Students will also get a chance to meet the artists. The Mural Brigade is working on three more murals that will be unveiled on Sept. 7. If students have any designs that they would like to showcase, send an email to ffisk@masonlive.gmu.edu.

A Woman Who Hikes Her Mountain Dreams