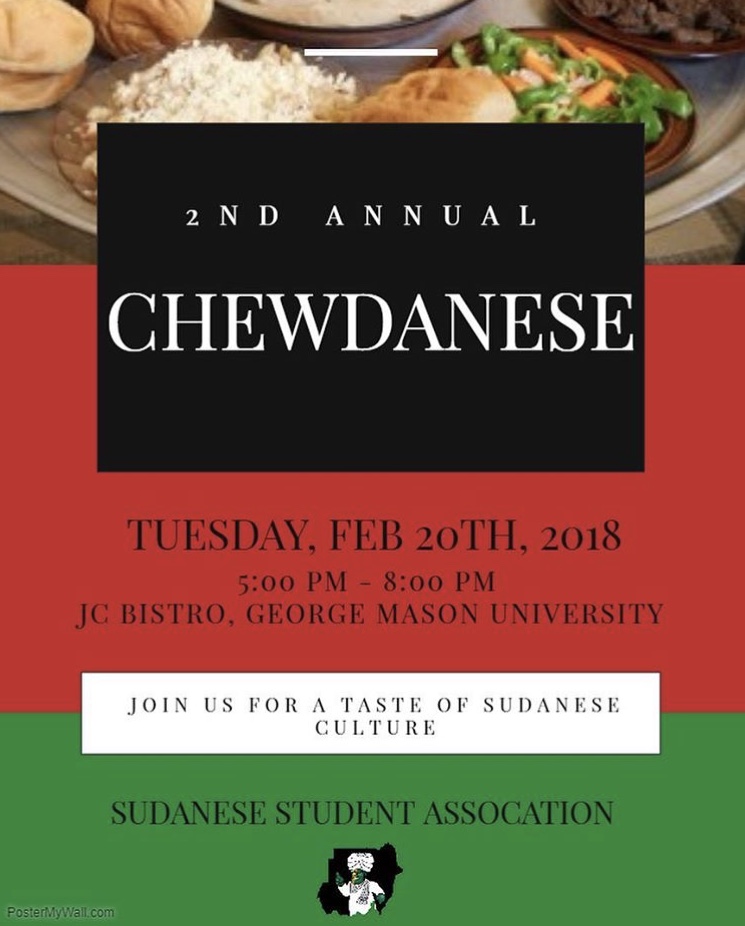 “This was an opportunity to educate people on Sudan’s history, their food, their culture — everything the country has to offer that you don’t normally get to see on TV,” said Aiyha Abdelbagi, the club’s president.

“A lot of our events are centered around people who are African or Sudanese,” she said. “But this time we wanted people of other cultures and ethnicities to come as well and I think we definitely achieved that.”

The event started with a short video showing the day-to-day life of people in Sudan. The footage was captured by the club’s very own Vice President Alaa Ali. Afterwards, the rest of the executive board introduced themselves to the audience and took time to lay out their agenda for the new year.

The club also debuted the new t-shirts for the year. This year’s shirt included a design of a “Raksha,” the three-wheeled taxi which is a popular form of transportation in Sudan.

Later in the night, the musical performances began. Mason Student and local hip-hop artist known by the name of Chud took to the stage.

“Performing at SSA for the Chewdanese event was nice,” he said. “I always enjoy the stage, and any opportunity I get to perform I’m always grateful for.”

Summer Nights. It’ll be taking place sometime in April. But they hope to announce a solid date soon.

“Our next big event will be Summer Nights which will basically be an art appreciation event where we’re going to have people perform, show visual art, dance, sing, rap,” President Abdelbagi said. “Basically showcase their art. It’s not limited to Sudanese people either! This is an event where everybody can come showcase their art.”

The club is currently accepting submissions at gmussa16@gmail.com. The deadline is March 5.