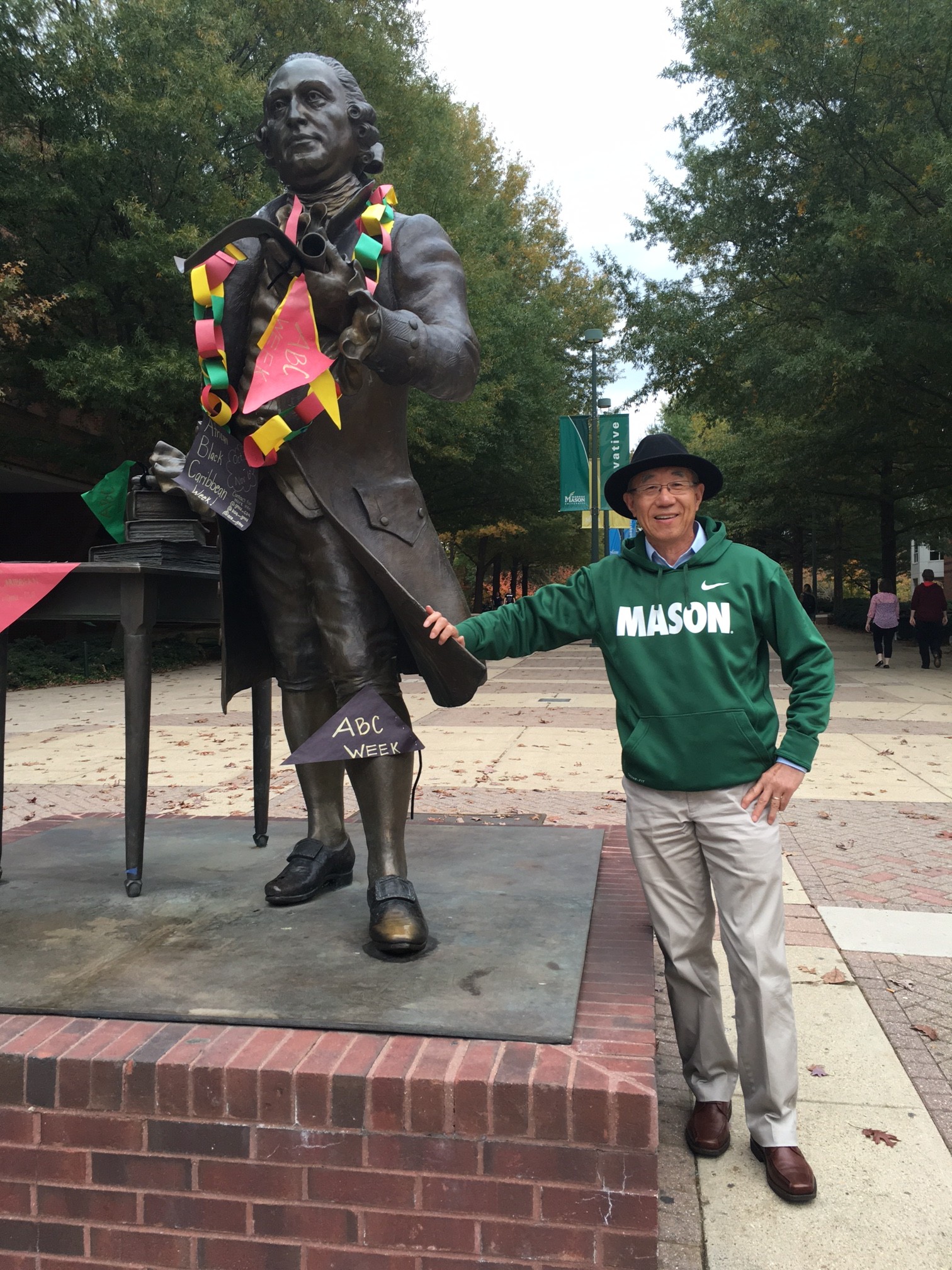 Dr. Yu, formally one of the two Associate Directors of Diversity, Inclusion, and Multicultural Education at GMU. (Photo courtesy of Dr. Shaoxian Yu)

Dr. Shaoxian Yu, one of the two former Associate Directors of Diversity, Inclusion, and Multicultural Education at Mason, has come forward to discuss his “termination without cause” from University Life. Since his last day of employment Nov. 3, he has come forward to share what he describes as the toxic work environment of University Life, which he believes led to his termination.

“I’m speaking out because this isn’t just about me, but Mason as a community and justice students deserve,” Yu said.

On Feb. 3 of this year, Yu said he received a letter from the former Assistant Vice President of University Life Jana Hurley with oversight from the Vice President of University Life Rose Pascarell notifying him of his “termination without cause.” Since Virginia is a right-to-work and at-will employment state, this means the university can terminate an employee at any time without clarifying a reason, according to the Administrative/Professional Faculty Handbook.

The handbook also stipulates that employees who are terminated without cause must receive the correct notification period according to how long they have been employed at the University. According to Yu, he was given nine months notice where he was transferred to work in INTO Mason, an English language preparation program for international students. When Fourth Estate last covered Yu’s case in March, he declined an interview for fear he would be terminated immediately.

Yu released a letter to the Mason community on Nov. 3 to share his side of the story. To give some personal insight, he said that the shocking decision for his separation came after he scored a two for his performance rating after only receiving fours and threes out of four during his entire 13 years working at Mason.

“Sadly, I believe this decision was in retaliation against me because I raised serious issues and concerns regarding UL administration,” Yu said.

He added that the culture of University Life administration demands you must follow the chain of command no matter what.

“The office feels micro-managed and intimidated to not rock the boat,” Yu said. “I respectfully and directly spoke against these behaviors of University Life supervisors because I believed their actions were seriously harming the staff’s ability to serve students and address students’ concerns.”

“We are the largest minority group at 14 percent on campus,” Tsuda said.

In this regard, Erica Lee, president of the Korean-American Student Association, is concerned about representation in the administration.

“To fire the only Asian American in [University Life] is upsetting,” Lee said. “We spoke to University Life about how without him, we don’t have anyone to go to. Their response was he shouldn’t be the only person. They didn’t offer us a support system, but instead expected us to find it on our own.”

Mason graduate JC Videna, past president of the Filipino Cultural Association for the 2014-2015 school year, said Yu’s support of students was incomparable.

“He wasn’t just an academic advisor. He actively sought to build personal relationships with students as a mentor and did the intangible things you could never ask for,” Videna said. “When I was going through some really hard times, he was there to help me through them. You could just go into his office and talk about anything. To see him leave is so upsetting because I know students aren’t getting that kind of support from University Life now.”

Students held a meeting with Pascarell and others in University Life last March, Lee said, to try to address their concerns and to receive some clarification.

“They said why he was ‘terminated without cause’ involves a personal issue. They weren’t allowed to tell us specifics, but said they were legally allowed to tell him. Pascarell specifically said that if Dr. Yu wanted to ask her, he could contact her directly. Only she never responded to any of his emails,” Lee said.

Yu said that to this day both President Angel Cabrera and Pascarell have not responded to him. Also, to this date the university has not made a statement on Yu, and Pascarell did not respond for a request to comment on either this article or the last.

Lee added students were tired of their voices not being heard.

“In response to Dr. Yu’s termination without cause, leaders in the Asian Pacific American Association created a group called ‘Break the Silence,’” Lee said. “With support from many other cultural organizations on campus, we released a letter of solidarity, a list of demands, and a petition for his reinstatement on Facebook.”

To this date the petition has received just over 2,300 signatures.

Yu said he was amazed and so proud of the students.

“The petition will bring positive change regardless of the outcome because all of them showed in real time how to fight for justice. With this response, University Life had to pay attention to some of their demands,” Yu said.

Tsuda said that with the guidance of Pascarell on diversity issues, though not necessarily regarding Yu specifically, the administration has communicated fairly well.

“They created the Student Diversity Advisory Board to address concerns we have directly. So far it hasn’t had a huge impact, but has accomplished little things,” Tsuda said.

Tsuda also said the Break the Silence movement has and will continue to be impactful.

“We called them out on their diversity they claimed they had [through Break the Silence],” Tsuda said.

Yu said that there is a high turnover rate in University Life staff because of the intimidation and fear factor, and many staff who leave are minorities and people of color.

“It has broken my heart to see so many talented and committed staff to University Life leave over the years. Privately some staff members have told me that they support me but they are vulnerable to speak out,” Yu said.

Rodrigo Velasquez, who was heavily involved with Yu’s petition last year as the past President of Mason Dreamers, a supportive organization for the Asian Pacific American Coalition and Break the Silence, said many came to him to talk about University Life.

“Many of these UL members told me in confidentiality [that they felt the intimidation] after they left because of similar constraints to Dr. Yu,” Velasquez said.

Velasquez added his thoughts on the idea behind termination without cause.

“What University Life did when they terminated him without cause wasn’t unlawful but unethical because it harmed students,” Velasquez said.

What Yu wants to happen more than anything is to see the culture of University Life administration change.

“University Life administration! The University Life staff do a fantastic job for our students and you don’t need to use the chain of command to lead.  A healthier workplace culture can be created if staff are more inspired to serve our students instead of being intimidated,” Yu said.

Lee added that if diversity is such a selling point it needs to be reflected more in our staff.

“University Life needs actions to back up words about inclusive practices,” Lee said.

Tsuda, Lee, Miller, Videna, Velasquez and Yu all made the comment that diversity is meaningless without inclusion.

In this regard, “Their silence speaks volumes,” Velasquez said.