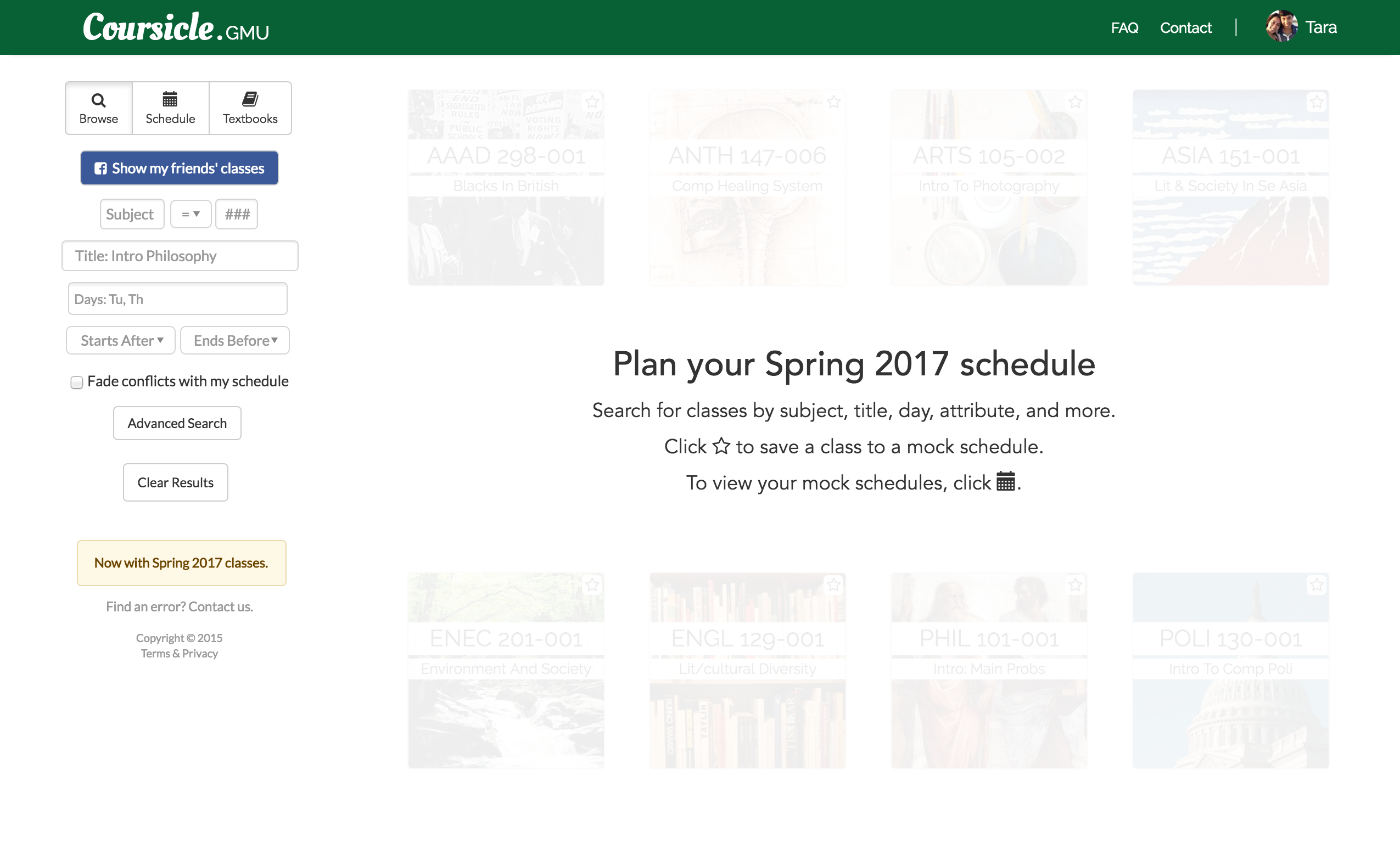 With registration for the upcoming spring semester now underway at Mason, the scheduling tool Coursicle seeks to provide students with an easy-to-use alternative to spending hours trying to find the right combination of classes or poring over the course catalog.

Coursicle is a free online course scheduling and planning service that currently supports more than 200 colleges and universities nationwide. The tool allows students to browse and assemble schedules, notifies users when seats in classes become available and even compares users’ schedules with Facebook friends who also use Coursicle.

“Coursicle really came out of a pain that we as well as our friends were experiencing while we were students,” Coursicle Cofounder Joe Puccio said.

Puccio and fellow cofounder Tara Aida have been working full time on the service since graduating from their respective colleges last May, Puccio said. Aida studied math and physics at Harvard, while Puccio studied math and computer science at the University of North Carolina-Chapel Hill.

Puccio said that Coursicle was inspired by his and Aida’s own experiences at college.

“When I was an incoming first-year at UNC, I spent several hours trying to plan out my class schedule, and then when I finally went to register for my classes, I got into only one of the five I needed to take,” Puccio said.

According to Puccio, he began working on a program that would text him that same night when seats in classes he wanted became vacant. Then one of his friends suggested that he make the program available to other students. According to Puccio, roughly 900 students had signed up for Coursicle by the end of that registration period, and the number doubled the next semester; now 80 percent of students at his alma mater use Coursicle, and the service’s reach is only growing.

“A few months later, Tara suggested we try to solve the other side of registration: the arduous process of figuring out what classes to take and trying to fit them all into a non-overlapping schedule,” Puccio said. 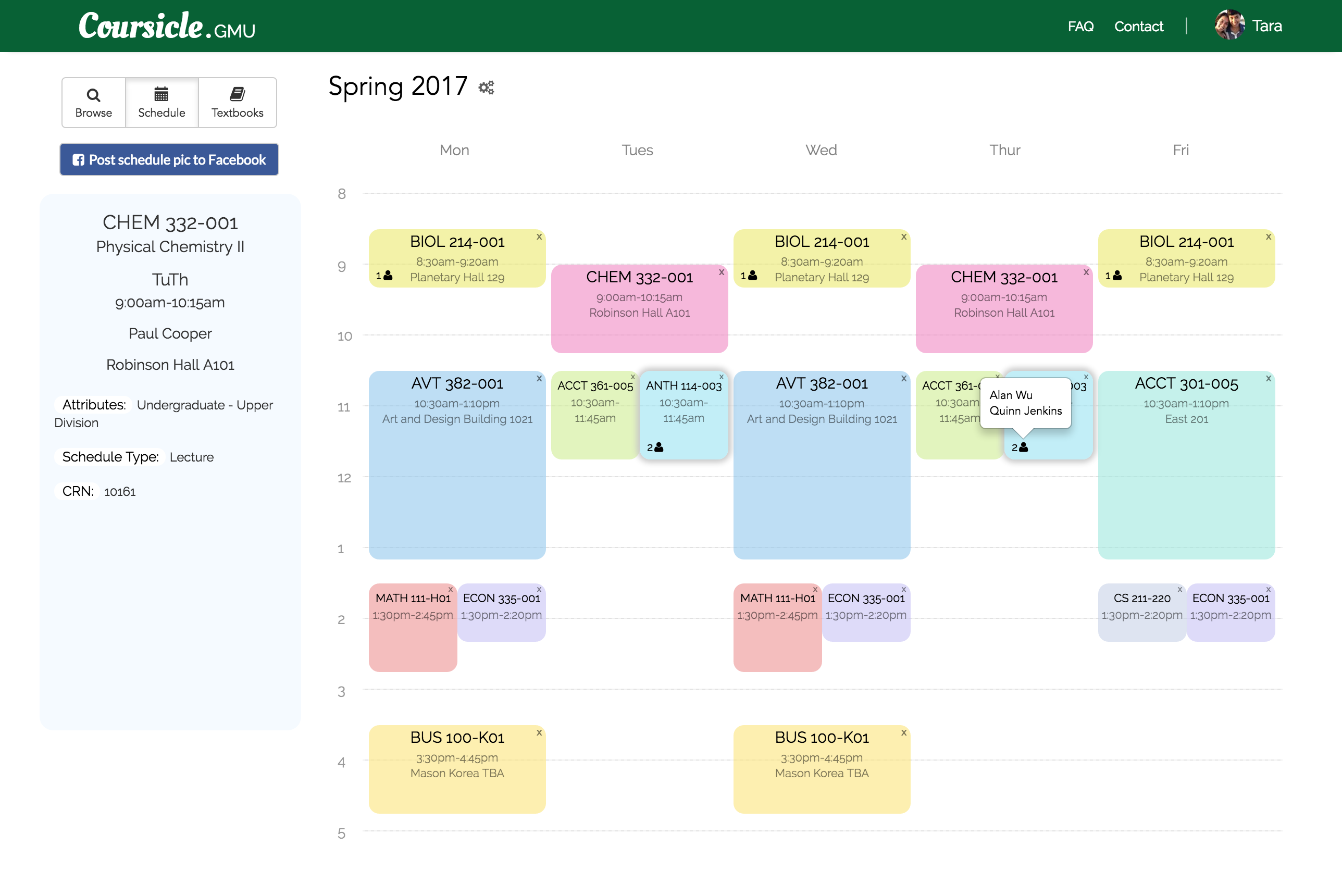 Puccio claimed that he and Aida received hundreds of requests from students that Coursicle add support for their colleges since Blackboard had discontinued MyEdu, a similar course scheduling program. MyEdu was used by millions of students nationwide and supported over 800 schools, including Mason. Blackboard purchased MyEdu in 2014 and shut the service down recently.

“Since then, we’ve really been trying to fill the gap MyEdu has left,” Puccio said.

Puccio explained that technological inadequacies are partly to blame for students’ struggle to formulate cohesive schedules. According to him, the software that universities provide to search available classes and plan their course load are frequently outdated and tedious to use.

“One key difference is that, unlike most scheduling tools, Coursicle allows students to sign up to receive a text message when a class they want to take has an available seat. Another difference is that we’re actively developing Coursicle and adding features that students request,” Puccio said. 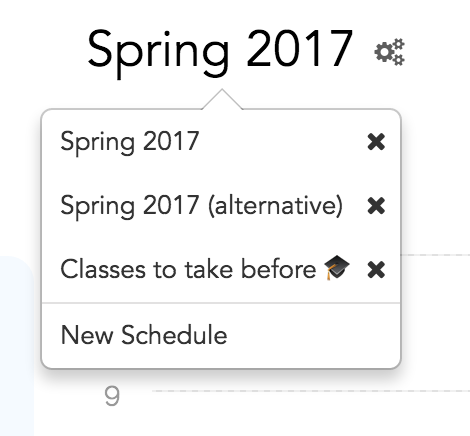 He added that the majority of course scheduling programs and services available to students are updated infrequently and can be difficult to use. Additionally, many alternatives to Coursicle assume that students already know what classes they need to take and that they merely want to see possible combinations and permutations. With the creation of Coursicle, Puccio said he hopes to make course scheduling easier and fix these problems for students.

Katya is a public relations and journalism student at George Mason University. She grew up overseas in a multilingual military household, and speaks Russian, English, German and Lithuanian. Her first language is probably sarcasm though. She is an equal opportunity pet person who loves both dogs and cats.
View all posts by katyabeisel →