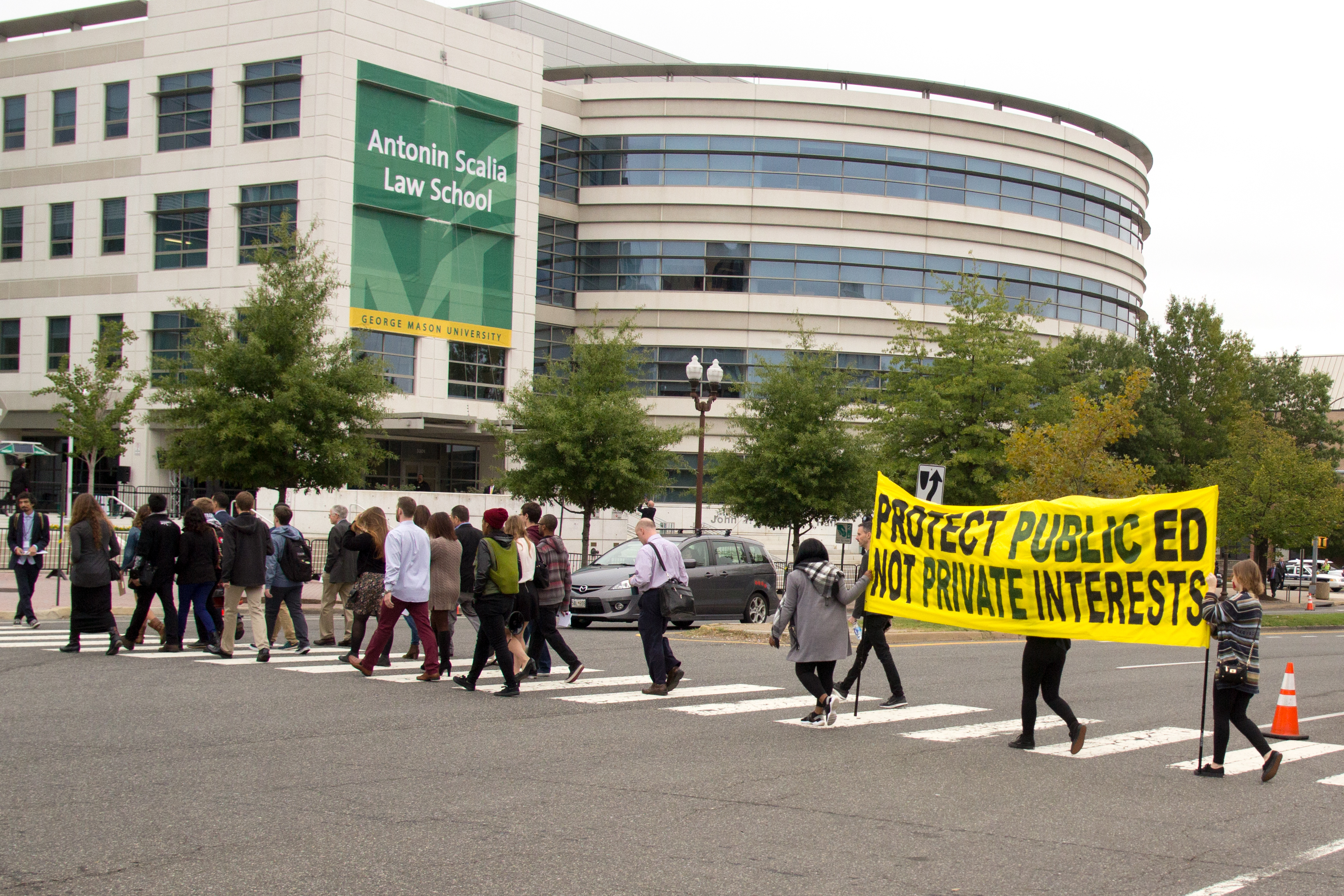 Students and professors on their way to protest in front of Antonin Scalia Law School. (Photo credit: Julian Berger)

The protest was held outside the Antonin Scalia Law School opening ceremony on Mason’s Arlington campus where six Supreme Court Justices and countless dignitaries were in attendance.

In March of this year, Mason accepted a $10 million donation from Charles Koch in addition to $20 million from an anonymous donor. These donations sparked a huge controversy, as many members of the Mason community do not approve of the huge donation from Koch and say they feel that it is not leading the university in the right direction.

While the Koch Foundation has donated just more than $109 million to universities and institutions from 2005–2014, Mason has received a record high of $77.7 million from 2005–2014 alone, according to the Polluter Watch website, a project of Greenpeace. 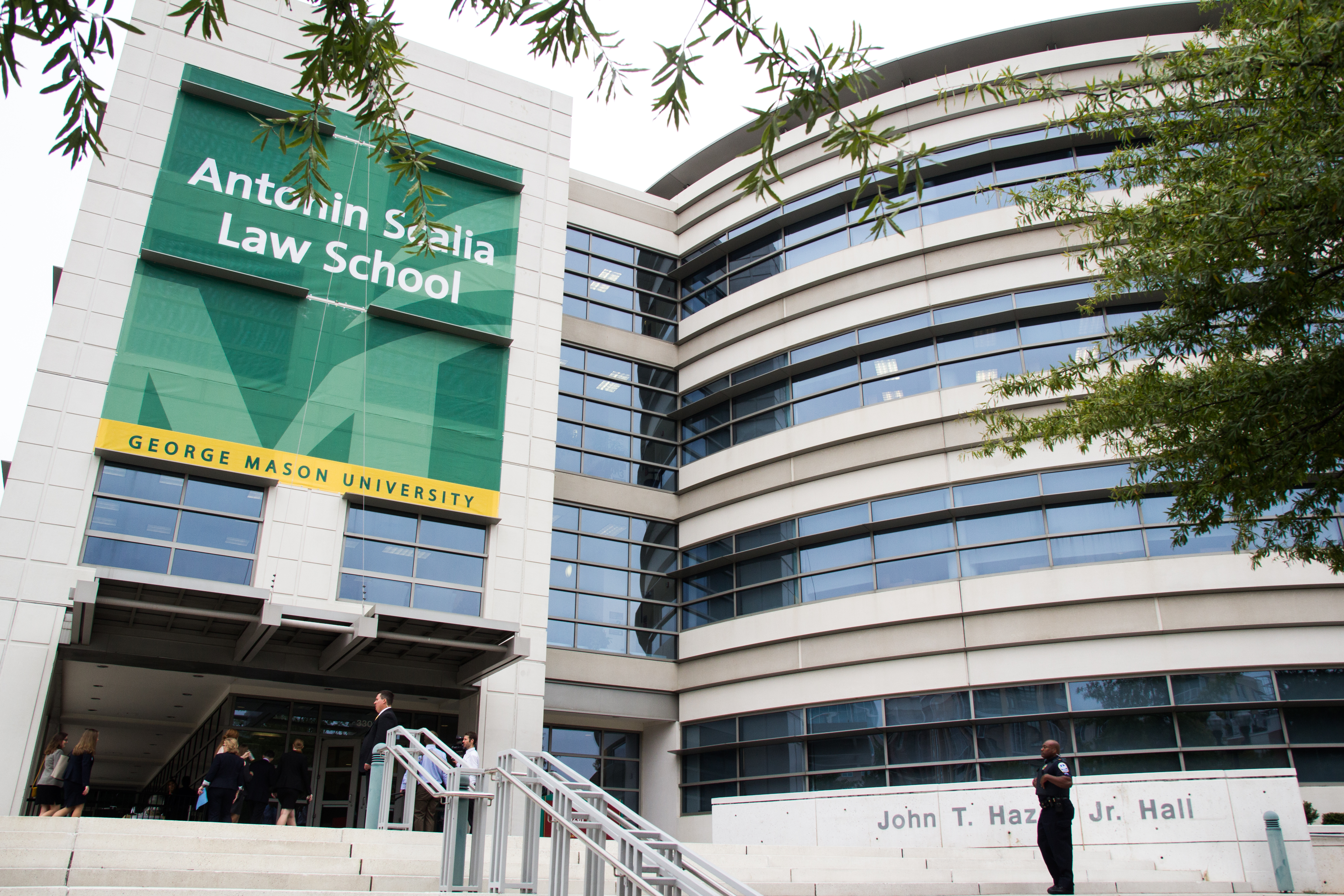 Undergraduate students and co-presidents of Transparent GMU Janine Gaspari and Mark Hammond, who organized the event in coordination with UnKoch My Campus, rallied the support of people across the community, including Mason students, faculty and Virginia State Delegate Marcus Simon (D-53rd). Several individuals made speeches, including Mason professors David Kuebrich and Craig Willse, Gaspari, Hammond and Simon. Janine Gaspari , a Co-President of Transparent GMU, making a speech during the event on October 6, 2016. (Photo credit: Julian Berger)

Transparent GMU is a student-run organization that aims to shed light on donor influence on Mason’s administration, which has received a substantial increase in donations. UnKoch My Campus is a nationwide campaign aimed at supporting students and professors at Koch-funded schools in the fight against Charles Koch’s influence on universities.

When asked about the desired outcome of the protest, Hammond said, “We want a faculty oversight body to be formed that would review all donor agreements that have been made in the past, as well as those made in the future, to be made public records.”

Bethany Letiecq, an associate professor at the Department of Human Development and Family Science who serves on the Faculty Senate said, “We as faculty must begin to assert our influence to protect academic freedom and this influence of these dollars on the academy is scary to me.”