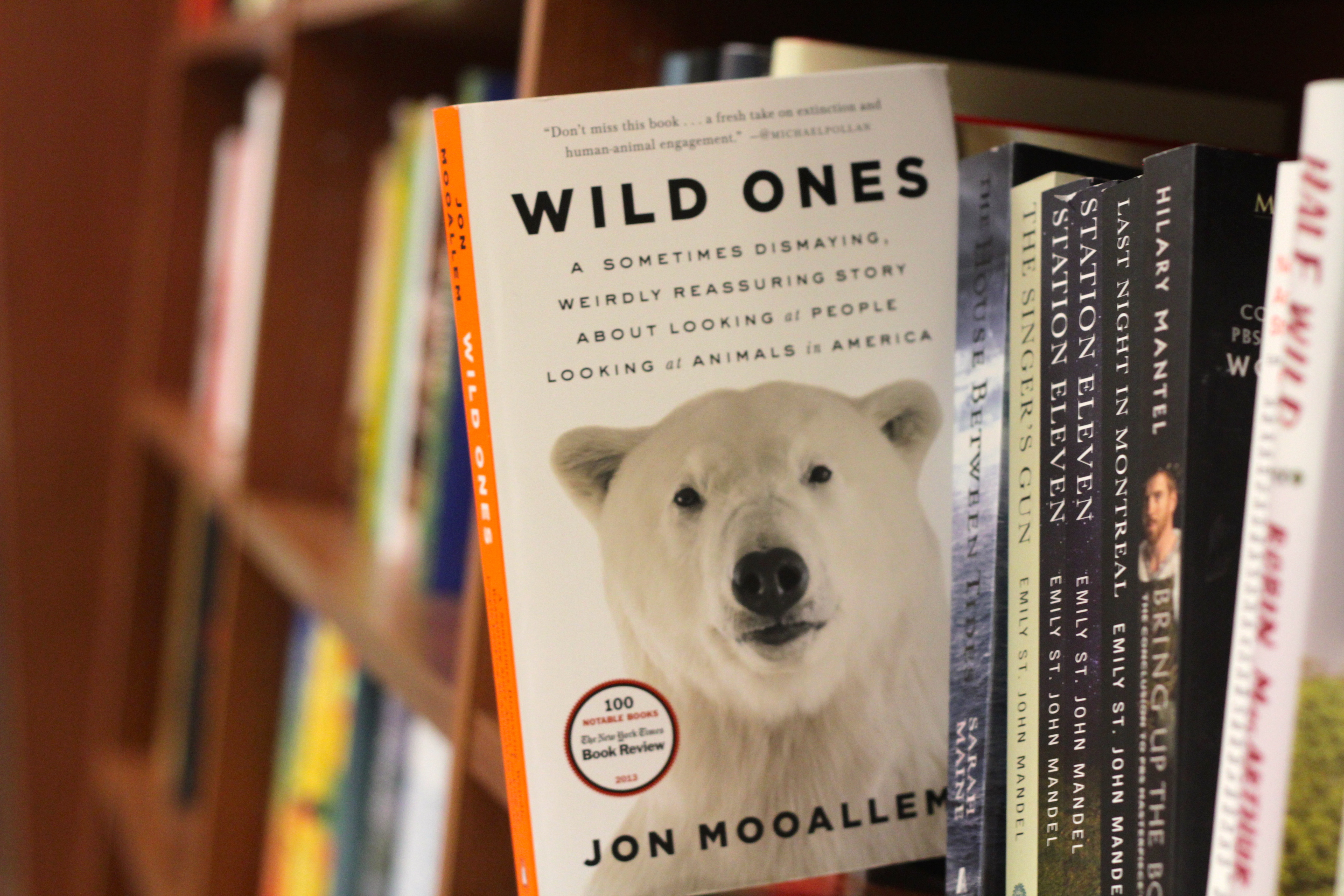 A few things can help identify freshmen students: Class of 2020 T-shirts, bewildered faces, shiny new laptops and a novel with a bright orange spine and a polar bear on the front.

That book is “Wild Ones: A Sometimes Dismaying, Weirdly Reassuring Story About Looking at People Looking at Animals in America” by Jon Mooallem. “Wild Ones” is this year’s Mason Reads novel, the book that all freshman are required to read the summer before their first year.

Mason Reads is an initiative started in 2013 that chooses one book to share with the incoming student population to create a sense of community on campus.

The New York Times described Wild Ones, written by Jon Mooallem, as “stories of people past and present whose concern for animals makes them act in ways that are sometimes unexpected, sometimes heroic, and occasionally absurd.” The book analyzes the role humans play in ruining, conserving and—throughout history—manipulating the environment.

“The Honors College read this book two years ago, [and] the students found the book to be inspiring and thought-provoking—exactly what we were looking for,” said Emilie Dubert, associate director of Off-Campus Student Programs and Services. “This message also resonates as we think about building a community at Mason that is interdependent.”

Sally Lorentson, associate dean of University Life, said “‘common reading’ programs exist at universities across the nation as a first year experience,” and they help nurture a commonality or bond between incoming students, faculty and staff.

A pilot program of Mason Reads was started in 2013 with off-campus freshman students, and expanded to include all incoming freshman the following year. Past books include “Start Something that Matters” by TOMS Founder Blake Mycoskie and “A Lesson Before Dying” by Ernest J. Gaines.

The Mason Reads program is also using “Wild Ones” to encourage students to get involved with sustainability efforts on campus by taking Green Leaf courses, working with the Office of Sustainability or even by exploring programs offered by the Department of Environmental Science and Policy.

“This book was really startling to me because I had never thought of the environment the way the author pitches it,” Lina Bhatti, an incoming freshman student who received the book at orientation, said. “He explains that since humans are the dominant species, we control when change can occur, but we are not advocating for change enough. All in all, the book offers a profound reflection on conservatism and how we, as humans, perceive it, and it is quite eye-opening.”

Bhatti added that she appreciated how the anecdotal nature of the book led easily to discussion, as opposed to a book that would just offer factual information.

All students will have an opportunity to hear the author of “Wild Ones” speak on Sept. 29 at an event hosted by Fall for the Book, the annual regional festival that brings famous authors together with the local literary community.

To continue exploring the themes present in “Wild Ones,” a movie screening is being offered by Mason Reads, the Office of Off-Campus Student Programs and Services, University Libraries, Film and Media Studies, Film and Visual Studies and the Honors College for “If a Tree Falls: A Story of the Earth Liberation Front.” This documentary discusses radical environmentalists and their work at the end of the 20th century. The screening will take place on Sept. 14 in Presidents Park.