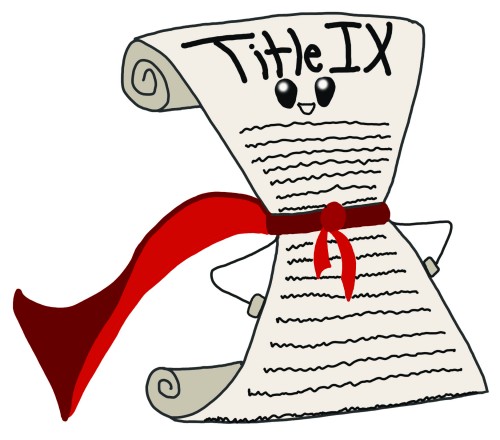 Mason will soon update its Title IX policy to fit the recommendations of the Task Force on Sexual Assault and Interpersonal Violence (SAIV), which were published in March 2015.

A Title IX policy review team has been examining the current policy and making recommendations for change since December 2015, according to an email sent to the Mason community on April 11, which was signed by Julian Williams, vice president of Compliance, Diversity & Ethics, and Rose Pascarell, vice president of University Life. The team was created in response to SAIV’s recommendation to review all policies relating to University Policy 1202: Sexual Harassment and Misconduct, which encompasses all Title IX violations.

The team plans to implement certain changes in time for the fall 2016 semester.

The recommended changes to Mason’s Title IX policy are designed to ease the requirement for students to present their own evidence at hearings, according to Eric Fowler, Mason’s Clery compliance coordinator and a member of the Title IX policy review team.

Fowler said the new process will require a university investigator to compile all evidence before a Title IX violation hearing and present this evidence, along with his or her opinion on the accused’s innocence, to board members before the hearing. Fowler said this will take away a lot of the “heavy lifting” from board members and students.

One of the review team’s recommendations is that the university hire the aforementioned investigator to independently collect information regarding each Title IX complaint. According to Williams, the team still needs to create a job description and will search for candidates over the summer in hopes of filling the position before the fall semester.

Williams describes the ideal candidate as “someone who understands the context on a college campus, that understands what a victim-centered approach looks like, that understands how to respect the due process rights of a person or persons accused of a Title IX violation, and that can still gather good factual information and ask good questions.”

The current process requires students to collect and present all evidence at a hearing to a three-member board that has no prior knowledge of the evidence.

According to Fowler, the new process will bring the accused student and the reporting student before one person who will review all of the evidence the investigator provides before the students present their arguments.

The investigator is expected to meet with both parties multiple times throughout the adjudication process, as well as consult with the Title IX coordinator and the police, according to Fowler and Williams.

The appeal process will also change. If the accused student is found guilty and wishes to appeal the decision, the case will go to a three-person board that will review all of the evidence and each student’s account of the events. Fowler said this new process is an improvement because, should an appeal be successful, a three-person board will overturn a one-person ruling instead of the other way around, which is how the process currently works.

Fowler said the Title IX policy review team is considering having appeals be investigated externally of the university but has yet to make a decision.

“That would eliminate any perceived conflict of interest, to have someone outside the university handle any appeals, but it’s not set in stone,” Fowler said. “If that’s not feasible, we’re going to have a board of three people [within the university] who will be deciding.”

Williams believes Mason’s goal to implement these new policies in time for the fall semester is viable and will be completed.

“I think every school is going through what I call a Title IX evolution, and in my sense, we should be — we at Mason and essentially every institution — should be evolving in its process, policies [and] procedures,” he said. “There’s no perfect way to do this, so what we’re trying to find out is what’s going to work well for us, how can we improve on what we have, and that’s what the team has been looking at.”