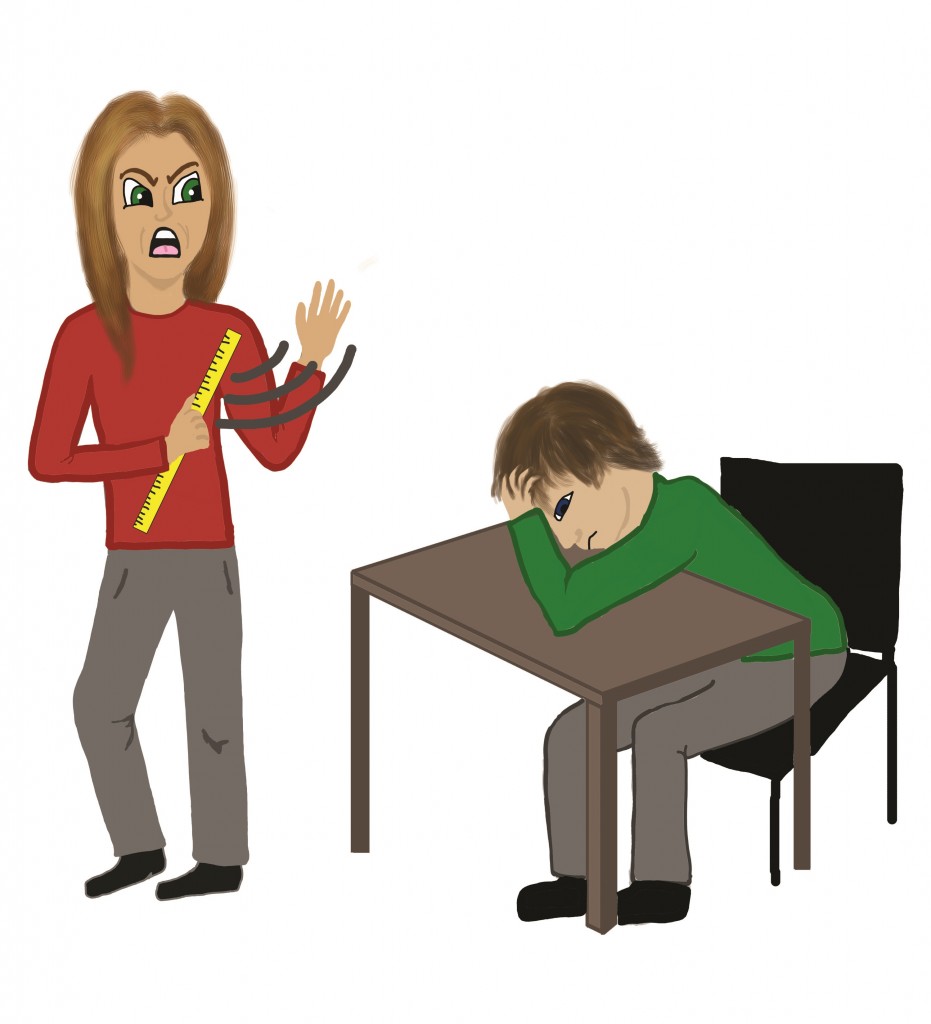 An honors student at Scottsdale Community College was allegedly bullied to death in February by two professors.

This is a situation any student could come across on while attending college.  Fourth Estate prompted discussion about professor-student relationships on Mason’s campus.

The 20-year-old honors student, Kendra Parton, was pursuing an associate’s degree in equine science to become a veterinarian. She had received a full-ride scholarship for the program. According to 12 News, Phoenix, Arizona’s local news outlet, Barbara Hanes, professor of equine science, and Patricia Evans, director of the college’s equine science program, were accused of contributing to Parton’s suicide.

12 News said there were several events that supposedly led up to Parton’s death. It all began in 2012, when Parton enrolled in an internship for which she was required to give a presentation worth 40 percent of her grade.

Parton did not pass the internship because of her performance on this presentation. However, her family has argued it was specifically the feedback she received after the presentation, along with email correspondence with Evans, that triggered Parton’s suicide.

Dr. Anne Scherer, a Mason biology professor, said that the two individuals’ feedback and behavior were unprofessional and unhelpful. Scherer said she believes that while it is unnecessary to “sugarcoat” negative comments, professors should give only constructive criticism.

She also said she believes professors should approach students in a straightforward way, while “being polite and helpful.”

Scherer said she remembers a professor she had when she was a student who  wrote “worst in the class” on one of Scherer’s assignments. Scherer said she felt discouraged and distressed upon reading the comment.

“I think that it is important for students to learn to accept criticism, but they should not feel demeaned in the process,” Scherer said. “I want all of my students to feel comfortable in my class so that they can get the most out of the class.”

The feedback, written by Hanes and Evans, read, “A struggle to listen to this presentation … This may be the worst presentation ever.”

However, Hanes told Parton that if she wished to redo the presentation — by improving her speaking and wearing the proper attire — she could raise her presentation grade to a C, and thereby pass the course.

Mason psychology professor Dr. Tara Chaplin also said Scottsdale faculty should have spoken to Parton in a more positive way. Chaplin also said, however, that she thought Hanes and Evans acted justly in allowing Parton to redo the project, suggesting that Parton might have considered cutting back on extracurricular activities to put more effort into the presentation.

Dr. Chaplin said if she had a student like Parton, she would have direct him or her to Mason’s Counseling and Psychological Services (CAPS).

Parton declined this option, stating that she had six classes, extracurricular activities and finals to worry about.

12 News stated that Parton reached out to Evans via email concerning her degree, however, which she could not receive unless she passed the internship.

In the email, Parton apologized for bothering Evans, but added, “for some reason I find you to be an incredibly intimidating person, and to be perfectly honest, you scare the crap out of me most of the time.”

Parton also explained in the email that she had completed 332 hours in the unpaid internship — double the hours that were required — and quit her part-time job in order to complete it.

“I am panicking because I absolutely cannot afford to do another internship, which in my mind means that I will not be able to get my Associates degree in Equine Science and that I have basically wasted the last two years of my life and a lot of money at this school—all because of one presentation,” the email read.

Evans replied that she was not sick of hearing from Parton, but Parton should have thought of the professors whose time she was using while giving her presentation.

“You may find it hard to believe but three faculty were willing to give up their time to listen to and evaluate your presentation and were not doing this to waste everyone’s time,” Evans’s email said.

At the end of the email, Evans wrote that if Parton felt that she had wasted two years of her time in the program, she was probably right.

Upon reading the message, Parton logged off the computer and texted her brother Shane to let him know she did not need a ride home.

Parton proceeded to end her life that day. According to the Maricopa County medical examiner, Parton’s death was carried out with a pistol. 12 News stated that Parton had no alcohol, drugs or signs of pregnancy in her system.

Her parents, Wendy and Dave Parton, testified that Parton had no medical record of mental health issues. 12 News reported that the Parton family is suing Scottsdale Community College for $5.1 million for their daughter’s death.

“They exaggerated her incompetence,” Mansaray said, adding that as authority figures, Hanes and Evans should have communicated more effectively.

Zoe Quint, also a biology major, agreed that Parton’s mentors were harsh and did not offer constructive criticism. Quint also said, however, that she believes suicide is caused by a buildup of multiple events in an individual’s life — not just one situation.

“Therefore, I don’t think the teachers can be the only ones to ‘blame,’ although of course it’s nice to be able to have a reason to explain why someone who seemingly had so much going for them would choose to shoot herself and end her life,” Quint said.

However, Quint said that ultimately words are powerful, and everyone — especially educators — should remember this.

“With a few simple phrases, the professors were able to lower Kendra’s self-esteem and make her feel like she was not able to accomplish her goal of completing her degree,” Quint said. “That’s unacceptable, and that’s not what educators are supposed to do. They are there to encourage and empower their students and show mutual respect between peers and elders. In fact, that’s what everyone should try to do.”