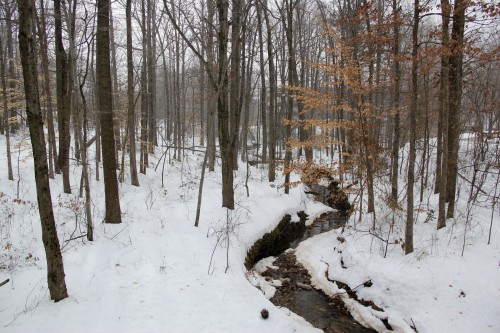 Many factors went into the decision to close the university for three days as a result of Snowzilla, a.k.a. Winter Storm Jonas, which dumped approximately 25 inches of snow on the Fairfax area. (Amy Rose/Fourth Estate)

To many Mason students, the decision of whether or not to call a snow day seems fairly binary: is there snow on the roads? If so, cancel. If not, do not. However, this is simply not the case.

Mason is a school of almost 30,000 students and nearly as many other moving parts, so the decision to cancel classes is never a simple one.

David Farris, director of Safety and Emergency Management for the Environmental Health and Safety Office, said that the decision to change the school’s hours or cancel due to snow starts with a conference call.

“There’s a group of us, about a dozen from different parts of the university, and we have a conference call. If we have high confidence in the forecast, we’re able to make that call the night before. But … often the snow doesn’t start until about 10 p.m. or later … so everyone is scrambling to make a decision,” Farris said.

However, the amount of snow that is projected to fall is not the only thing Farris and his group look at when making a decision to cancel classes.

Different temperatures can create different types of snow or affect the way that the snow interacts with the ground, such as whether it will stick, become ice or just melt away, so keeping an eye on the temperature in tandem with the snowfall can be extremely important, according to Farris.

“[In addition to just precipitation], it can also have a lot to do with the temperatures. Is it going to be dry, light snow? Is it going to be heavy, wet snow? Are they pre-treating the roads? Are we coming off a big event like [Winter Storm Jonas] and everyone’s fatigued, and we’re not going to get the roads pre-treated as well as we would like or there won’t be as many plows on the street?” Farris said.

If Farris’s group decides that the amount of snow merits only a delay rather than an outright cancellation, they are faced with the obvious issue of when to open the school. For that, Farris has an unusual answer in the form of a table of class densities at any given time throughout the day. His graph not only shows the various start times for every class at Mason, but also the times at which the majority of classes are taking place. This can become particularly useful when deciding what time to open in the morning after heavy snowfall.

“One example is that there are law classes that open at 10 [a.m.] on Wednesdays. When we used to say that we would open for all classes starting at or after 10:30 a.m., that makes sense for a lot of regular classes, but that means that law school class isn’t happening,” Farris said.

To combat this solution, the school opts to open at 10 a.m. rather than 10:30 a.m., as long as conditions allow it. This way, law classes can happen as scheduled, while regular classes still start at 10:30 a.m., according to Farris.

However, Farris was clear to point out that times with more class density are not necessarily less likely to be cancelled, and said that “it all takes a backseat to ‘is it safe to come to campus?’”

Decisions on when classes can begin are also highly subjective to decisions by other groups in the area, such as the Washington Metropolitan Transit Authority or WMATA.

“We have a very large portion of our students that take [public transportation], so if there’s any impact on WMATA due to the weather, we have to take that into consideration. If the Metro can’t get to Vienna, we can’t do it,” Farris said.
In addition to the safety of students coming to and from campus, employee safety is also a major issue when deciding what time to open or close the school in inclement weather conditions, Farris said.

For example, when deciding when to close a dining facility like Southside on a night with snow, “it takes [Dining Services] about an hour and a half or two hours to fully close down and clean up a dining hall, so we have to make sure we’re closing early enough that all of the dining employees have time to get home safely,” Zachary Pope, director of University Life Safety and Emergency Management for the Fairfax campus, said.

Outside of classes or dining, Mason’s position as a hub for performances or sporting events can also mess with the logistics of closing parts of campus.

According to Farris, “There are some events that are open to the public, where even if the university is closed, we’ll keep those going.”

One example of this was the Jan. 23 Men’s Basketball game against Duquesne University, where the two teams played in the RAC rather than in EagleBank Arena.

“NCAA regulations say that if you can get the facilities open and the teams are there, you have to play. That’s why we had to bump the Duquesne game forward and play in the RAC. … If you cancel, I don’t know if that’s the equivalent of a forfeiture, but it’s close,” Farris said.

Not every Mason student is completely happy with how the university handles snow days, however.

“I think Mason should have a better system in place for predicting snow days,” said sophomore Madison Stroud, who lives off-campus and commutes to Mason. “Every year it seems to come as a surprise to [the school] that snow will warrant cancellations, and then we don’t have enough [days] built in, but predicted snow days allow professors to stay on schedule.”

On the other hand, sophomore Kendall Bohan, who lives on campus, said the university usually makes the right decision.

“They make good calls,” Bohan said. “When it’s not safe to drive, they understand that and don’t put people at risk. It would be nice if the calls were more timely, though.”

As far as Elsa is concerned, however, one thing is definitely sure: the cold bothers Mason.