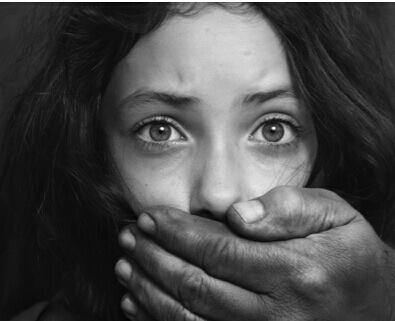 Fairfax County recently deemed January Human Trafficking Awareness Month in order to raise awareness for the growing issue. Following the announcement, various student organizations at Mason are coming together to bring attention and provide information on human trafficking to students.

On February 25 from 7 p.m. to 10 p.m., Shining a Light in the Darkness: Human Trafficking Awareness Night, will take place in Dewberry Hall. This event was created to allow students to learn about the issue of human trafficking and how to get involved.

“Shining a Light in the Darkness is an advocacy event hosted in partnership with Project Nur, the Working Group for Displaced Populations, and the Bengali Patriot’s Association to spread awareness of the threat of human trafficking both internationally and domestically,” junior Emmanuel Banks, vice-president of George Mason UNICEF, said. “From speakers to performances, Shining a Light in the Darkness was created to empower the Mason community to take action against an issue that is occurring right in our own backyard.”

According to the International Labour Organization (ILO), 21 million people are victims of human trafficking around the world. Those involved with the event hope to emphasize that this issue is not only happening in places around the world, but also in our own communities.

“Human trafficking is taking a person using force or power, and exploiting the trafficked person for personal and/or financial gain,” junior Asra Ahmad, president of Project Nur, said. “This issue is important because it happens all around the world.  It even happens in our own area. The victims are taken away and exploited and the scary part is that it could happen to anyone.”

Along with Project Nur and GMU UNICEF, other groups involved with the event include the Bengali Patriots Association, Freedom Connection Against Human Trafficking, and the Working Group for Displaced Populations. Together, these organizations are hoping to create an open atmosphere for students to engage in conversation and become more aware about human trafficking.

“We are shedding light on the issue of human trafficking,” Ahmad said. “So we are shinning a light in the darkness and are hoping to provide a space for students to openly talk about the issue and be aware of what is going on in the world today.”

Banks hopes the event will help diminish many of the misconceptions surrounding the issue of human trafficking.

“There are a number of misconceptions that cover almost every aspect of human trafficking,” Banks said. “From the motivations of traffickers, to the groups that are most at risk. For many college students, especially freshmen and transfer students, this is their first time away from home for an extended period of time. Such a distance can make students in our age group more vulnerable to trafficking than one may imagine. Additionally, Virginia is one of the ten most reported states for human trafficking incidences, with Fairfax being a huge hotbed itself.”

“While young adults are vulnerable to human trafficking, it is known as an issue that especially affects children and teens,” Banks said. “Domestically and internationally, UNICEF understands the effect that human trafficking can pose to youth. From sex trafficking to forced child soldiers, human trafficking is a multi-faceted issue that is further complicated by poverty. Through UNICEF’s involvement with Shining a Light in the Darkness, we hope that attendees leave with a better understanding of how to help turn the tide of human trafficking.”

The event will feature performances, spoken word, poets, and speakers. Mason professor Al Fuertes will speak at the event about his personal connection to human trafficking.

“Professor Al Fuertes from New Century College will be speaking at the event about his work and research on human trafficking,” said Ahmad. “He has devoted his life as a voice for the voiceless and we are excited to have him.”

Students are encouraged to attend the event to not only gain knowledge for themselves, but to also spread the word about an issue that can often become misconstrued or unnoticed.

Since Mason is a university located in an area where human trafficking is prominent, Banks encourages students to become actively involved with advocacy for this issue.

“George Mason is a heavily involved campus – both politically and socially,” Banks said. “We are also a campus that is surrounded by human trafficking. With education and advocacy comes action, and Shining a Light in Darkness hopes to educate our active campus and to point them in the direction of resources to reverse Northern Virginia’s long-held trafficking statistic.”

Along with attending the event, both Ahmad and Banks encourage students to join advocacy groups on campus and conduct their own research on the issue.

“There are various online resources available to students, including MTVU’s (MTV University) own Against Our Will Campaign,” Banks said. “Their ‘Take Action’ website provides approachable and easy, as well as hard-hitting and impactful ways to get George Mason involved in advocating against human trafficking.  Joining clubs like Working Group for Displaced Populations and attending events and discussions centered around human trafficking is an important way to continue educating yourself.  Nothing combats human trafficking more than understanding the signs of a human trafficking victim or situation.”