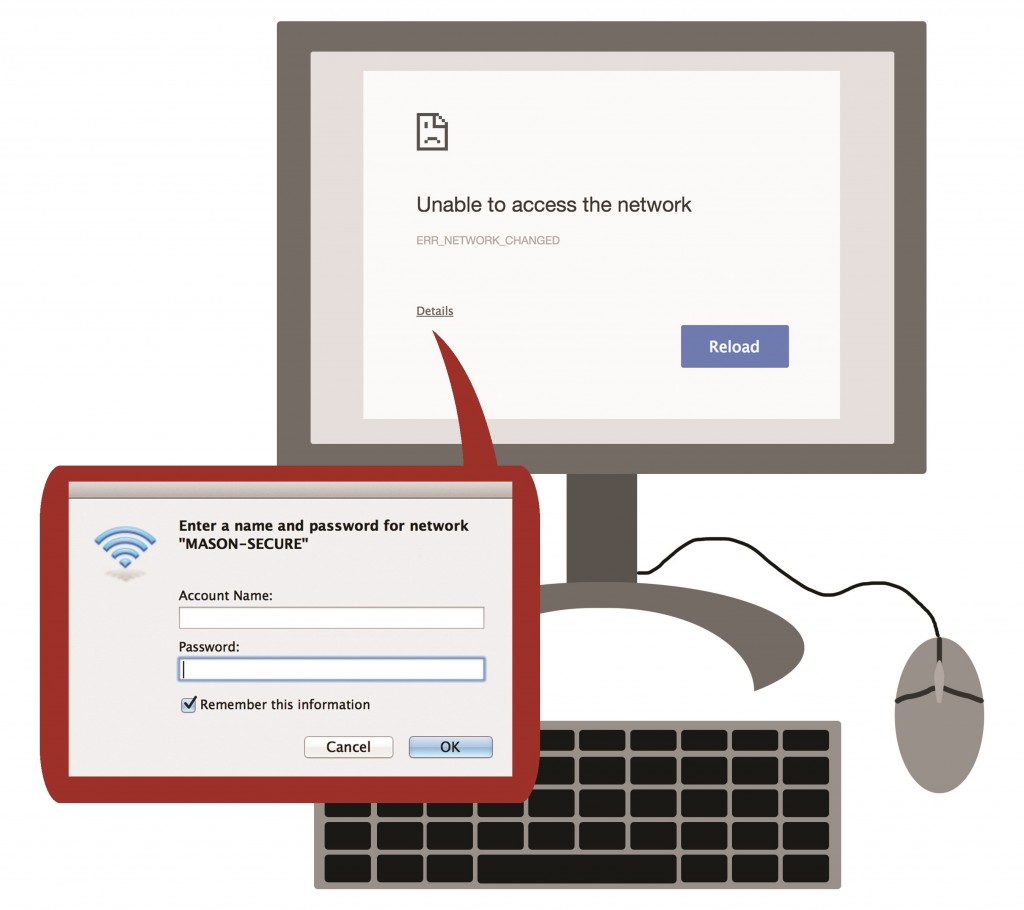 Ask anyone on campus about the school Wi-Fi, and you are most likely to hear, “the Wi-Fi sucks!” On Twitter, there are numerous tweets dedicated to Mason’s inconsistent Wi-Fi. However, some up-and-coming improvements could drastically improve the situation.

Starting this month, Mason is increasing the number of Wi-Fi network access points across campus, both inside and outside of buildings. This means that the Wi-Fi will not just be faster in the buildings, but also more accessible outside.

Sophomore Roshan Mirajkar thinks Mason’s new addition to its internet may be a slow process, but it is on a path toward improvement.

“Mason is adding more routers and router extenders to help distribute network traffic, so students should keep in mind that our internet is actually very stable compared to other schools and improving,” Mirajkar said. “It is an ongoing effort, but it’s not an overnight thing. That’s not how vitalizing the internet connection goes.”

Mason is adding 113 new access points to the Johnson Center, which will strengthen the connection throughout one of Mason’s most popular buildings.

Mirajkar also thinks the Wi-Fi is worse now, due to more students connected to two sources.

“Before there used to be many networks for wifi, now it’s just MASON and MASON-SECURE,” Mirajkar said. “They did this to make it simpler. And Mason has thousands of students attempting to use the same internet connection almost 24/7, so at peak hours it ripples [and students] may experience slowness because the server is getting overloaded.”

According to Charlie Spann, director of business operations for Information Technology Services (ITS), between 2 p.m. and 4:30 p.m. during weekdays, as many as 17,000 separate devices are connected to the network at one time. This can definitely slow down the speed of the internet network because so many people are using the internet at once.

When it comes to differentiating between the “MASON” and “MASON-SECURE” networks, Spann explains that MASON-SECURE is better for Mason students to connect to because it is more protected.

“MASON is unencrypted and requires manual authentication or device registration. Unencrypted messages can be intercepted and possibly read,” Spann said. “MASON-SECURE is a network that uses automatic authentication and encryption. Messages on this network are harder to read if intercepted because they are sent in an encrypted format and then unencrypted when they reach their destination. ITS recommends Mason users select MASON-SECURE to protect the confidentiality of their data and online activity.”

“Honestly I have never paid attention to where the Wi-Fi is good because I have always had trouble with it,” Muñoz said. “I have to resort to my own data in order to stay connected.”

Aside from using MASON or MASON-SECURE, freshman Ashlee Booth notes that recently the “Eduroam” network has better connectivity than either of the two popular networks.

“Apparently over winter break [Mason] updated the Wi-Fi, and now for out of date computers MASON-SECURE will not work,” Booth said. “It wasn’t working for me, so I called, and they told me to use eduroam, and it works so much better, especially when streaming Netflix.”

Wi-Fi speed and connectivity is not just a problem at Mason, but also at other universities. Spann recognizes that each college or university faces its own unique challenges based on a variety of factors. “Two of the most common approaches are to provide high-density coverage in specific buildings and leave others uncovered or to install Wi-Fi in most buildings but with less density,” Spann said. “The advantage to the second approach is that users can access and use basic Internet service such as web apps, email, and similar services nearly everywhere. Apps that require high-network capacity, such as streaming video, are not always available to users.”

Currently, on Niche.com, a site that lets students review colleges in terms of numerous categories, Mason holds a B- for technology is ranked #515 out of 1,056 schools in that category.

Though many students complain about the Wi-Fi, ITS notes that the best way to solve individual network struggles is to contact the department for support. Mason monitors the wireless networks in order to fight against potential bugs and ensure that the internet is running smoothly. However, these monitors do not capture everything, so Mason is dependent upon students to report issues. Spann explains that a majority of their reported issues are related to individual problems, rather than the server.

“The issues that are reported are not typically attributable to a server,” Spann said. “We generally see problem reports when there is not sufficient wireless coverage or there is a problem with the configuration of the device attempting to connect to the wireless.”

As for the fate of Mason’s Wi-Fi, the school is making a slow but steady progress toward improvement.

“This is a growing campus with many wireless users,” Spann said. “It will take additional resources to increase the size of the network and to install additional access points to cover the entirety of our campuses.”

On-campus assaults lead to “It’s on Us” reminder