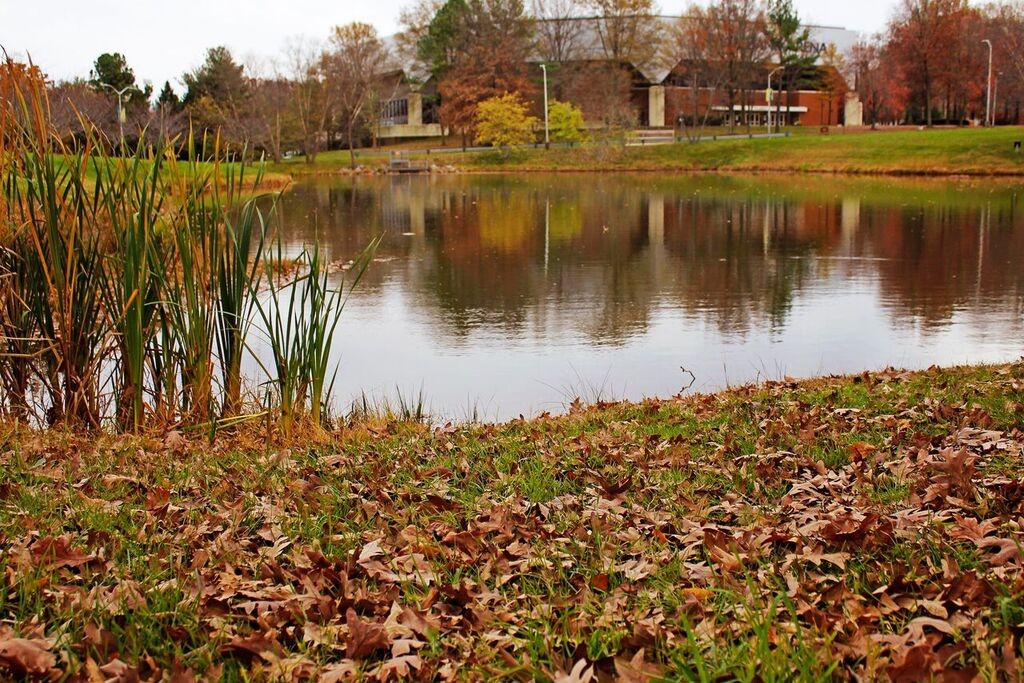 This year, it seems as if Mother Nature has decided to extend the warm breezes of summer into the autumn season.

Many Mason students are enjoying this change, but for others, looking at the shades of reds and oranges of the trees and feeling the warmth of sixty-five-degree temperatures does not feel like fall.  Many students are wondering if this could be due to climate change.

Dr. Susan Crate, professor of environmental science and anthropology, says temperature shifts are normal — but only to a certain extent.

Crate added that the rise in temperature “across the world” has her doubting how ‘normal’ the current heat wave is.

Still, global warming is not the same thing as climate change, though many students often confuse the terms. According to Mason’s Environmental Science and Policy Department, climate change is a change in global or regional climate patterns largely attributable to the increased levels of atmospheric carbon dioxide produced by the use of fossil fuels.

Global warming, on the other hand, is a gradual increase in the overall temperature of the Earth’s atmosphere generally attributed to the greenhouse effect, that is, increased levels of carbon dioxide, chlorofluorocarbons and other pollutants in the atmosphere, also due to human behavior.

According to Mason’s Center for Climate Change Communication (4C), climate change is the result of human actions and choices. Limiting climate change and protecting people and ecosystems from unavoidable changes in the climate will require significant engagement from both policymakers and civilians.

4C’s website explains that climate change is caused by a combination of natural and human factors and that Mason community members can avoid being part of this trend by educating themselves and avoid doing things that could hurt the environment. By doing so, the community would protect all living ecosystems and maybe even help keep the seasons balanced.

Many Mason students question why global warming and climate change should matter to them.

Henry Muñoz, a freshman communication major, said that although he remembers chillier autumns, he personally does not mind the feeling of warm air outside.

“Lately I have noticed that for being in the middle of November we have not experienced that much cold weather,” Muñoz said. “Years ago at this point in time we would be getting into the lower forty degrees on average, and now we are averaging about sixty degrees. I personally cannot complain, because I love the warm weather.”

Muñoz especially enjoys the fact that he does not have to carry a big, heavy coat around all day.

“I simply cannot complain … I am able to wear light outfits and light sweaters,” Muñoz said. “Personally I like the idea of carrying less things and a big jacket is not on my list. This is why I like the fall weather this year because go around campus not worrying of the cold.”

Still, many students are concerned about the shift, believing it is an indication that global warming is continuing to damage our planet and pose a real threat to future generations.

Nick Stasiak, a senior double majoring in geography and atmospheric science, shared some insights on Fairfax’s weather over the past two months, saying the average temperature has been rising recently.

“The past October was the warmest October since 1963,” Stasiak said. “It was also the fourth warmest October since records began to be kept in 1895. So far in November, we’ve seen more above average days than below average days. The first week of November, Fairfax saw temperatures reach 80 degrees. Average temperatures in our area for this time of year are anywhere between 55 and 60 degrees. We’ve seen a lot of days where actual temperatures were at least five to ten degrees warmer than average,” he added.

Stasiak explained that the rise in temperatures is the result of the greenhouse effect, in which hot air is trapped by the atmosphere.

“Global warming has to do with the increase in Earth’s average surface temperature due to greenhouse gases,” Stasiak said. “The greenhouse effect is basically warming that results when the atmosphere keeps heat radiating from Earth toward space. Half of the light reaching Earth’s atmosphere passes through air and clouds to the surface where it’s absorbed or radiated upwards.”

According to Stasiak, just about 90 percent of this heat is absorbed by greenhouse gases and radiated back towards the Earth’s surface. Gases contributing to the greenhouse effect include carbon dioxide, nitrous oxide, water vapor and methane. These gases are released by human industrial activities, which have raised atmospheric carbon dioxide levels from 280 parts per million to 400 parts per million in the last 150 years, Stasiak said.

Warm temperatures in areas of the world, including Northern Virginia, have been risen continuously over the past years. The environmental challenges of climate change, including energy demands natural resource loss, are continuing to mount.  The first decade of the 21st century was the warmest in 130 years of recorded global temperatures, 2010 being the warmest year to date. Animal extinction is occurring 1000 more rapidly because of climate change, and droughts, floods, wildfires and tropical storms are becoming more frequent.

While Muñoz said he is enjoying having the ability to run to class in shorts in fall, he is beginning to worry about the coming winter.

“In terms of the whole idea of global warming, this heat only strikes one fear in my mind,” Muñoz said. “The fear that when the cold does hit us, it will hit us hard. I believe the world is revolved around a seasonal schedule. Just because we haven’t felt the cold air so far it doesn’t mean its not going to happen. Sooner or later, campus will get very cold. This makes me assume that this year’s winter season will be one of the worst ones we will have in a long time.”