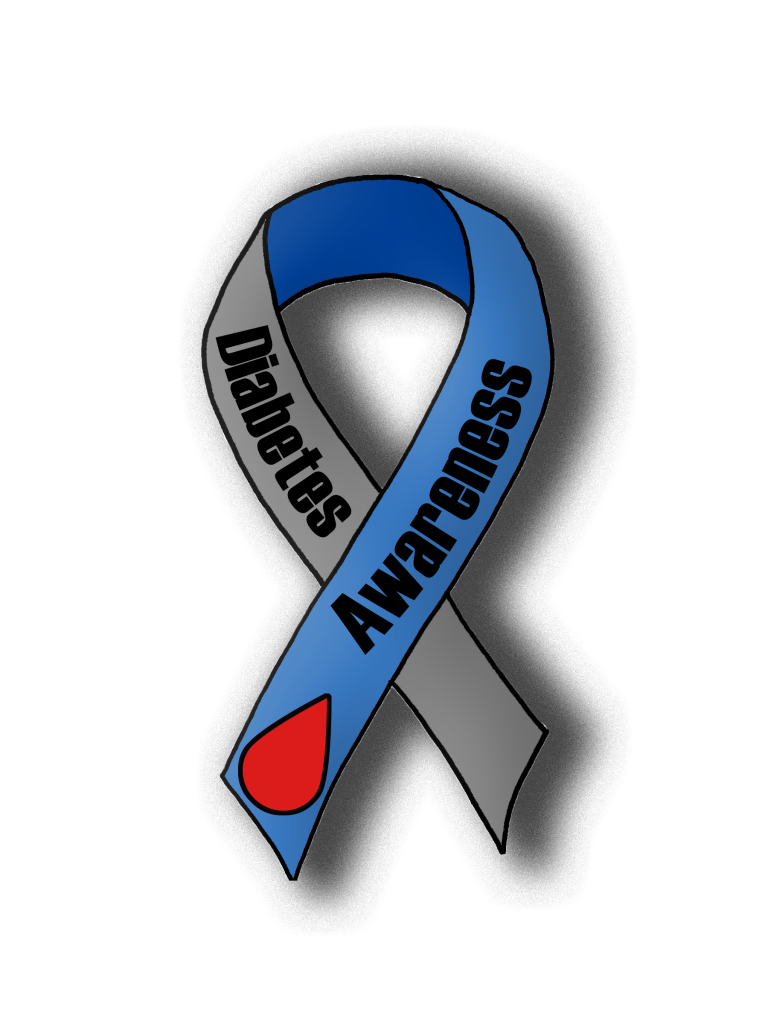 This fall, a group of Mason students formed a chapter of the College Diabetes Network (CDN), a national organization with chapters at numerous universities around the country. Since Mason has not been involved with Diabetes Awareness Month in the past, CDN members are dedicating significant time and effort to promoting the cause this year.

Last week, CDN hosted College Diabetes Week at Mason, which aimed to raise awareness for students with type 1 diabetes. Over the course of the five-day period, November 9 to 13, CDN members could be spotted around campus holding signs with diabetes facts and figures or handing out gray awareness ribbons.

One of CDN’s members, Gilly Kelly, has a personal connection with the type 1 diabetes, as she was diagnosed as a child, and says she hopes last week’s festivities were able to strengthen students’ understanding of the disease.

“I have had type 1 diabetes since I was nine years old, and I feel that not many people know anything about diabetes at all,” Kelly said. “Diabetes awareness is important to me because the more people know about it, the more they can understand what I go through. It isn’t meant to be a pity party when I educate people about diabetes, I think of it as a really great learning opportunity.”

Medical News Today defines diabetes as a family of metabolic diseases in which an individual “has high blood glucose (blood sugar), either because insulin production is inadequate, or because the body’s cells do not respond properly to insulin, or both.” Diabetes is the seventh leading cause of death in the United States and affects approximately 29.1 million Americans, or 9.3 percent of the population, according to diabetes.org.

William Jennette, CDN’s faculty advisor, explains that a lot of awareness needs to be brought to type 1 diabetes because there are a number of myths circulating about the disease, including who it affects and why it affects them.

“Type 1 diabetics, such as myself, are usually diagnosed young,” Jennette said via email. “The average age of diagnosis is 13 years old. This is incurable, unpreventable, and permanent and can lead to very immediate danger just about every time you eat or do anything.”

Jennette also said that many people wrongly assume that type 1 diabetes results from improper diet and exercise habits. “Type 1 diabetics did not do this to themselves, and it is not appropriate to automatically assume that if someone has diabetes they simply ate too much sugar as a kid.”

Distinguishing between type 1 and type 2 diabetes is important because the former is preventable, and the latter is not. According to the Diabetes Research Institute, type 1 diabetes is unpreventable, incurable and rare. Roughly 1.25 million Americans suffer from type 1 diabetes, just five to 10 percent of the the total number of Americans with either type. Type 2 diabetes, which accounts for 90 to 95 percent of diabetes cases, results from lifestyle choices such as lack of exercise and poor diet.

On a basic biological level, the difference between type 1 and type 2 diabetes is that those with type 1 cannot produce any insulin, a chemical that helps cells absorb glucose, while those with type 2 can, but type 2’s bodies have developed a resistance to insulin due to diet and exercise habits.

Jennette hopes that by educating the Mason community about facts like this, he and CDN members will foster a greater sense of understanding for students with diabetes.

“What we [CDN members] hope to do is raise awareness of the disease to help people understand better the struggles that so many people (statistically 150 [students] on the GMU campus) go through every day,” Jennette explained.

Living with diabetes can be difficult, as it affects numerous aspects of a person’s day-to-day life. For those with diabetes, seemingly simple tasks often demand significant thought and effort.

Jennette explained that he and other diabetics have to spend a lot of time monitoring their blood sugar levels throughout the day: before leaving the house, when exercising or when doing anything beyond their usual routine, like taking a test. Diabetics often have to take insulin pumps, injection needles, test strips and snacks or juice boxes with them wherever they go in case their blood sugar fluctuates.

Having to manage a disease that is beyond one’s control is a significant challenge for someone in college, explained Kelly. “As a diabetic, my life is slightly different than the rest of my non-diabetic friends. For example, I have to think twice about the food that I consume whenever I go out and also have to always ask for nutrition facts so that I can calculate how much medicine to take,” she said.

Kelly said that carrying her insulin pump, which is attached to her body at all times, and having to prick her finger to test her blood sugar levels are also hurdles, but having her family and friends by her side has made the process easier.

“My close friends…are used to seeing my tubes and finger pricking that happens every day. My family has been really supportive over the last nine years and it has definitely impacted all our lives. People who don’t have diabetes can be affected because if their friend is diabetic, they may need to assist with finding nutrition facts, and just generally supporting them as they deal with their daily lives,” Kelly said.

Kelly explained that people with diabetes have to keep track of three things: consuming too much sugar, consuming too little sugar and monitoring blood sugar levels in general. If a diabetic does not have enough insulin, their blood sugar will rise and they may experience negative side effects, including hyperactivity, the need to urinate and excessive thirst. If the body has too much insulin and not enough sugar, blood sugar levels rise, which can cause shaking, blurred vision and lethargy.

Though College Diabetes Week primarily focused on raising awareness for type 1 diabetes, participants showed support for those with type 2 as well.

Evelyn Koutsoudis, a freshman at Mason, is familiar with type 2 diabetes, since several of her family members have been diagnosed, and says she has seen the often adverse repurcussions of avoiding treatment.

“Everyone in my family has type 2 diabetes,” Koutsoudis said. “Both of my mother’s parents were diagnosed with it later in life. They were both told that they should be checking their levels and eating healthier. However, they both have ignored the doctors and, as a result, shortened their life. Growing up knowing this has been difficult to understand why someone who knows they have a medical issue could just blatantly ignore this.

Though watching her loved ones grapple with type 2 diabetes has been confusing for Koutsoudis, she understands the reasons for their lifestyle choices.

“I can understand that they both have had a hard life as they lived through wars and political instability growing up. They chose to live their life enjoying what they want despite the consequences,” Koutsoudis said.