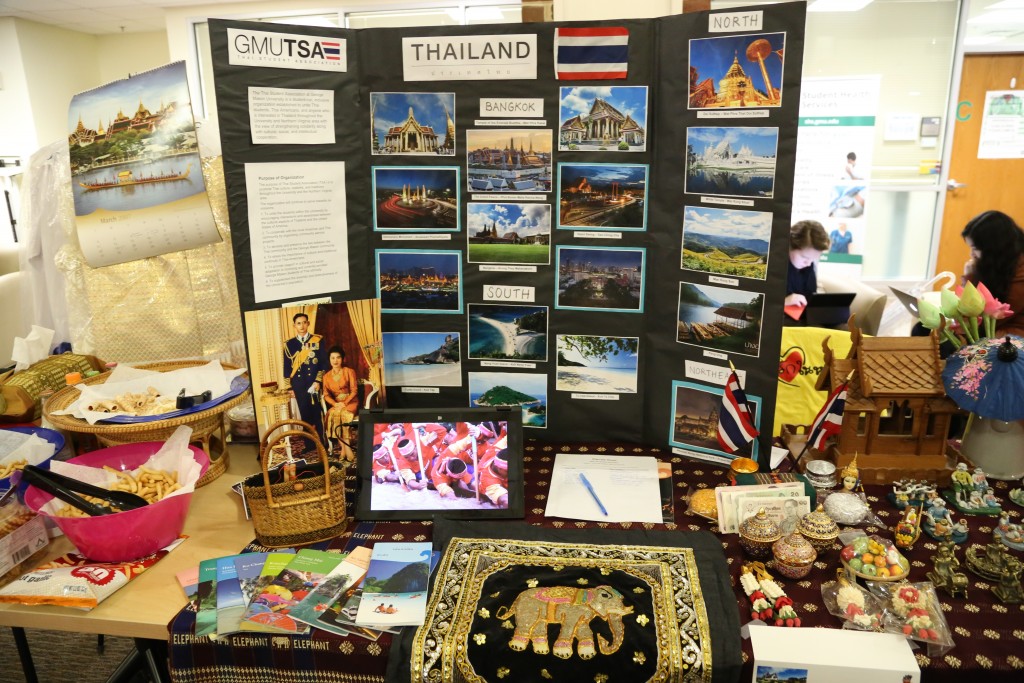 Exemplifying diversity, Mason is adding the Thai Student Association (TSA) to it’s list of 250-plus organizations.

Founder Chakapong Soundara, or M for short, said the association’s purpose is “to unite Thai-Americans, Thai Students, and anyone who is interested in Thailand by encouraging interactions and awareness through events and gatherings about our beautiful culture.”

M, a political science major from Northern Virginia, was raised by Thai immigrants who have taught their son about their heritage since his childhood. Every Sunday M went to his local temple, where he learned to read, write and speak Thai and play Thai classical music. Through starting TSA, Soundara hopes to bring the Thai community to the forefront at Mason.

“I want TSA to be known as ‘the place’ for information about Thailand whereas by hosting cultural, social, or sporting events,” he said.

Associate Member and Media Director of TSA, Narin Nara, agrees, hoping that TSA can “help instill a bit of Thai culture and hospitality to those around us.” Nara is an alumni of Mason who graduated in 2011. While he too was born and raised in Virginia, he still strongly embraces his Thai background. He joined TSA because he wanted to connect with other Thai individuals and be a part of the cultural growth TSA hopes to begin.

“[It’s] a collective of Thai students and alumni gathered together with a goal of introducing and promoting our great culture with fellow students on campus,” said Nara.

In order to bring this “Thai-flair” to Mason, word has to spread about the club. Nara hopes that the organization will become “a well-known association that is associated with great community service.”

One does not need to be of Thai descent to join TSA. Both Nara and Soundrara encourage people of all cultures to become a part of this organization. “It is not just our cuisine that makes us special, but rather our culture, traditions, customs,” Soundara said.

To get the word out about TSA, members will host events on campus. Although they are still in the growing stages, Soundara hopes to reach out to other international student organizations like the Asian Pacific American Coalition (APAC), Vietnamese Student Association (VSA), Filipino Cultural Association (FCA) and others for possible joint events.

April 2016 will be an exciting time for the club, since this month marks not only Asian Pacific American Heritage Month and Mason’s International Week, but also Songkran Festival, which is the Thai New Year. Soundara hopes to host a Thai Culture Night or a similar event that month.

Soundara feels that the Thai community unfortunately is not well represented in American society, but he hopes one day that TSA will have a strong presence in the Mason community and provide a chance for non-Thai students to learn new things.

“Thailand is a wonderful country, and if we can bring a little bit of Thailand to GMU, that would be fantastic,” Nara said.