Tuesday, Nov. 3 is Election Day at Mason and around the country.

2015 is a midterm election year, meaning that candidates are running for positions at the state and local levels.

During Meet the Candidates Day in September, candidates like George Lamb and students like sophomore Joe Russell, co-president of George Mason Democrats, discussed how voter turnout is expected to be low this Tuesday, because it is a midterm election.

Jason Hartsel, assistant director for marketing and communication for the Office of Student Media, and an editor for Mason Votes, Tom Shaw, discussed why students should still vote on Tuesday, even if there are no big-name candidates are up for election.

“Being civically engaged is all about the Mason experience,” Shaw said. “At Mason Votes…we want to engage the student body. We really want to activate people, and the best way to activate people is to inform them about who wants to represent them and make them think about ‘do I want to be represented this way?’”

Shaw continued that he would like to tell students that making a conscious effort to go out and vote is important. He added that regardless of students’ political ideologies, he and Mason Votes believe it’s important for students to voice their views as citizens.

“We want you to think about what you want and what you don’t want,” Shaw said.

Hartsel, who helps out with Mason Votes, agreed with Shaw’s comments. “I think the election is important,” Hartsel said. “Especially for young people to turn out [to], because it’s a local and state level election and those are positions that directly impact things that happen in their daily lives because of where they go to school.” 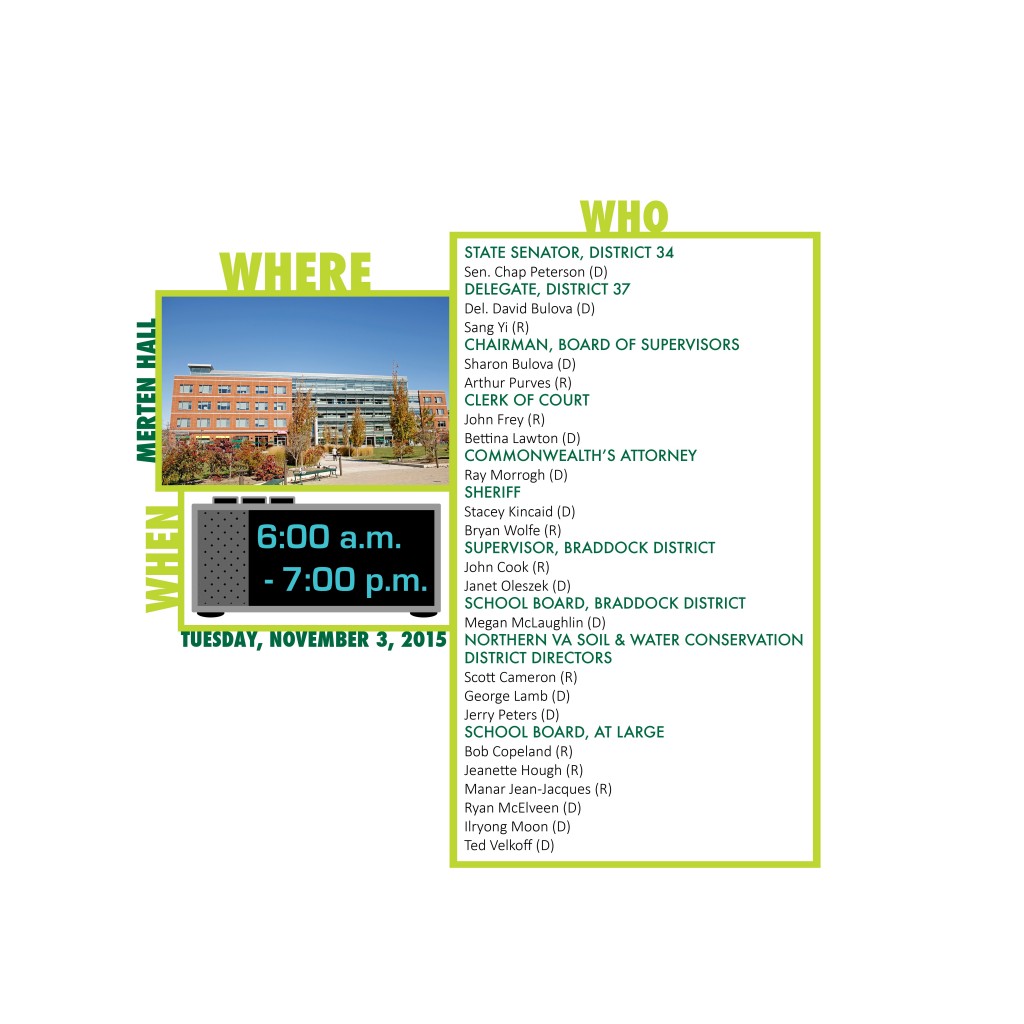