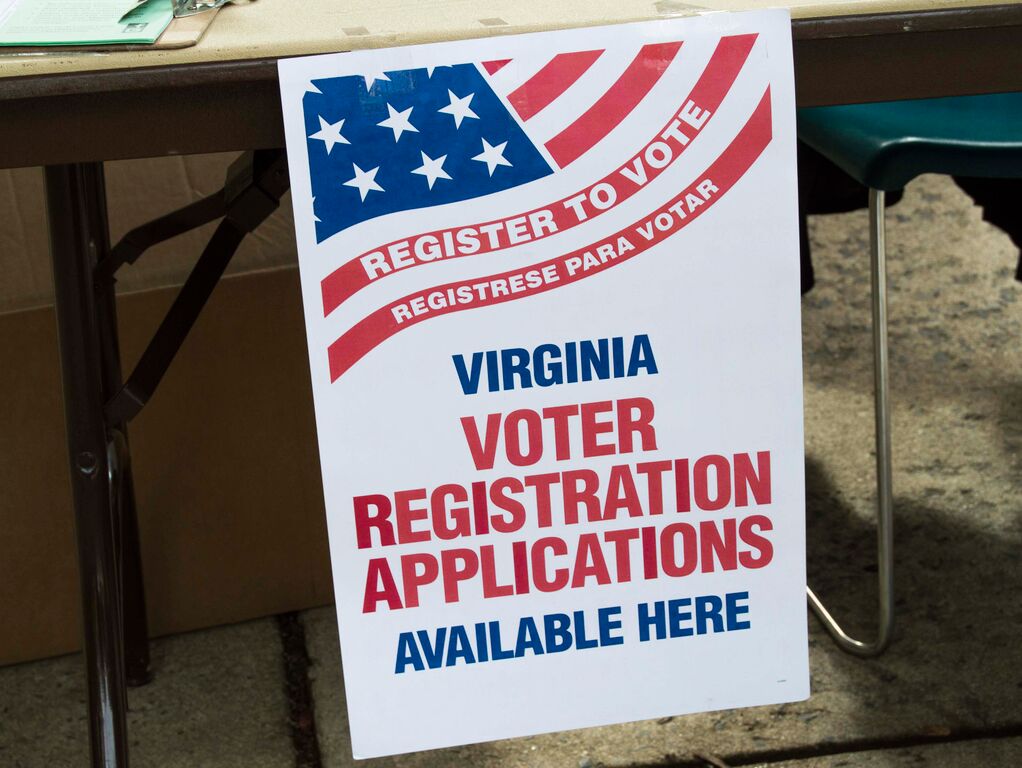 Mason students have grown familiar with the representatives in blue shirts on campus who stop them to ask them if they are registered to vote.

Many students walk by without taking action. Most are not registered to vote, and many are uninterested in voting in the first place. To combat this problem, a committee was formed here at Mason called Mason Votes.  It was established in 2007 and is coordinated through University Life.

“[Mason Votes is a] committee focused on voter and election education and awareness,” said Alissa Karton, administrative faculty for University Life and coordinator of Mason Votes.  Karton explains that the committee’s efforts include providing voter registration, Election Day reminders, coverage of the election and information related to election season. Mason Votes has its own website, masonvotes.gmu.edu, dedicated to the committee’s goals. It is managed by students and other university contributors.

Mason Votes is a non-partisan committee, meaning that it is not run by a single political party.  It collaborates with both Mason Democrats and College Republicans and is open to members of any political party.

Joe Russell, a sophomore government and international politics major, is an active member of Mason Votes.  He described it as a committee with goals to register students to vote, inform them of each election and remind them that their votes count.

“Mason is a huge part of the Fairfax community,” said Russell, “and it’s critical that we, as George Mason Students, take the time to let our elected officials know what we want.”  He even suggested that if enough Mason students voted, they could account for the final “margin of victory” come Election Day. The keyword here, however, is “if.” Students tend to not vote.

According to a survey published last year by the Harvard Institute of Politics, only 31 percent of college students said they would definitely vote in the 2014 election. After that election, the U.S. Census reported that voters ages 18-34 accounted for less than 17 percent of the voting population, in comparison to voters ages 45-64, who accounted for nearly 42 percent of votes.

Many students do not understand how much elected officials truly impact their lives. Officials elected at the state level set tuition rates, handle infrastructure such as highways and set laws and policies. Similarly, local governments handle municipal business, local transportation, local infrastructure, schools and many other things relevant to day to day life. Students do not pay much attention to these candidates because they receive little media attention. Their presence in most outlets, particularly social media, is not as widespread. Many candidates have significantly fewer ‘likes’ than candidates for the U.S. Senate, House of Representatives or, unsurprisingly, the presidency.

In addition, students have trouble keeping up with the numerous issues brought to light in each election and and the several policies and stances of each candidate.

“[Students] feel their voice doesn’t mean anything. They feel like they are just a young millennial and no one is listening to their wants and needs,” said Roger Dean, a senior majoring in criminology, law and society.

Kaleb Carter, a junior government and economics double major with a concentration in philosophy, politics and economics echoes Dean’s statement.  “[People] get a certain amount of satisfaction out of knowing that the vote they cast makes a difference or will cause an actual change,” said Carter.

Still, as Carter points out, many do not understand the impact voting has, particularly on the state level. A change in presidency is a dramatic, clear change, but a change in one’s congressperson is not as noticeable. Citizens often do not see how their congressperson is making a difference since his or her efforts to influence policy take time and patience.

However, Russell says there is a way to encourage students to vote and says that Mason Votes is determined to help achieve this. Mason Votes wants to demonstrate to students that they have a stake in each election and that each vote matters. Each of these officials we elect impacts students on a daily basis through policy.

Chrysanthi Violaris, a sophomore majoring in Spanish and anthropology, feels that Americans should start voting in college.  “We will be the real adults in the world and need to start caring about the place we live [in] and the people who run it. The best way to get students to vote is for them to know…what it can lead to in the future,” said Violaris.

One thing is for sure: voting is crucial for students. “George Mason Students should vote because we as individuals we have to take advantage of every opportunity to make a difference,” said sophomore Hailey Frye.

Students who want to vote have some important things to do. “I’d encourage students to spend the next few weeks doing research on the candidates who are on the ballot this November,” said Russell.

Students may obtain sample ballots from www.vote.virginia.gov to see who will be on the ballot this fall. Mason Votes’ website, www.masonvotes.gmu.edu, also has instructions for how to vote, either in person or absentee, and information on the candidates.

For students registered to vote on campus, Merten Hall (next to Panda express) will be Mason’s polling place this year. Students should bring a photo ID, such as a passport or a Virginia driver’s license. The polling place will be open on Election Day, November 3, from 6 a.m. to 7 p.m.