Since its publication in 1960 “To Kill a Mockingbird” has been celebrated as one of the most iconic and culturally relevant pieces of American literature. Harper Lee’s honest portrayal of 20th century social issues and racial tensions as seen through the eyes of a spunky, young girl is beloved by high school students and mature readers alike. 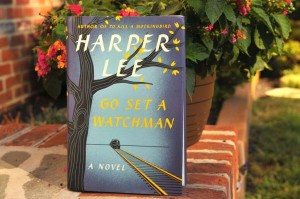 It was no surprise, therefore, when anticipation grew after HarperCollins announced the release of a second Lee novel “Go Set a Watchman” earlier this year.

Unfortunately, not all anticipated works live up to the hype.

While “Go Set a Watchman,” which was released last month, could stand as a decent novel on its own thanks to its thought-provoking themes and grabbing narrative, it’s hurt by its predecessor. Anyone who has read “To Kill a Mockingbird” is likely to feel put-off by “Watchman’s” portrayal of the character Atticus Finch.

Readers of “Mockingbird” may remember him as the wise and upright lawyer who defended Tom Robinson, an African American man unjustly accused of raping a teenaged white girl.

In “Go Set a Watchman,” Atticus is revealed to be a chairman of an anti-integration council.

While the book tries to create reasons for why Atticus would be part of such a group, the very notion that this same character would work to prevent integration completely undermines everything he fought for in “Mockingbird.”

I shared Jean Louise’s horror as I read about her father’s backward, racist actions. Then I realized something that helped all of this make sense.

“Go Set a Watchman” is not a sequel in the traditional sense. The novel was written prior to “Mockingbird,” before Lee had developed the Atticus most of us know and love. Lee did not actually write “Mockingbird” until her editor asked her to write a piece examining Jean Louise’s past.

Taking all of this into account, I found myself questioning what would happen if “Watchman” had been released under different circumstances. Most likely, it would be regarded as interesting tale of a woman who must come to grips with some of the darker secrets of her childhood town.

By imagining this story as completely separate from “Mockingbird,” the character changes felt less drastic and allowed Lee’s trademark writing techniques, especially her thematic prowess, to come into focus.

Lee brilliantly captures what it’s like to shatter the rosy-colored lens of childhood nostalgia. When Jean Louise finds a pro-segregation pamphlet belonging to her father, she is forced to see the ugliness behind her town’s charm.

These thematic views about Jean Louise’s horrific discoveries are where the novel really shines; however, the actual words on the page are where the book ultimately falls flat. As I was reading the book, I noticed a lot of unnecessary repetition occurring throughout. One such case can be found in the first chapter where Jean Louise imagines what her arrival in Mobile, Alabama would be like, then writes everything again almost word for word when it actually happens. In a stylistic sense, repetition can be helpful to get inside the character’s mind and understand what is happening to them as they try to process everything; however, Lee uses this technique too much, creating some groan inducing pages that will cause the reader to wish to skim past certain sentences so they do not have to re-read certain passages over again.

Go Set a Watchman is a tricky book to describe. In the greater sense, the novel is a mixed bag of both good and bad. The overall thematic meaning for the book is its strongest aspect because it is very thought provoking and has the reader question his or her nostalgic past; however, the actual execution of the novel just feels disjointed and unsettling because of its strange repetition and completely different characters. Still, it is well worth the read whether you were a fan of the original novel or not. Go Set a Watchman is full of rich ideas that should be examined, even if the overall novel is kind of a disappointment reading wise.