Improvements on the intersection at Braddock Road and Ox Road (or Route 123) will start in May and will be completed around summer 2016.

The project will be fully funded by Fairfax County and it will cost around $2.3 million, according to the county’s Project Manager Demond Frazier. The county decided to extend and add turn lanes, rather than add bridges or elevated ramps to help ease the traffic congestion.

“It was my understanding that the funding required for a full-fledged interchange at that location wasn’t available,” he said. “So the interim approach was to go with what we’re building this year and that’s the aggregate improvements.” 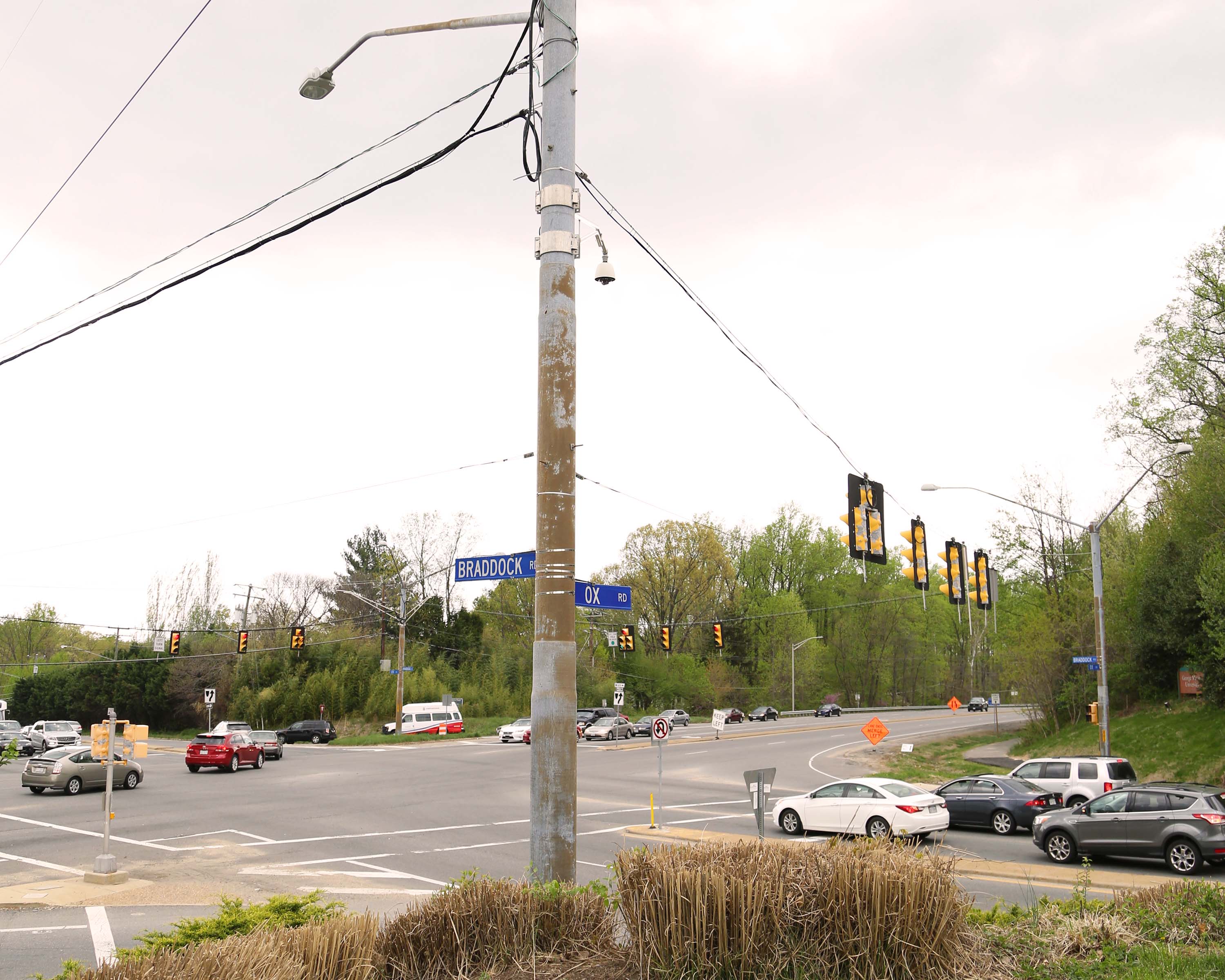 There will also be new stand-alone street lights. Currently, the street lights are on the same poles holding the traffic signal lights.

There is the possibility of lane closures or night work, depending on what is requested from the construction contractor. If lanes need to be closed, then it will be temporary daily closures. Frazier said the county would have to follow the VDOT lane closure times, which are Mondays thru Thursdays 9:30 a.m.-3 p.m. and Fridays from 9:30 a.m.-2 p.m.

But construction will stop during major events at the Fairfax campus, such as graduations and the World Police and Fire Games, which Fairfax County is hosting this summer.

Frazier said that the county released bids for a construction contractor on April 14. They have not made a decision yet, but it should be sometime this month.

After the project is finished, Mason students can look forward to easier pedestrian travel at and near the busy intersection. Frazier said pedestrian trails along Ox Road will be reconstructed and a new intersection crosswalk will be added.

“Since I’ve been managing the project, I’ve gotten calls about crosswalks at the intersection,” he said. “So I am excited to say that we are providing a new crosswalk there at the northern light of Route 123.”