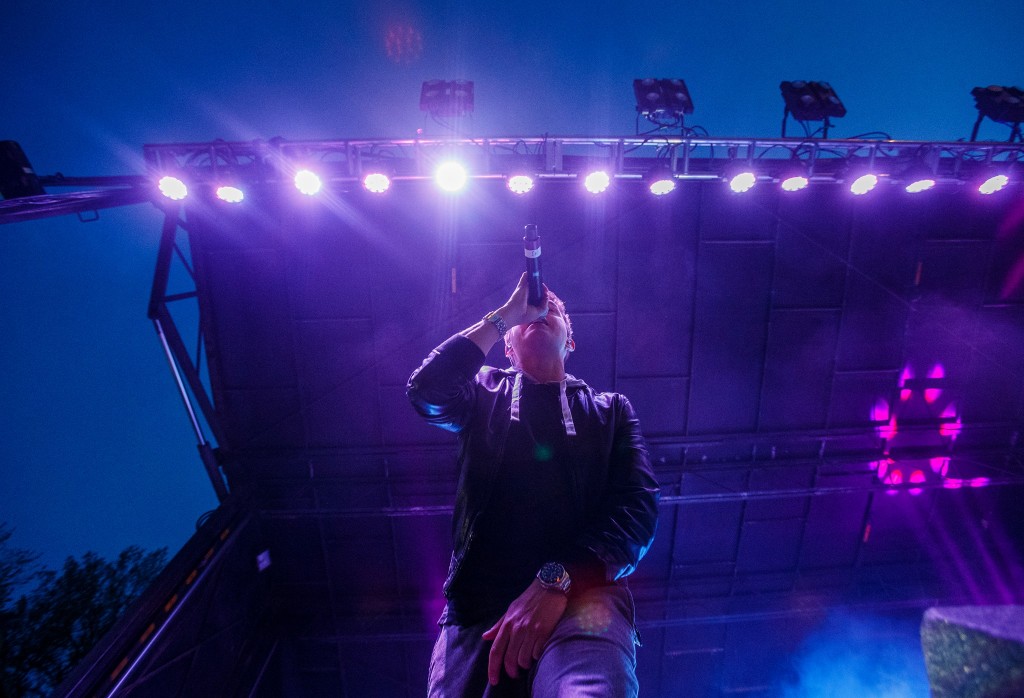 Mason students had a blast from the past with last Friday’s Mason Day performance from teen pop sensation, Jesse McCartney.

McCartney, who is best known for his hit 2004 song “Beautiful Soul,” has been making girls swoon for about a decade in the musical and acting world.

His career debuted in 1999 with McCartney’s involvement in tween boy band, Dream Street. In 2008, McCartney released his catchy hit, “Leavin’” and co-wrote the international best-selling song of the year “Bleeding Love” with producer Ryan Tedder for British artist Leona Lewis. Today, he is acting in the ABC Family series “Young & Hungry,” and just released his newest album “In Technicolor” in July of 2014. He is now back on the road performing for fans.

He started writing and collecting songs for “In Technicolor” about two years ago.

“For me, I wanted to do sort of a modern take on retro pop music that I grew up listening to, my parents listened to, and in turn I listened to because I listened to all of their albums,” McCartney said. He specifically mentioned Michael Jackson, Prince and Earth Wind and Fire for his musical inspirations for the album. “I wanted to sort of take or borrow, if you will, certain sounds and moments from those artists. And kind of put it together in a new modern way and if you listen to the record you can hear a lot of that retro over-tone. I think that melodically, it still sounds sort of current.”

McCartney worked with a group of New York City based producers known as The Elev3n, who produced the majority of the album.

“We did a lot of research and spent a lot of days just listening to music in the studio,” McCartney said. “Some days we didn’t even write at all, we just listened to stuff. I am really happy, it’s definitely my proudest musical achievement yet.”

Making his musical mark in 2004 with his album “Beautiful Soul,” McCartney gained fans his age who have now grown up with him. 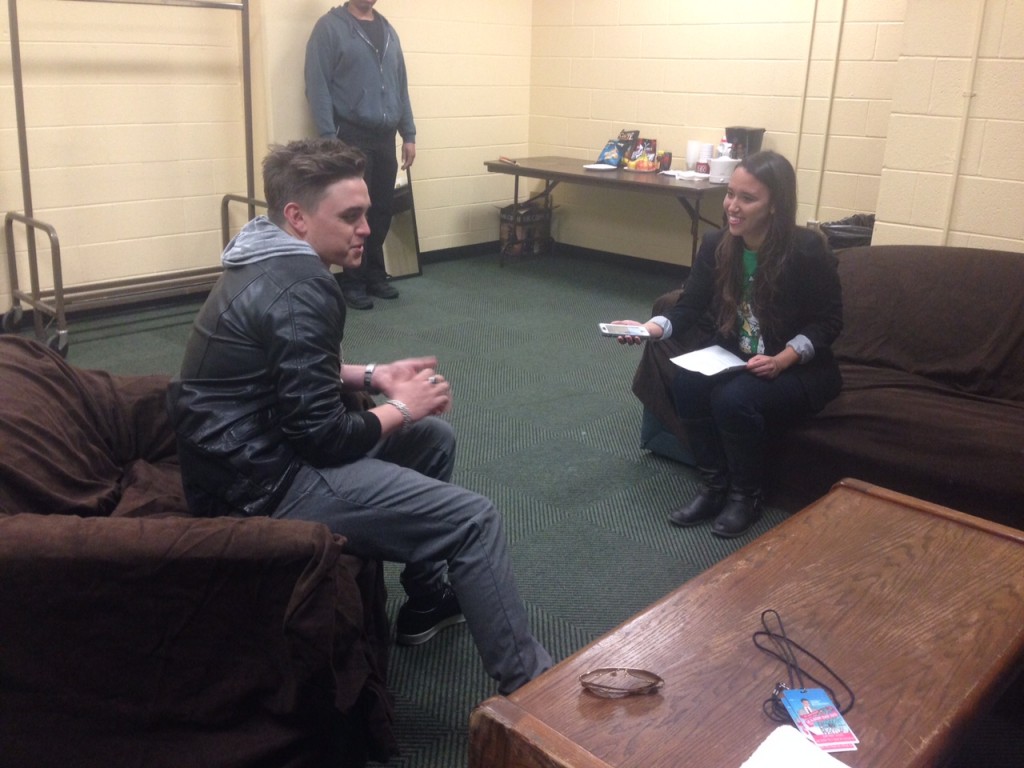 “It’s pretty wild! Like it’s now become multi-generational,” he said. “I have fans that are in college and even a little bit older. I just turned 28, so some of my female fans that are my age actually have young kids now, or newborns and are now ‘Jesse fans,’ as well. It’s so funny! I’ve had some fans show up at the last tour with a baby on their arm like ‘this is all we listen to!’ And they were fans when they were fifteen or sixteen years old, because I have been doing this now for almost fifteen years. So it’s pretty cool to see the new wave of fans coming through.”

Family plays a big role in McCartney’s life and has been influential in his music career. “I owe a lot of my career to my family,” he said. Both of his parents were very musically inclined and into the arts. He noted that his mother studied dance at Julliard and studied music at UCLA. “They have always been big supporters of my career. I think once they saw that things started to take off, my dad always said to me, ‘always remember to be a kind and caring and good person, because I’ll kick your ass if you change!’ So those are words I did not take lightly. I try to maintain that sort of way of life, even in my successful years.”

Outside of his career, McCartney is a big foodie. He likes to spend his time checking out new restaurants in Los Angeles with friends and family, bar hopping, and cooking. In fact, if McCartney wasn’t playing concerts, writing music, or acting, his dream job would have to be a chef.

“I have more and more found this love for cooking and creating new dishes,” McCartney said. “I am a huge fan of the Food Network, it’s really all I watch lately. Chopped and Cut Throat Kitchen are like my two favorite shows right now.”

After fans called him back to the stage for an encore, McCartney ended his Mason Day concert with crowd favorite and his favorite song to perform live, “Beautiful Soul.” 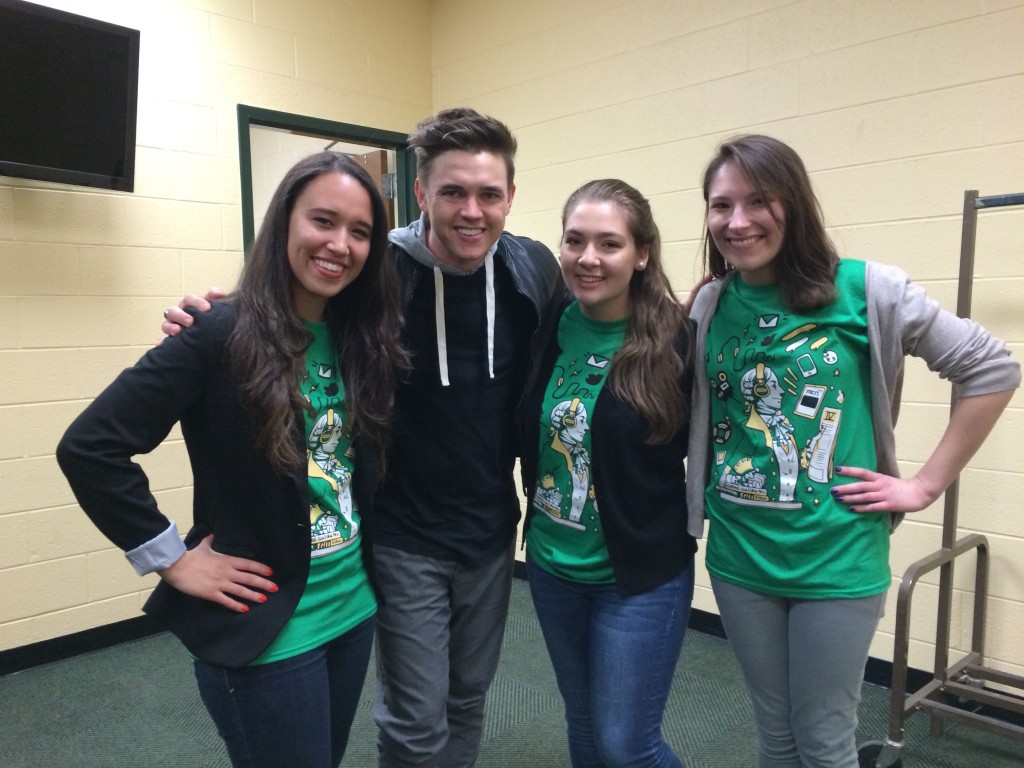 The Lifestyle Editors had the opportunity to speak with McCartney before his Mason Day concert.

“You know there is something kind of magical [about the song] because it used to be like pulling teeth for me, at one point,” McCartney said. “But now, it’s become like such a nostalgic [song]. I mean that song gave me this whole career. It was my first debut single that took off and became super popular. Now it like marks a chapter in people’s lives. People come up to me like, ‘when we first heard that song, we were in high school or middle school! Then it was our wedding song!’ It’s stories like that.”

McCartney comments that he has probably sang the song over fifteen thousand times, but it’s still very special to his fans and himself.

“Those first three chords, when people hear them, it kind of brings them to a certain place in their life. It’s fun to see that,” McCartney said.

McCartney gave his Mason fans a night to remember with playing a mix of his old hits and some new crowd favorites.

“I’ll play a gig for this college anytime!” McCartney said at the end of his performance.

Intersection improvements at Braddock and Ox Rd to start in May

A new direction for Mason research