Faculty from the School of Art have rallied around Dr. Thomas Stanley, whose contract will not be renewed due to budget cuts, by writing a letter to the administration on his behalf.

According to the letter, which was signed by 16 out of 19 full-time faculty, Stanley has been recommended for contract renewal yearly by the School of Art’s Reappointment, Promotion and Tenure Committee since he began working for Mason. The letter was addressed to Mason President Ángel Cabrera, Provost David Wu, Dean of College of Visual and Performing Arts, William Reeder and Director of the School of Art, Peter Winant.

The letter was sent on Feb. 1, 2015, and the faculty members have not yet heard a response. Winant and Sue Wrbican, associate director of the School of Art, could not be reached for comment before publication. 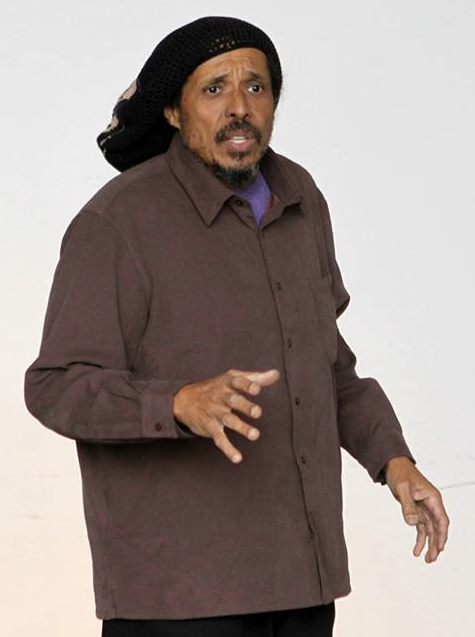 As term instructional faculty, Stanley’s contract was renewed on a year-by-year basis. Though contract renewal is up to the administration, the letter states “the School of Art has always placed the reappointment and promotion of term faculty in the hands of our RPT Committee, and it is discouraging to learn that one of our most highly valued professors, and the School of Art’s only African-American faculty member, is being let go.”

Though faculty members acknowledged that the administration is in charge of contracts, Stanley’s colleagues expressed frustration at the lack of consultation and communication about the decision making process.

“This is not a decision that’s really made by the faculty, it’s made by the administration of CVPA but the faculty nonetheless was extremely upset. And that’s why the letter was written because it was our opportunity to voice our support for Thomas as a colleague and educator and to make plain his importance to our students and our program,” said Lynne Scott Constantine, assistant professor at the School of Art.

While School of Art faculty members were disappointed in the lack of communication about the process through which employee contracts are renewed, Stanley said he understood the administration’s decision and was not involved with the letter written on his behalf.

“I’ve never seen that letter and I just know that I’ve made some good friends here with my colleagues, and they were trying to look out for me. I don’t think it will accomplish much, I don’t think that I’m in a position to assess the needs of CVPA. There are other people whose job it is to figure out what kind of faculty to teach what kind of courses, so that’s not my place,” Stanley said. “I know that there are things that I do here that are valuable that no one else can do. And I hope that as I leave that they’ll figure it out, I hope that there’ll be continuity with the sound art program.”

Stanley’s Ph.D in ethnomusicology added a unique quality to the School of Art faculty’s collective expertise.

“I really believe in Thomas and what he’s brought to the school, and I think it’s an atrocity what’s happening. He brings so much to the program in terms of his ethnomusicology background as well as the fact that he’s a sound artist and we don’t have anything like that in our school. And he’s an amazing theoretician, the students have a lot of respect for him and enjoy working with him,” said Peggy Feerick, associate professor in the School of Art.

Some faculty members also believe Stanley’s importance to the School of Art extends beyond expertise as well.

“We all love him as a colleague, he’s a great person and it’s very important to us too that it be recognized that he is our only African-American faculty member. There’s something just fundamentally wrong about, you know, leaving a person who not only brings this great body of knowledge and skill with teaching but who represents an important part of culture that’s not represented anywhere else in our program,” Constantine said.

Since the start of his career as an adjunct in 2003, Stanley worked his way to becoming a full-time professor. During his employment at Mason, Stanley has built the sound art program in the School of Art. His contributions to the college include teaching several courses as well as organizing Noise Awareness Day, an international celebration of hearing.

“That’s the celebration of hearing and listening that we do a part of the sound art program that I’ve built here at George Mason, there was not a sound art program here until I built one. And we bring in musicians from all over the [D.C., Metro, Virginia] area who play the most radical, funky, experimental, mind blowing, trippy music you’ve ever heard in your life. That’s what we do,” Stanley said.

“But it was more than just that for me, I feel like I improved my writing so much more than ever before,” Sweeney said. “He’s very – he has this great attention to detail, like every sentence he would look at and he would really care about what you were saying, how you were saying it and if you were being factual or if you were just trying to make assumptions and all these sorts of things, and he made every student, I believe, look and analyze what they were saying in their work more than what we’ve been doing previously in other classes, even other English classes.”

Though students and faculty alike are distraught by Stanley’s situation, he remains positive and thankful for his experiences at Mason.

“I’m really not surprised that it’s time for me to leave because my relationship with any institution is always tentative. You can’t let institutions own you. You have to be your own person and you have to do what you think is right in every possible circumstance and that’s what I’ve tried to do here,” Stanley said. “I think I’ve had a really positive impact in some young people’s lives, at a really crucial time in their lives, I know I have helped students not just intellectually but personally in their development and when I’m doing something, I like to do it 130%, you know. I like to do it full tilt, I like to do it without reservation and without looking over my shoulder, and that’s what I’ve done, so I’m pretty okay with what I’ve contributed here.”