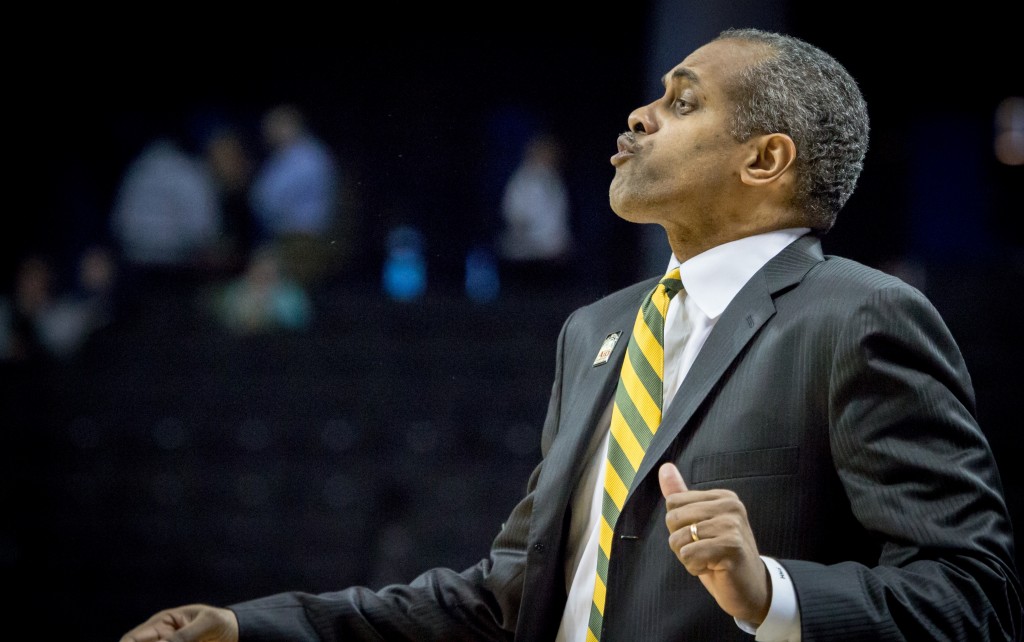 George Mason University announced today the firing of men’s basketball coach Paul Hewitt. The move comes after four seasons under Hewitt, a time in which the team went 66-67 — with the last two seasons marking the first time that the Patriots have had back-to-back 20-loss seasons since 1993.

“Mason made a significant commitment to its athletic programs, especially men’s basketball, when the university moved to the Atlantic 10 Conference two years ago,” said athletic director Brad Edwards in a university press release. “The university has high expectations for the program and thus determined a change was needed.”

Hewitt came to Mason in May 2011 after being bought out at Georgia Tech, and signed a five-year contract to coach the Patriots. At the time of hire, Hewitt inherited a team that went 27-6 and bowed out in the third round of the NCAA Tournament, and Hewitt’s experience coaching a major conference program was seen as his main appeal to continuing Mason’s success as a program and building a perennial mid-major powerhouse.

Following Mason’s move to the Atlantic 10 Conference, the team’s weaknesses were exposed against tougher competition. Hewitt’s teams have consistently been out-matched and out-coached by A-10 rivals, resulting in an abysmal 8-26 A-10 record in two seasons that were marked by two losses to Fordham in consecutive years of the A-10 tournament.

In an interview with Fourth Estate in Sept. 2014, athletic director Brad Edwards gave a full vote of confidence to Hewitt before the season began. “[Paul Hewitt] is an excellent coach, and he is our coach,” Edwards said. “We are fully behind coach Hewitt.”

The real Saint Patrick of Ireland