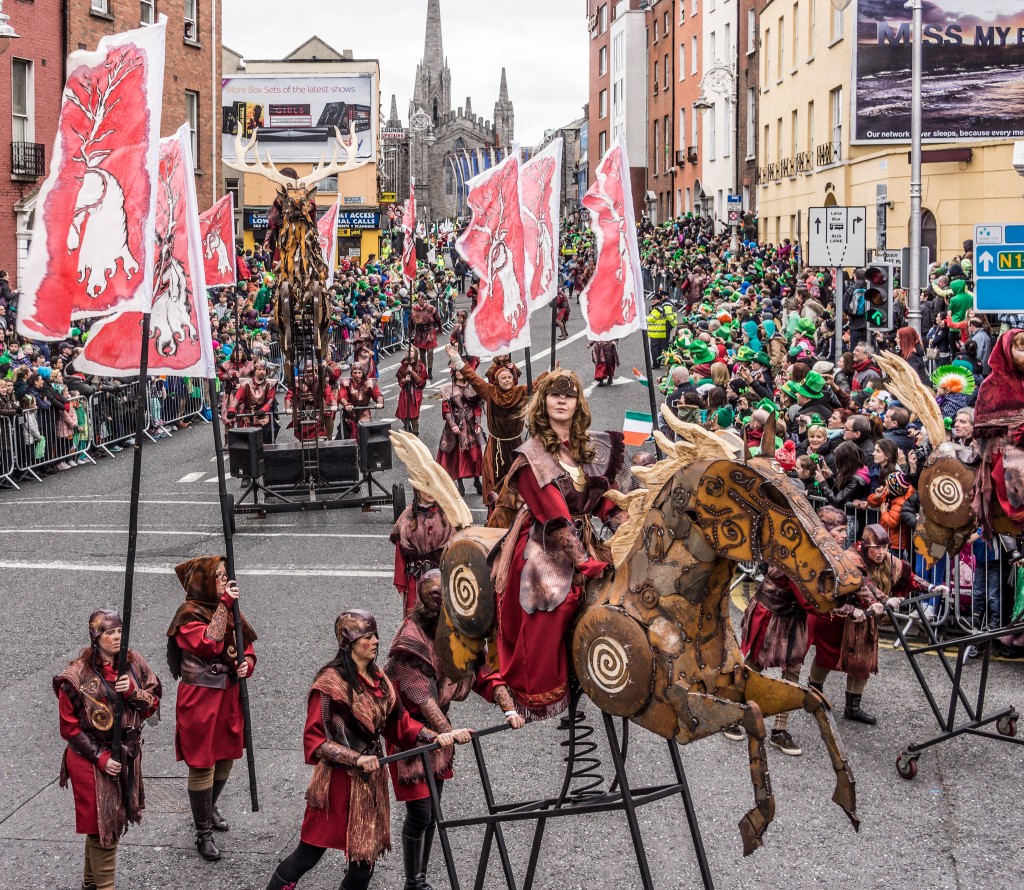 Saint Patrick’s Day is upon us once again. For many of us, the holiday is about wearing green and an excuse to drink copious amounts of alcohol.

While there may be some truth to these claims, it would be just as easy to name a green themed Irish “drinking holiday” after Bono, Sinead O’Connor, or James Joyce. So why is St. Patrick’s name leant this occasion?

To understand the holiday, we must first understand the man. Saint Patrick was born Roman in the late fourth century A.D., and only found himself in Ireland as a slave taken by pirates. His eventual escape and taking of the cloth brought him back to the home of his captors to convert Ireland’s pagan people. The traditional association with shamrocks, which later became a symbol associated with the Irish in general, emerged because St. Patrick used them as a tool in teaching the holy trinity to the Gaelic speaking people.

The color green was chosen by the Irish Catholic Confederation for their flag, and quickly adopted by almost all of the feast’s participants. When we think of the color green and the shamrock as visual representations of Ireland and its people, it is imperative that one understands that this seemingly arbitrary choice of color and clover are a tie to the beginning of a people’s modern, written history.

The question still remains how could or should one celebrate St. Patrick’s Day. Traditionally, a parade is given in the catholic processional tradition through the main road of any given town. Unfortunately most of the D.C. area parades happened this past Sunday, but that doesn’t mean you can not feel Irish for the day.

Draping one’s self in green and singing “Danny Boy” may seem like a forgone conclusion, but take a step back, breathe. There are other ways to celebrate.

If you are craving Irish faire, just over a mile off campus, Auld Shebeen is a traditional Irish pub that will make you feel like you are in Donegal or Sligo. With regular performers, plenty of Irish whiskey, and authentic Irish food, there is no better way a night owl could celebrate St. Pat’s.

If you just cannot tear yourself away from your books on a Tuesday night, this Saturday, Shamrockfest, the momentous annual D.C. Irish rock festival is being held at RFK stadium. Boasting annual numbers of 40,000 attendees per year, and tickets at a mere $30, this is a great way to instantly immerse oneself in one of the most important facets of Irish culture: its music.

Finally, if the idea of large crowds or weeknight mischief does not excite your senses, simply turn on a Clancy Brothers album (Irish folksingers/national treasures), dust off any book from W.B. Yeats, and enjoy a Guinness or Wexford’s Cream ale.