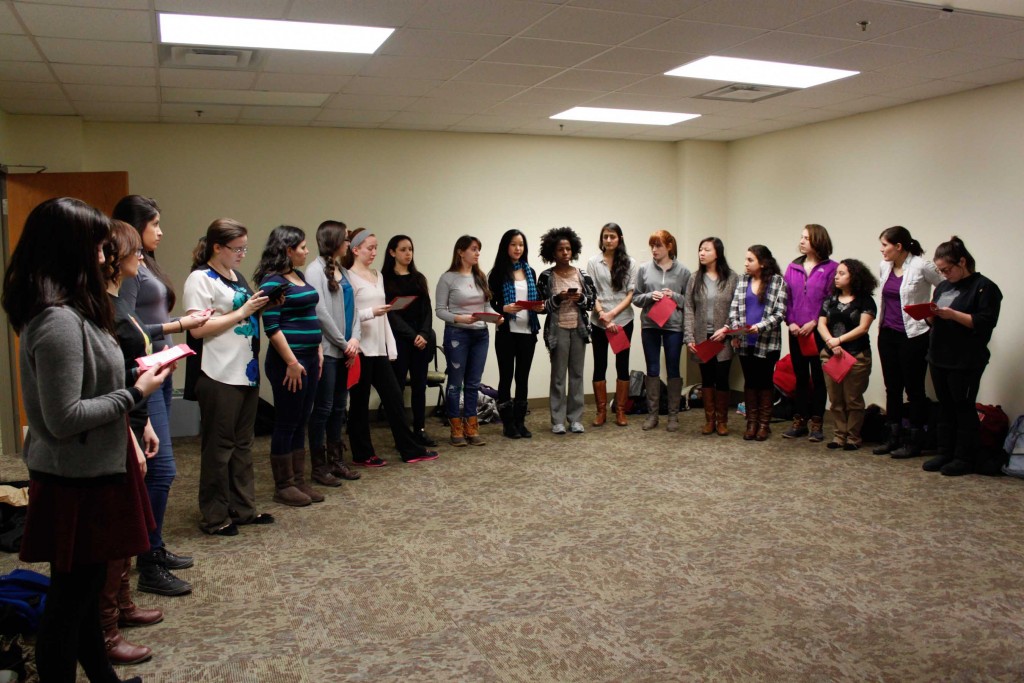 Eve Ensler’s “The Vagina Monologues” is a well-known series of monologues about the vagina. The concept may seem simple, but the play is about more than just genitalia.

“The Vagina Monologues” explores many aspects of the vagina including femininity, sexuality birth, and even some darker aspects, like rape and female genital mutilation.

The piece, which will be performed at Mason on Valentine’s Day, is also in line with a movement known as V-Day.

The V-Day movement is a global activist group whose purpose is to raise awareness for and end violence towards women. There are few plays that discuss female sexuality and struggles so explicitly, so it is performed to celebrate female strength, independence and empowerment.

Because the show is presented at Mason each year, the director must add their own twist to the production.

Madison Landis, a theatre major and the director of “The Vagina Monologues” this year, said that to add her own perspective she “added more supporting roles, added people, mixed up monologues, and sort of added bits.”

Traditionally, each year that the monologues are performed, a new monologue is added. Usually they are topical, and reflect the relevant events of the day.

This year, Eve Ensler wrote and added a monologue called “One Billion Rising Revolution,” which is inspired by the movement carrying that name.

“This particular monologue is about revolution, which is very prominent in today’s society. There’s quite a few revolutions going on now. It’s a term that’s forefront in a lot of our minds, and it’s very applicable to the revolution of women owning their bodies,” Landis said.

Many critics have decried “The Vagina Monologues” as unwholesome and hateful towards heterosexuality, which has stopped performances before.

Notable criticisms include the TFP Student Action protest on the grounds of audience members experiencing “inappropriate and explicit discussions of sexuality and sexual encounters,” and Robert Swope’s accusation of the play glorifying female on female rape.

Landis, however, states that “We are including the entire core of monologues, because the vagina doesn’t shy away.”

Regarding police and community relations