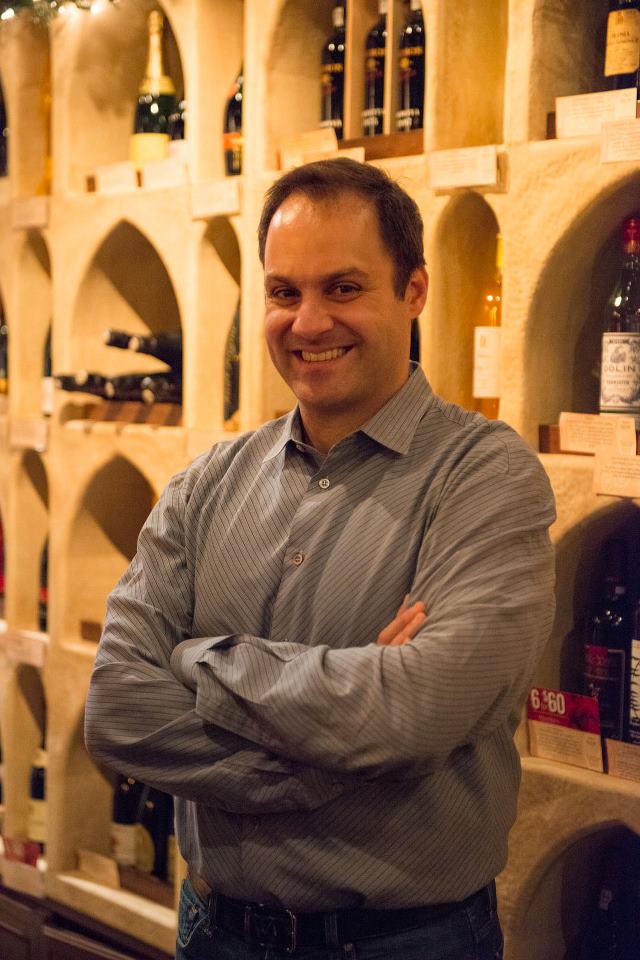 The world of wine is ever expanding, especially in America. In an industry as old as civilization itself, it is hard to believe that business changes at a snails pace if at all. One proud George Mason alumni stands at the precipice of it all.

Arthur Lampros is the co-owner of his family runned, Giorgio’s restaurant and Winestyles of Montclair.

“I am encouraged to see George Mason has introduced a course in the business of wine,” Lampros said when asked about new wine business courses being taught at George Mason.  “I learned this business the hard way self taught and hands on, relying on my peers to help guide me, I wish I had a chance to take a course like this while I was still at Mason.”

But the story does not begin there. Lampros was raised in Burke, Virginia and decided to enroll at George Mason because of his strong local and familial ties to the school. When reminiscing on his college days his story draws several parallels to current Mason students.

“The worst thing I remember was parking. And there was a sub culture of ‘parking lot stalkers’ I remember trying to find parking and the worst thing would be following someone from the Johnson center all the way to the back of the parking lot behind the Patriot Center hoping to take their spot. Then they stop and say, ‘I’m not leaving!’ It was the worst,” Lampros said.

Lampros studied hard, ran a valiant, though unsuccessful, campaign for student body president senior year, and for a brief moment, played on the Mason rugby team. Arthur graduated from Mason in 1993, but his time as a Patriot was colorful if nothing else.

After graduation, Lampros continued working in restaurants as he had on weekends during his college career, but his love for wine and fine dining only intensified upon entering the real world. He worked for he American Hellenic Institute for a time, but the restaurant industry continued to call his name. In 1999, Arthur and his family had a deli nestled in the heart of Montclair, Virginia. In no time they had converted the small space into a fifty seat Mediterranean restaurant with customers lining up around the block for seats. In 2002, they bought the property just next door and expanded to a full service restaurant capable of hosting three times the number of guests. It was at this time that Arthur once again heard the call of public service. This time working at the Federal Emergency Management Agency (F.E.M.A.) full time while still moonlighting at the restaurant every evening.

After a few years of dragging his knuckles in the public sector, Lampros felt that his life was better fulfilled rejoining the world of fine dining and wine full time, an industry that he had grown up in and left him captivated in his youth.

“I hit a moment when I was looking over some five hundred page brief that meant nothing to me,” he said, “and that while a job in the government would provide me with comfort and a certain level of security, I couldn’t do it for the rest of my life, it didn’t hit that sweet spot (as wine did) for me.”

Arthur left F.E.M.A to manage the restaurant full time in March of 2005, but soon after disaster struck. Later that year, Hurricane Katrina hit the Gulf Coast in a fury. “I was relieved in a selfish way that I wouldn’t have to live in a tent for months, but that feeling was balanced by the thought that I could have helped, but I already assumed so much responsibility at the restaurant that I couldn’t just leave,” Lampros said with an air of remorse looking back on the aftermath of his foray into public service.

But Arthur and his family were hard pressed to stay complacent with their budding restaurant, and the world of wine continued to call Lampros’s name. They began to weigh their options, searching potential locations for a bar or wine shop. Fate however had different plans for the Lampros family. The location just next door to their already expanded restaurant became available just as they discovered the Midwestern wine shop franchise Winestyles was looking to expand in the D.C. Metro area. It was at this point that Arthur decided the wine business needed an overhaul. They merged the two entities creating a store that melded retail wine sales with a bistro atmosphere and menu supported by the restaurant with full wine service and a litany of wine tastings and educational events. Under their direction, Winestyles Montclair has broken sales records and stood at the top of Winestyles franchise list in sales and club membership winning the corporate offices’ both emerald and gold franchise designations. They are now the Virginia area developers for the corporate franchise, and the franchise at large has begun adopting their hybrid model nation wide.

Arthur Lampros has carved out a compelling and unique niche within the wine industry, but the future it seems is even brighter. Determined to change the landscape of the wine industry once more, Arthur is a founding partner in A.R.M. Beverage Management, a company that will hopefully redefine wine consulting, event planning, and private wine tastings.

“What better way to lighten the mood at the office, we’ll teach you about wine in a responsible and engaging manner without the perils of a holiday party gone wrong,” Arthur said when asked about the need for a company of this variety in the D.C. area. “We are looking to hire professional credentialed wine professionals to fill the void left by untrained, uneducated stock boys.”

“College kids are the next generation of wine enthusiasts. There is more to wine than a box of Franzia or Boone’s Farm Blue Hawaiian. We can step in and help,” Lampros said. “Being a G.M.U. alum I am eager to see where this course goes. I think the wine business is a unique, multi faceted and complicated one that covers a breadth of academic topics including agriculture, history, economics, chemistry, and a unique perspective on global affairs. [This program] has the opportunity to tap into a huge culture culture of wine and food enthusiasts looking to break into this market. There are a lot of us out there.”

Plans for new building will provide a central location for CHHS