A Mason student has started using photography to document the numerous dirt paths around campus.

Caroline Weinroth, a junior studying theatre, initially began the project as a simple video slideshow for her Computer Aided Design class. It inspired Weinroth to continue to photograph the dirt pathways that students have created. 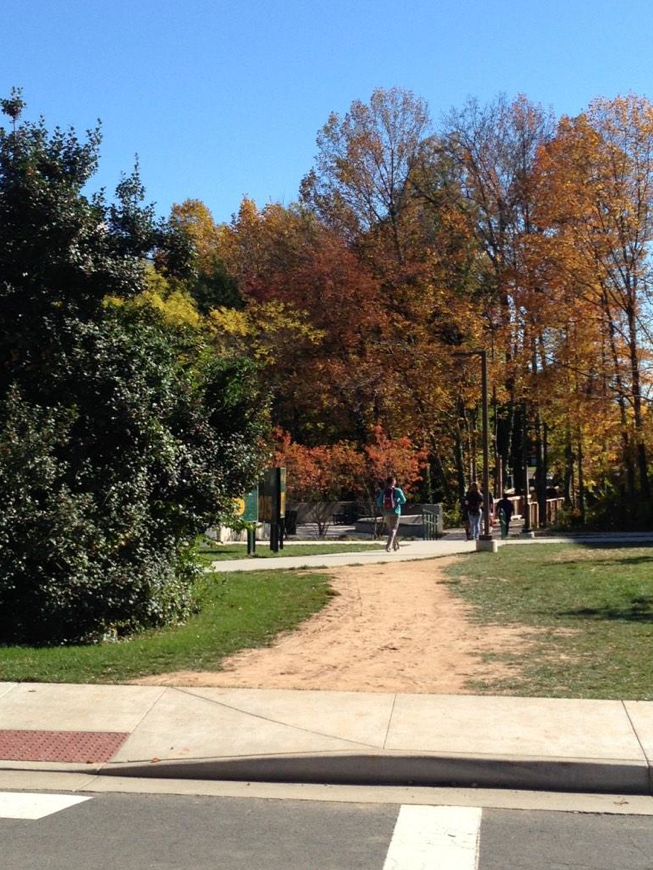 The path outside of The Hub. Photo Credit: Caroline Weinroth

“I went around campus and took photos of the dirt paths around campus with my phone and then edited it together into a movie file,” Weinroth said. “Video isn’t my strongest art form, so the end result I submitted for class looked pretty amateur.”

“I created a Twitter, @MasonPaths, since I really admire the George Mason culture that has arisen on Twitter,” Weinroth said. “With Twitter being used by official university groups as well as unofficial student-made fan pages, I thought it would be the most accessible for Mason students. There are only a few photos so far, but maybe we’ll see popularity grow.”

The account features pictures from various spots in different areas of campus. One image is of a well-tread dirt path between Southside and the Hub, another takes a wide-angle view of a trail just outside the Art and Design Building and a third displays a muddy path just after a rain shower.

The account description on the Twitter account reads, “There are paved roads that you can follow, or you can choose to create your own path.” This is indicative of what Weinroth believes Mason’s culture to be – students working together to find creative solutions for the problems they’re faced with.

Anthony McLean, a senior Integrative Studies major, provided his opinion on Weinroth’s project and on the paths.

“Caroline’s project is interesting. I have discussed with friends that there are paths that students have created because the sidewalk did not lead from point A to point B in the best way,” McLean said. “It is quite entertaining to see how students will make their own path based on what suits them, and not what is already provided. I personally enjoy the paths, except when it rains or snows because then there is mud all over the place.

Weinroth had the same thoughts when she first decided to record the paths. She described her own love of nature and her desire to show how Mason students shape the Fairfax campus.

“I just wanted to document all the paths I find walking around campus and figured the best way to share the photos would be through Twitter,” Weinroth said. “I really like seeing dirt-trodden paths and man-made parts of nature. It’s neat to see where people before you have walked. There’s a kind of metaphor behind how, even though there’s a permanent road in place, students have created their own way by thinking alike and taking the same 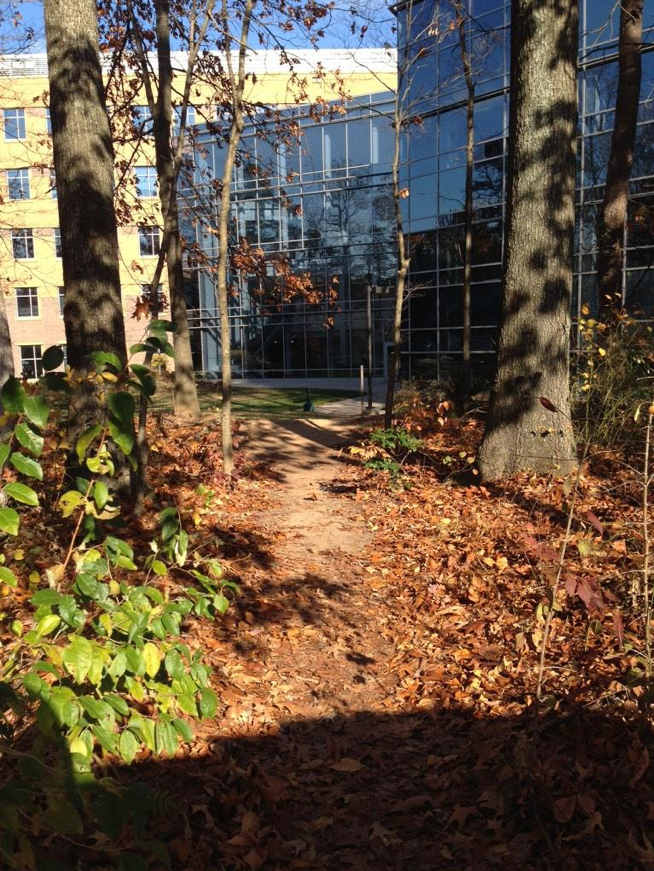 Shannon Pace, a junior studying Environmental Science, expressed her love of nature slightly differently than Weinroth. Pace is frustrated with sidewalks that don’t seem to take students where they want to go, and is hesitant about the man-made developments through natural areas on campus.

“I do not understand why we need sidewalks to begin with,” Pace said. “People like to walk the shortest path to get where they are going, and as you can see from the dirt pathways, students do not care where the sidewalks are. Sidewalks are just giving us more impermeable surfaces and larger floods.”

Weinroth hopes that the end goal of the project will be assisting other students in cultivating an appreciation for the paths.

“I have a lot of creative projects I’m working on – I also make music – so my only goals are just to not abandon this Twitter and to create a sort of community admiration for the way that students shape the George Mason campus,” Weinroth said.

Although she only has three followers on Twitter currently, Weinroth says she is not too concerned for the account’s future. For her, it’s all about promoting a passion and sharing it with anyone else interested.

​“I honestly haven’t gotten much feedback on this project! Maybe @MasonPaths will be the next @GMUCrane, but if not, that’s okay with me,” Weinroth said. “I’m just fascinated by little things in the world and wanted to create a digital shrine to some dirt.”

CORRECTION: The published version of this story attributed a quote by Pace to Weinroth. Fourth Estate apologizes for the error.

Dealflicks.com allows a cheap trip to the movies