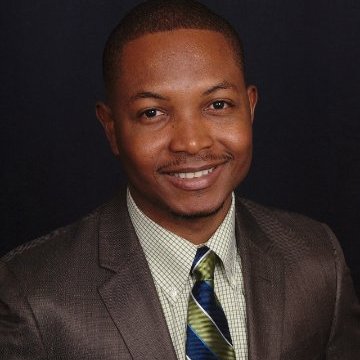 A recent graduate and eight year Marine Corps veteran took a class project idea formed while attending Mason and turned it into a reality.

In five years, Andy Nevers, founder and CEO of Servpal, hopes to see his fashtech (fashion technology) company as a household name and having a significant amount of revenue coming in.

“There is nothing currently out there that really captures what Servpal is trying to do,” Nevers said.

Servpal creates a marketplace to give direct access to its clients.

“You can see the image professional that you are going to be working with ahead of time, versus other services out there where you have to call someone or google around, which is a pain sometimes,” Nevers said.

It creates a business tool and marketing engine for interested image professionals and gives customers an easy implement to find them.

On the Servpal website, there is a space to type in the local zip code and then it brings up the image consultants nearby.

“You see their profile, all of their contact information, the services that they offer, and you can chose from there,” Nevers said.

“The transparency I am trying to create versus the other websites that do similar things but [on those other websites] there is not a lot of transparency, you don’t see what you are getting for your money until you actually sign up,” Nevers said.

Nevers’ idea for this website actually started while he was attending Mason.  “

“I did two years of my degree while I was still active duty,” Nevers said. “Then I finished up my last two years at Mason, so I attended George Mason from 2012 to 2014.”

“When I left the Marine Corps, I noticed that I went from wearing a uniform all the time to now, ‘hey have this internship and I have to wear business casual all of the time,’” Nevers said. He wished he had someone to help him out and point him in the right direction for his daily business casual attire.

This prompted Nevers to do some research.  He realized that there was nothing out like what he was envisioning.

Nevers is originally from Jamaica.

“I moved to New York as a teenager to live with my Dad and then I joined the Marine Corps there, then lived in various places in America,” Nevers said. He eventually ended up in the Washington D.C. area.

His biggest challenge so far with building his company is timing.

“I was trying to work on it while I was still in school and I am one of those overly ambitious people,” Nevers said. “I took a lot of classes, I was taking six or seven classes a semester and trying to start a business at the same time.  So that transition from school, I realized I had a bit more time on my hands and I was able to connect with the right people and put a team together.”

At the beginning stages of Serpal, Nevers used some of his Mason friends and professors to get feedback and advice on his business.

“I have utilized classmates, professors and StartUp Mason,” Nevers said.

StartUp Mason is a learning group for students, alumni, administrators and others in the Mason and D.C. Metro area dedicated to building entrepreneurs in the Mason community.  They take on entrepreneurial initiatives while participating in peer-to-peer feedback sessions, mentor meetings and completing an entrepreneurship and innovation curriculum based on various business-related tools.

“David Miller is the director for that now, so I have been getting a lot of feedback from him,” Nevers said. “He was also one of my professors for one of my entrepreneurship classes and is very familiar with this concept and idea.”

“I am really proud to see that it [Servpal] is coming together,” Nevers said.  “Now that I am out of school and have time, everything seems to be falling into place.”

Servpal is currently going through an upgrade, the website is displaying a teaser page at the moment.

“It is announcing Servpal to the public saying ‘hey, Servpal is a thing, it’s an entitiy, it’s here and you are welcome to go ahead and start signing up,’” Nevers said.

This next phase for Servpal will be ready on Nov. 17.

People who are signing up right now are people who are familiar with the concept of a personal stylist.  Nevers is hoping to reach out to not just those who are style savvy but also people like him, a student who was curious about business casual at first.

“George Mason’s ‘innovation is tradition’ sets you up to think like an entrepreneur all the time,” Nevers said. “You are always thinking from a business perspective.”

Nevers said that writing business plans, reading over case studies and the hands on experience of pitching and creating your own company to his classmates in his various entrepreneur classes has given him valuable tools and has prepared him for his career so far.

“I would be lying if I said this was a piece of cake and this happens overnight,” Nevers said. “You really have to be persistent.  At the end of the day, you have to make it happen.”