When discussing great theater cities in the United States, New York City frequently emerges in the minds of many as America’s only city that generates theater.

Washington D.C. offers the public over 80 theater companies dedicated to producing the classics, contemporary works, and everything in between, including improv, children’s plays and opera.  The vastness of productions around the D.C. area will satisfy preferences ranging from the popular to the obscure.  Many theater companies offer pay-what-you-can performances, previews and other discounts that make attending theater in D.C. more affordable than most regional theaters, not to mention Broadway.

After a life-changing trip to London, I experienced the transformative power theater wields over an audience, expanding my passion toward my chosen career field while igniting a desire within me to introduce the magic of theater to a broader audience.  When I returned from London, I developed an unquenchable desire to see more theater.  As I began seeing more and more shows in the D.C. area, I realized for the first time the trove of theaters strewn across our nation’s capital, making the D.C. area an American cultural hotspot.

Below lies a list of note-worthy theaters to explore in the Northern Virginia, Maryland, and D.C. areas, including opportunities for discounts. 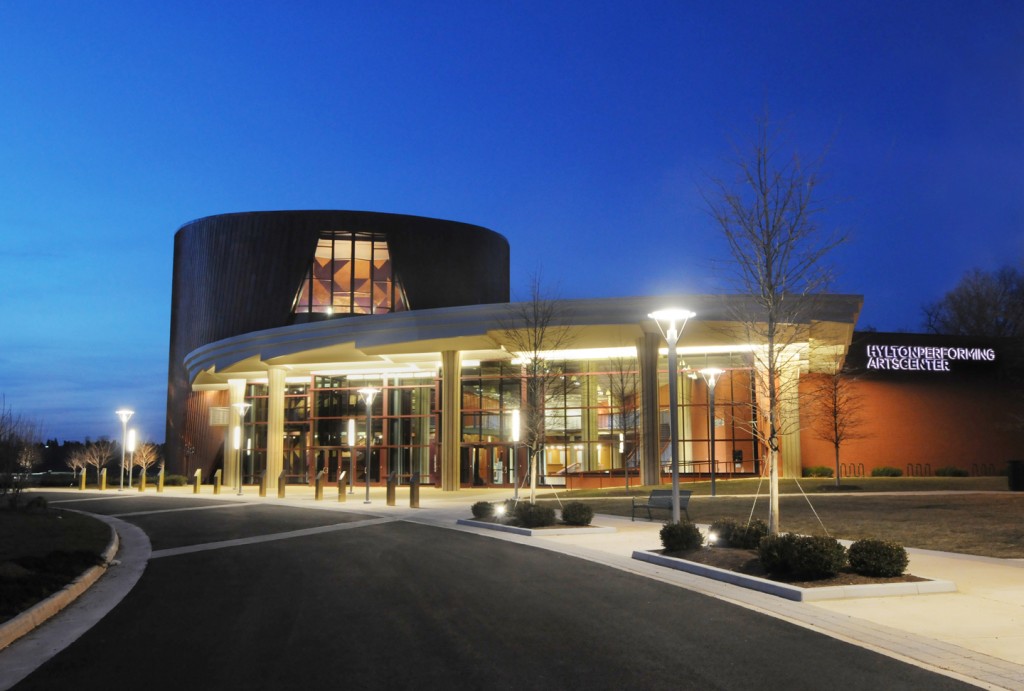 Located in Manassas, on Mason’s Prince William campus, the Hylton Performing Arts Center provides a state-of-the-art performance venue for professional shows from Resident Arts Partners, the Hylton Presents series, the Hylton Family series and a destination for touring projects such as musicians and comedy acts. In addition to its primary sources of programming, the Hylton recently began presenting select shows produced by Mason’s School of Theater, like the “Mystery of Edwin Drood.”

Rick Davis, the executive director of The Hylton Performing Arts Center, describes it as a “creative commons for the region, which inspires actors, artists and audiences to come, be inspired and find their voice, and a cultural gem that the people of Manassas can be proud of.” It shows performances that vary in genre, style and culture.

A popular theater, located in the heart of D.C., is the Shakespeare Theatre Company.  As the nation’s premier classic theater, the STC produces the work of Shakespeare, his contemporaries, and the playwrights he inspires today.  It presents the classics in a fresh, vibrant light that will satisfy any bardolator and classical connoisseur, while moving audiences new to such long-established drama.

The theater’s current season includes Shakespeare’s “As You Like It,” “The Tempest,” and other non-Shakespearean classics like “The Metromaniacs,” “Man of La Mancha,” and “Tartuffe.”  This season, the STC will also produce “Dunsinane,” a contemporary sequel to Shakespeare’s “Macbeth” by Scottish playwright David Grieg.  The STC offers a nearly unbeatable discount with their 35 and under deal, where—after 12 p.m. on Tuesday—you can purchase $18 tickets in person or by calling their box office.

Infamously known as the theater where President Lincoln was assassinated, Ford’s Theatre serves as a great tourist attraction. 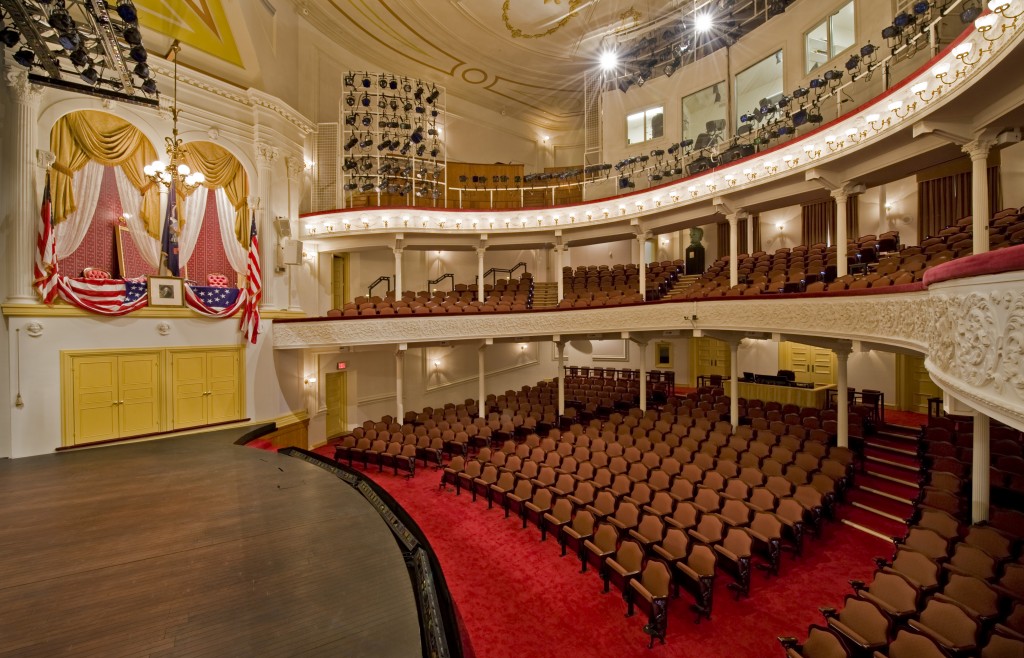 View from the stage of the President’s Box at Ford’s Theatre. Photo credit: Maxwell MacKenzie.

“With its [Lincoln] museum, the house where Lincoln died across the street [it is] a great performing arts venue all in one,” Rebecca Wahls, a Mason theater major and a Ford’s Theatre Student Ambassador said.  “If you’ve never gone to the theater before, Ford’s will give a strong first impression with its great production values, fantastic actors and its history, which provides a very palatable experience.”

Ford’s Theatre produces classic shows along with several historical based productions.  Since this year marks the 150th anniversary of the Lincoln assassination, Ford’s current season includes a line-up of shows with themes encompassing the African American civil rights movement.  In addition to their seasonal line-up, Ford’s features its annual production of “A Christmas Carol,” starring Ed Gero, a Mason acting professor, and four-time recipient of the Helen Hayes Award (the awards for professional theater in the Washington D.C. area).  Tickets at Ford’s Theatre usually run between $32 and $87, but discounted tickets for students on student nights are priced at $12, and their under 35 nights offer discounted tickets at $15 with a free glass of wine, for those who are 21 and over of course.

Located in Arlington, Va., Synetic Theater is one of the latest experimental theaters in the D.C. area.

“Synetic gives something different for audiences by presenting theatre in a different way than it is typically seen,” Cody Clarke, production assistant for Synetic Theater, said.

Known primarily for their movement pieces, receiving particular acclaim for their silent Shakespeare work, Synetic also produces text-based shows, such as their upcoming production of “Beauty and the Beast,” a rendition based on the original fairy tale.  Currently playing at Synetic is the “Island of Dr. Moreau,” which is “a gritty, horror-esque show.”

“[These] are the types of shows Synetic likes to produce, especially around Halloween,” Clarke said.

Regular priced tickets at Synetic usually cost around $35 and up, but there are plenty of opportunities to receive discounted tickets.  You can purchase $10 tickets before the press opening of any of their shows.  Synetic also has a 25 and under deal, where individuals 25 and under can purchase tickets that range from $15 to $25. 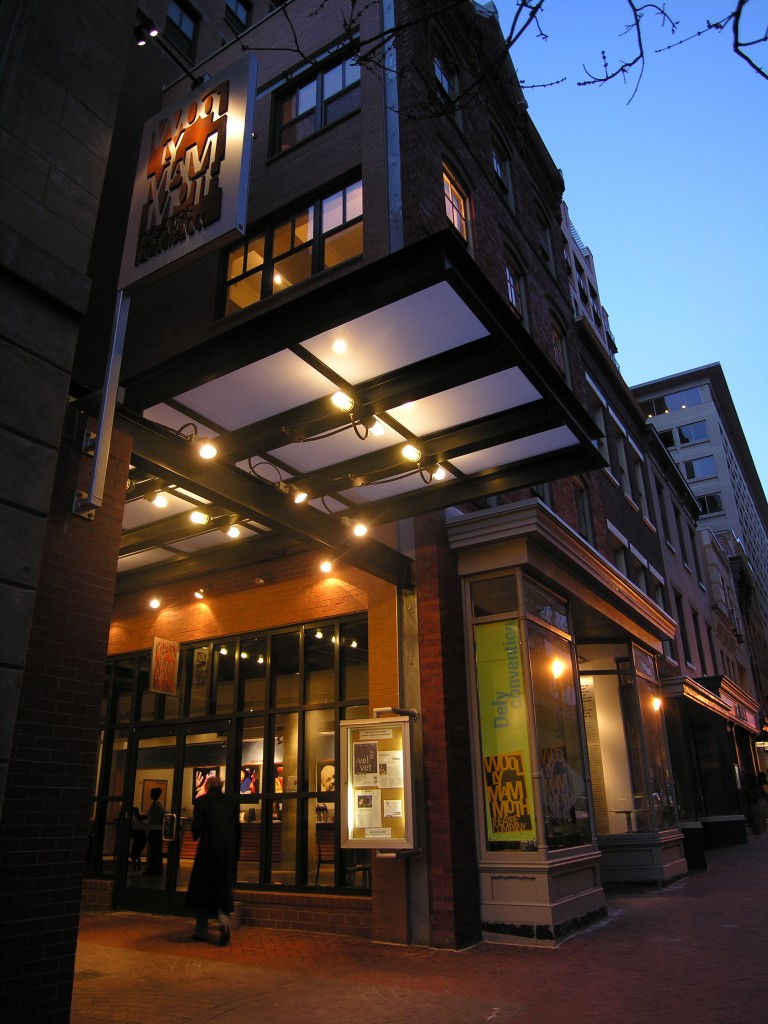 Established in 1980, Woolly Mammoth began and continues leading the movement to produce new, groundbreaking theater in D.C.  New plays that premier at Woolly often move to New York and across the country, making Woolly Mammoth one of the prime centers where the future of American theater is forged.  Their season opener, “Stupid F*cking Bird” returned with a warm reception after an enormously successful run in the summer of 2013.  Their most recent show, “Marie Antoinette,” and upcoming productions, “Famous Puppet Death Scenes,” “Cherokee,” “Lights Rise on Grace,” and “Zombie: The American,” reveal Woolly’s gravitation toward quirky, yet edgy plays that continue pushing the bounds of American Theater.  Students and patrons 30 and under can purchase tickets for just $20 at Woolly Mammoth Theatre in person, or by calling their box office at (202)-393-3939.

Located in Bethesda, Maryland, Round House explores modern classics, musicals and new plays in their six-show seasons. As one of the top professional theaters in the D.C. area, Round House strives to engage audiences with thought-provoking plays and musicals, and fosters life-long participation in theater.  Next in their seasonal line-up, “The Nutcracker,” a new musical adapted from E.T.A. Hoffman’s original tale will offer a spectacle worth seeing this holiday season.  Ticket for Round House productions cost $30 for side seating, and $45 for center seating, but their 30 and under, senior citizen, military, and veteran offers reduce those prices to $20 for side seating, and $35 for center seating.

A grand performing arts complex that resides within southwest Washington, Arena Stage serves as the center for diverse and innovative works, while fostering the 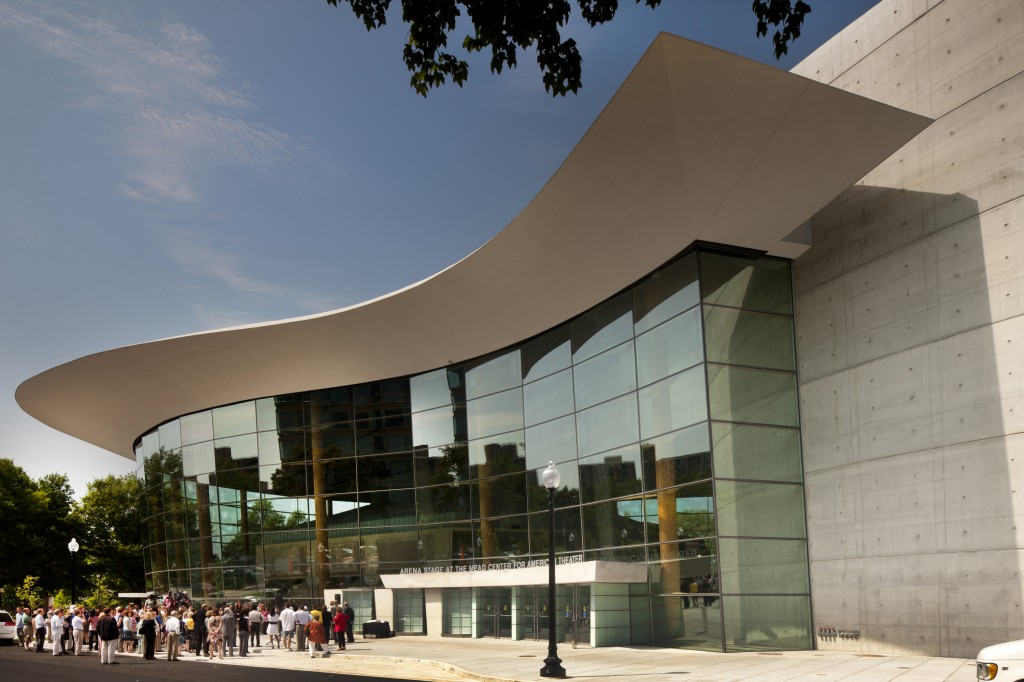 development of new American plays.  Their current season includes four world-premiering plays; “The Shoplifter,” “Baskerville,” “The Blood Quilt” and “The Originalist,” a political drama starring Gero, along with one of Broadway’s longest running musicals, “Fiddler on the Roof,” the 2013 Tony Award-winning comedy, “Vanya and Sonia and Masha and Spike,” a musical revue titled, “Five Guys Named Moe” and a great American drama, “King Hedley II.”  Arena produces high quality theater that will provide a memorable night on the town, but with a high price.  Arena’s ticket prices are among the most expensive in the District, but there are discounts that students, and theatergoers may take advantage of.  Their group discount allows groups of 10 or more to purchase tickets up to 50% off regular priced seats, but includes a $10 deposit per seat.  Their student deal offers 35% off regular priced seats, but this offer is only allowed by phone or in person.

And there you have it: seven theaters with unique seasonal line-ups that will speak to a wide range of artistic temperaments.

Skeptics are wondering, “Why should I bother to go to the theater?  Why should I go out of my way to see a live performance when I can see a movie for a much cheaper price, at a more convenient location?”

While a preference for the movies may be understandable, the power of live theater gives viewers an experience that no other art form can provide.  In theater, an audience member engages with actors performing in the flesh, while witnessing spectacular effects displayed without the barriers of a screen, or cinematic tricks.  This sense of contact theater offers between storytellers and audiences yields a profound sense of transformation within individuals as they develop a deeper connection to the story unfolding before their eyes.

Theater creates a common ground for friends and strangers alike to come together, exchanging stories and ideas.

“For a few hours, groups of strangers become one community,” Davis said.

Kathleen Barth is an actor and writer working toward her B.F.A. in Theater at George Mason University.