This story was originally published in the Nov. 3 issue of Fourth Estate.

Earlier this month, a Supreme Court decision legalized same-sex marriage in five states, and Mason students weighed in on the generational impact of this change.

On Oct. 6, the Supreme Court decided not to hear cases aiming to reinstate states’ bans on gay marriage. This decision legalized same-sex marriage in Virginia, Indiana, Oklahoma, Utah and Wisconsin. Since then, same-sex marriage has been legalized in six other states as a result of the decision.

Sophomore Desmond Moffitt, a University Scholar, said legalization made a statement “to people of our generation [that] changes can be made, but it will take looking at the fight that it took for it to be legalized.”

Senior Daniel Bond also thought the fight for legalization could be fodder for future change.

“I particularly hope LGBTQ millennials will see the huge changes that have already been made and use those changes as inspiration for continuing change, particularly since so many of the previous generation of LGBTQ leaders were killed in the AIDS epidemic,” Bond said.

Moffitt and Bond are part of the millennial generation – those between the ages of 18-34. Poll numbers have shown millennials overwhelmingly support gay marriage – polls range from 66% to 80% support. Moffitt and sophomore Kate Loving think individualism is responsible for the generation’s nature of tolerance. 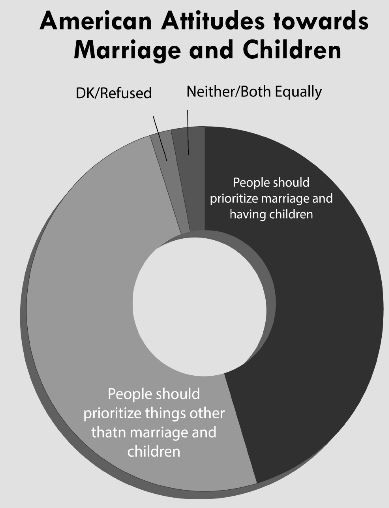 “Our generation specifically is really individualistic,” Loving said. “Because of that, we care a lot less about what other people are doing.”

Moffitt said millennials have realized people’s personal lives do not significantly impact each other and are starting to develop “a thought process where what you do with your life doesn’t really affect me.”

Loving said that is why they are supportive of gay marriage; millennials do not think it will have an effect on them.

“It doesn’t make any sense to us why that wouldn’t be allowed,” Loving said.

“Our generation really values people as people,” Loving said. “…I care way more about who you are as a person than the clothes you’re wearing, your sexuality, the race you are. I don’t care.”

Senior Zach Wilcox does not think legalization will have a direct impact on the millennial generation.

“They obviously appreciate the decision, but it doesn’t particularly matter at this point in their lives,” Wilcox said. “Millennials are generally not ready to marry.”

He said, though, the decision still gives him hope.

“My boyfriend and I have only been together for a couple of months, but it’s great knowing that we can one day start thinking about marriage seriously and no longer have to have the realization that it’s not legal and possible,” Wilcox said.

Mason cultural studies professor Craig Willse does not think that the Supreme Court decision will increase equality for LGBTQ communities in the millennial generation or otherwise. According to Willse, the institution of marriage is inherently unequal, and can harm the progress of rights for the gay and lesbian populations.

“If we recognize marriage as an inherently discriminatory institution,” Willse said, “one that rewards certain family arrangements and then punishes those that don’t fit that model – if we recognize marriage in those terms- then same-sex marriage actually is strengthening and giving more power to an inherently discriminatory institution.”

He said this might actually be “a step back” in the gay rights movement. Willse also added the debates concerning same-sex marriage represent “an important symbolic shift.”

“Debates around same-sex issues have helped moved LGBTQ issues into public light in a way they are not always,” Willse said.

Willse said he does not “want to minimize the effect” of the shift for some people because seeing this issue in the limelight can be “an affirming process in their own lives.” However, the decision will not change the daily lives of the LGBTQ community, which is a true measure of socialjustice, according to Willse.

“The only thing same-sex marriage accomplishes is it distributes a little more broadly the benefits of a discriminatory institution,” Willse said.

Wilcox agreed that other efforts besides marriage equality enact greater change in the lives of theLGBTQ community.

“Inclusivity in marriage, a key cultural institution, validates our relationships and will continue to positively affect daily life for the LGBTQ community,” Bond said.

According to Willse, as a nation, we equate supporting same-sex marriage with supporting LGBTQ people even though that may not be the case.

Willse said the court’s decision can harm the progress of gay rights because it may create a false sense of accomplishment.

“The problem is the illusion that now we’re equal,” Willse said. “That everything is done. So the confirmation of that American progress story can circulate here, and we can say, Well, we’ve taken care of LGBTQ inequality, and now everything is fine.”

Ric Chollar, Associate Director of LGBTQ Resources at Mason, said the transgender community is in need of more social progress.

Surveys have shown getting married is not as prominent a life goal for millennials as it was for previous generations, causing some news sources to suggest same-sex marriage legalization may not strongly affect the millennial LGBTQ population.

A poll in Rolling Stone gathered that 44% of millennial women think “marriage is an important part of being an adult” compared to 63% of millennial men.

These attitudes toward marriage are in line with the inter-generational trend that marriage is less of a priority with each new generation. Willse said this is an interesting time to debate the legalization of same-sex marriage.

“Same-sex marriage has come at an interesting moment in that all these other areas of social, cultural life in the U.S., people have been questioning marriage, critiquing it politically or just moving away from it as a cultural norm,” Willse said.

featured image courtesy of Kevin Goebel. No changes were made. Creative Commons License.