This story was originally published in the Oct. 27 of Fourth Estate.

Three candidates will be on the ballot on Election Day in the race for a seat representing Virginia in the United States Senate. Democrat Mark Warner, the incumbent, is vying for reelection against Republican Ed Gillespie and Libertarian candidate Robert Sarvis.

Here’s all the election information we felt you should know before the polls open on Tuesday, Nov. 4, including background on the candidates, where they stand on important issues, recent polling numbers and voting information. 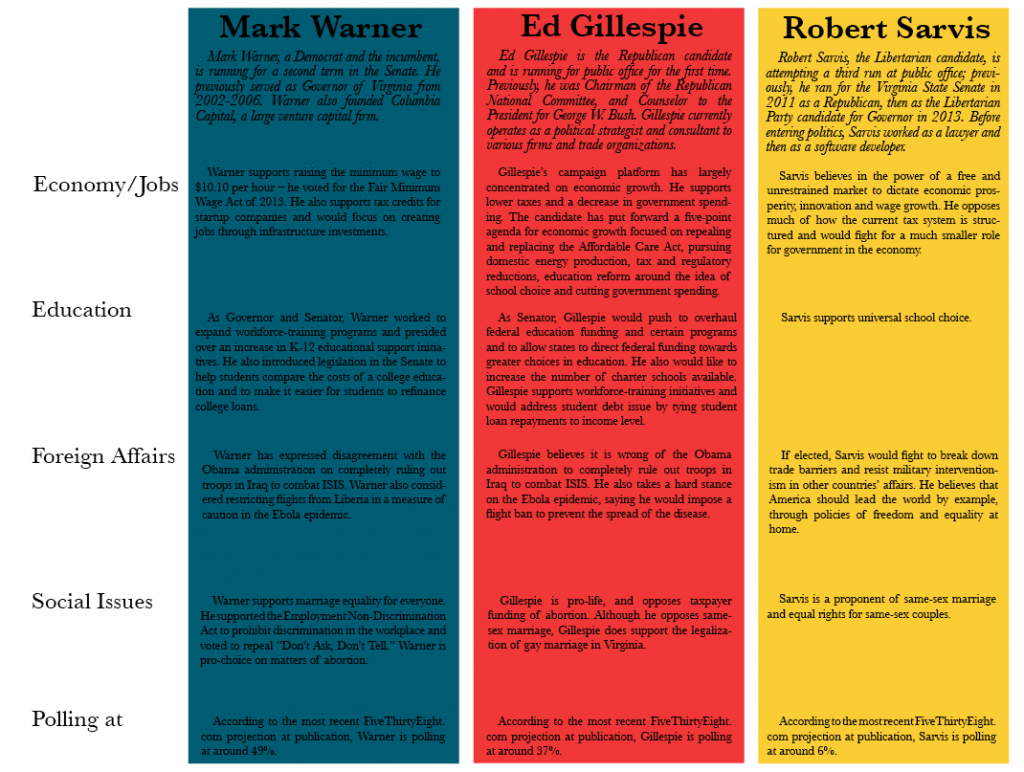 The election will take place on Tuesday, Nov. 4. Registered voters will be able to vote on campus in Merten Hall from 6 a.m. – 7 p.m. or by absentee ballot if there is a valid excuse. Virginia law also requires that all voters provide an acceptable form of photo identification at the polls, such as a student ID, a driver’s license or a passport.