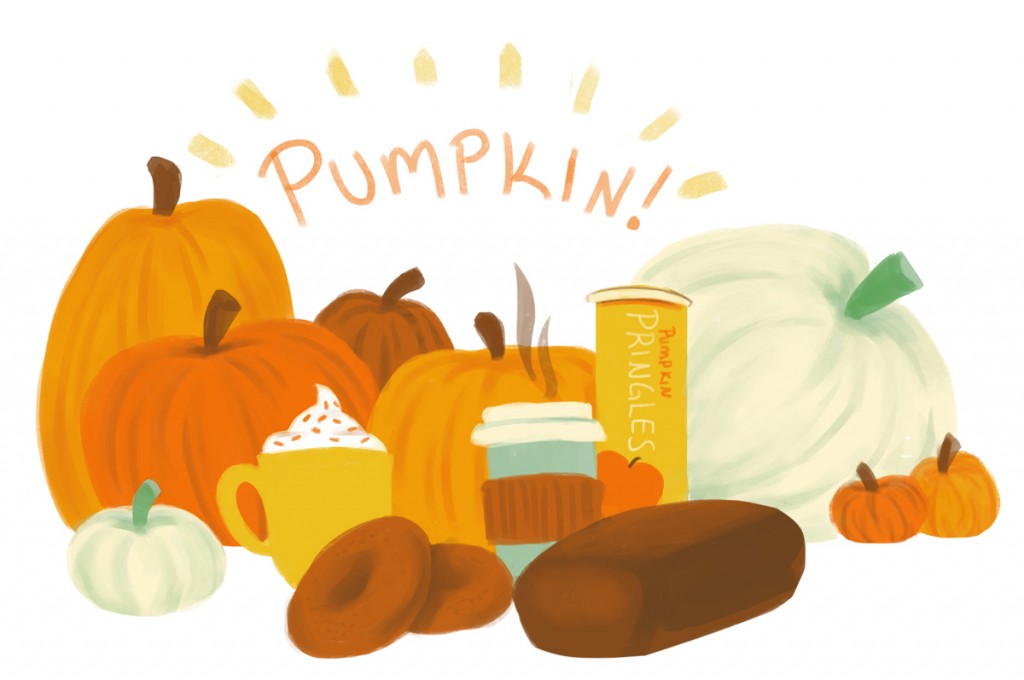 Fall is in full swing, which for many means seasonal favorites like pumpkin spice lattes and pumpkin bread.

Trader Joe’s features an entire category on its website devoted to the craze. According to crew member Charlie Miller who works at the store’s Fair City Mall location, the company is currently selling more than 62 new pumpkin-related items, including pumpkin waffles, pumpkin ale and pumpkin soup.

“People die for [pumpkin],” Miller said. “They’ll buy pretty much anything that says ‘pumpkin’ on it.”

The company’s marketing techniques reveal its devotion to promoting and satisfying their customers’ fixation. Upon entering the store, one is overpowered by the scent of pumpkin pie. One cannot leave the establishment without sampling a bit of pumpkin soup complete with a pumpkin crouton.

Trader Joe’s is just one of many companies marketing and selling the beloved squash.

Starbucks’ famous Pumpkin Spice Latte heralds the arrival of fall for many Americans. Over the past ten years, the company has sold more than 200 million of these beverages and has inspired a cult following.

The drink has come to be associated with North Face-clad, iPhone wielding teenage girls, a stereotype that has resulted in countless memes and jokes.

“We sell too many to count, probably more than 50 a day,” said Rinad, a barista at Mason’s Rappahannock neighborhood Starbucks. The store does not typically run out of ingredients for the drinks because “we know how obsessed people are.”

When asked why she thinks that students love these beverages to such a degree, Rinad explains, “People are basic. If there’s a craze, everyone’s going to be about it.”

When ordering a Pumpkin Spice Latte, baristas ask not to refer to it by its acronym “PSL.”

“It doesn’t bother us when you order a pumpkin spice latte, but I hate it when people say PSL” Rinad said.

According to an interview by NPR with Cindy Ott, professor of American Studies at St. Louis University and author of the recently published book “Pumpkin: The Curious History of an American Icon,” the drive behind America’s pumpkin craze may be the fruit’s nostalgia rather than its flavor.

What many Americans do not realize about their favorite pumpkin-themed snacks, however, is that most of them do not contain any actual pumpkin. Natural and artificial pumpkin spice flavoring are used to give foods and beverages the taste.

For years, we have planted, picked, and carved pumpkins as a celebration of fall. Pumpkin has come to symbolize much more than a tasty pie; it represents a season.

“I like [pumpkin] because it reminds me of fall and Halloween and Thanksgiving, which is my favorite time of year,” freshman Hannah Matson said. “And it just has a comforting smell.”

Guide to the 2014 Senate Election