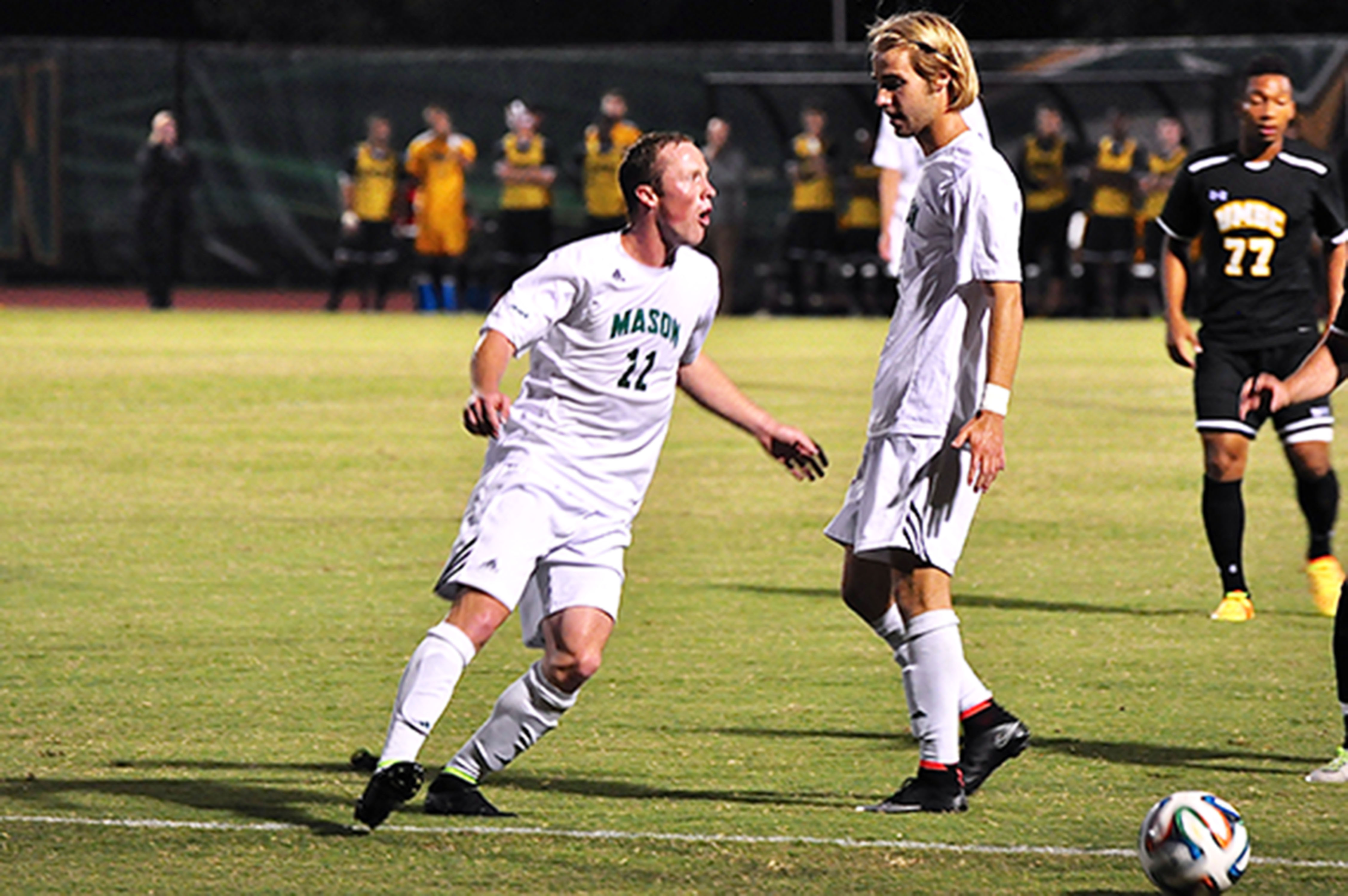 Mason fell to #14 UVa. Tuesday night in front of a crowd of 3,000 fans who braved the rain and wind (Johannah Tubalado/ Fourth Estate)

George Mason University men’s soccer team lost 1-0 to the University of Virginia on October 7 in front of a huge crowd that braved the rain and wind at George Mason Stadium.

The first half would end scoreless but provided the crowd of over 3,000 with plenty of scoring chances.  The two teams went back and forth and within the first 15 minutes of the game both teams had already played two corners.

The Cavaliers looked like they had the first goal of the game in the 35th minute when midfielder Pablo Aguilar put home a rebound after Mason goalie Steffen Kraus made the first save from a free kick.  The goal would be called back on an offside.  This would leave the game scoreless and the first half would end that way.

The second half began and UVa. began to establish themselves. They dominated the first ten minutes of play.  In the 56th minute UVa. was awarded a corner.  Midfielder Scott Thornsen crossed the ball deep into the box to fellow midfielder Todd Wharton who had time and space. Wharton fired a shot that deflected off his teammate Eric Bird and into the back of the net.

“[The] guys lost their patience a little bit and we were just whacking some balls away instead of trying to find our outlets like we did in the first half,” said Mason head coach, Greg Andrulis.

Mason would not go quietly however, and in the 71st minute Mason had a sustained possession.  A free kick by freshman forward Henning Derks was sent just wide of the net, and began a stretch of Mason scoring opportunities.  Senior forward Timi Mulgrew broke down the left side of the field in the 73rd minute and had a shot from inside the box turned away.

Mason’s final and best chance came in the 81st minute when junior defenseman Brice Colcombe sent a ball toward the net from about 40 yards out on the right side of the field.  The ball was punched over the crossbar by the Cavalier goaltender and set Mason up with a corner.

Mason falls to 7-2-2 on the season and 1-2 in their last three games.  This Friday they travel to Dayton to take on the Flyers (5-3-2), and on Sunday, Mason returns home to take on a nationally ranked Saint Louis team in an important conference game.