What are you studying at Mason?

I am currently studying Global Affairs, with a concentration in Inequality and Responses. Growing up in D.C., I saw the real world from a young age. The city is full of people from all over the world speaking different languages. This inspired me to go into the field of Global Affairs. I wanted to connect with people from different cultures.

What is your special connection to/with Mason?

The Johnson Center, also known by many as the JC, was named after one of my grandfathers. George Johnson was the President of Mason for many years and devoted his entire life to academics with his wife, Joanne. When he passed away last year, I was comforted every time I read his name on the signs outside of the JC.

Who are your biggest influencers?

My biggest influencers are my grandfather, sister, mother and stepfather. My grandfather, Ilja Kostovski, came to the U.S. from Macedonia and was a professor at the University of Maryland for many years. Together, they supported me and have continued to inspire me throughout my academic career.

What are your most memorable moments at Mason?

My most memorable moments at Mason have been the times I shared with people who have changed my life. Freshman year, I moved into Presidents Park, nervous to be living with a stranger. That stranger would become one of the best people I’ve had the pleasure of knowing. I’ll never forget those late nights at Ike’s that turned into early mornings. I also discovered my passion at Mason in a Women and Gender Studies course. I fell in love with advocating for human rights.

I love to participate in social movements that promote equality for marginalized groups including women, people of color, immigrants and more. Concerts are another way I love to spend time, reconnecting with friends to see our favorite artists perform. When the lights turn off and the crowd becomes one, what a time to be alive.

What is an important career goal for you to reach?

An important career goal to reach would be a position in the government or a nonprofit organization that would allow me to implement change for human rights. I would like to be involved in the making of policies to represent groups that are often marginalized in society and the law. Alexandria Ocasio-Cortez and Michelle Obama are women figures I look up to. I’d consider myself to be successful if I could be half the person they are. 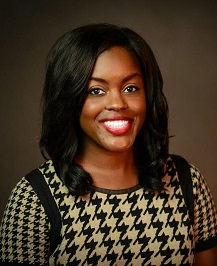 What exactly do you do at Mason?

I am an assistant director with ODIME + LGBTQ Resources. ODIME stands for the Office of Diversity, Inclusion, and Multicultural Education … Primarily I work with supporting Black/African heritage students, so that’s through support, advocacy, advising, one-on-one interactions, developing programs, that type of thing.

What made you want to come work at Mason?

In my previous role, I worked in residence life and first year experience, but I was one of very little Black people on campus, especially Black women. So what I noticed in my last role is that students started to gravitate towards me, be it about personal relationships or their hair or makeup or black specific things. So I knew that there was a need for me at campuses, specifically predominantly white campuses. So I wanted to serve in that role on a larger scale. So I learned about this role and I applied, and thankfully I got it.

What’s your favorite thing that you’ve done so far?

It’s so hard. My favorite thing I think is connecting with the students and learning their journey. I’ve almost been here for three years, so seeing some of them grow and develop over the years has been very rewarding. It’s not about my personal accomplishments. I feel like I’ve won when they win. So when they get into graduate school, when they get jobs, when they get something they’ve been working for, if their research is approved, if they get an A on a test—I feel like I win when they win.

If there was a fire in your house, and you could only save one thing, what would it be?

I have a teddy bear whose name is Baby Bear, but he was given to me as a gift at my baby shower. So before I was born, someone gave me that gift, and I have had it throughout all of my childhood and all of my adult life so far. He lives in my bed somewhere. It’s not like I cuddle with him every night, he’s just somewhere on my bed. So I’d probably save that.

What is a goal that you have?

I have so many hopes and dreams for the world, but a goal for my life’s work and my profession I feel like would be to help people with the resources and support they need to live as their full, whole, true selves … I’m still working on what my mission or what my purpose is in the world, but I feel like it’s really important to push people to find their authentic selves, because when you are whole and you’re living as your authentic self you have so much more to offer the world. And people don’t get to that point because they’re stifling their identity or whatever it is. But I would say that’s my life’s work and my mission. My goal is to help people get to that point. 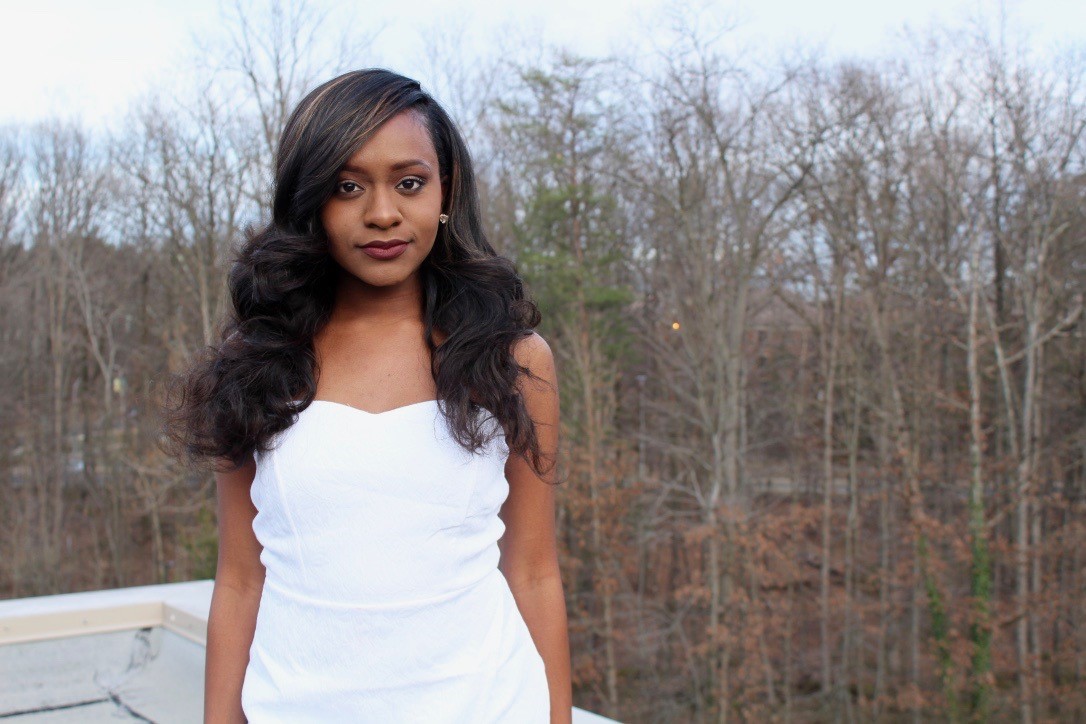 What did you study when you were at Mason?

I was a communication major, and my concentration was media production and criticism, and my minor was journalism.

What clubs, organizations, and other activities were you a part of?

I was involved with Mason Cable Network. At first, I was the daily anchor and I would just say what was going on for the day. I did that freshman year and sophomore year. And then for a little bit I did PR for Mason Cable Network, so I was doing social media. And then I started hosting The Spill, which was like a little entertainment talk show. I did that junior year and my senior year. I was a peer advisor, so I taught University 100. I did that for two years. … My freshman year I was in BSA and I was also on the Street Team, which is like PR  and social media. I did PR for GMU Fashion Society, too. And then I had a lot of internships.

What would you say is one of your favorite memories from being at Mason?

I ended up quitting peer advisor my senior year because it just became way too much. You have to make lesson plans and all that. And it just became too much with me having internships. But being a peer advisor opened me up to a lot, like having students. When you’re a peer advisor, you teach with a faculty member, so … working with a faculty member … that was probably my favorite memory. And just me and other PAs. Two of my really close girlfriends, I met them from being a PA. So I would say that that was probably the most fulfilling thing I did while I was at Mason.

What are you doing now with your career?

I am a digital content producer at NBC 12, and so what that means is basically I write articles for our website. I write news articles. I edit content. So reporters write their own stuff when they have their own stories, but we have to edit them. So like edit for AP style, edit spelling, grammar errors. I run the social media account, so Facebook, Twitter, Instagram. I send out app alerts, schedule livestreams, just everything digital literally.

Have you always known that you wanted to work in media?

Yeah, I knew when I came to college. No matter what college I applied to, no matter what application I put in, I applied to be a COMM major … When I first got to Mason, I didn’t have a minor. I knew that I wanted to work in media, but when I first came to college, I was like ‘I want to be a TV/radio personality.’… But when I would look at internship requirements or even job requirements in media, they wanted writing samples, and I was not big on writing at all. … So then I chose my minor in journalism so I could build my portfolio, and once I chose my minor I would have different classes where I would write. I knew that I still wanted to work in entertainment ultimately, like an entertainment media company, but I knew that I wouldn’t mind writing and doing on-air stuff. So a magazine ultimately is where I want to end up. 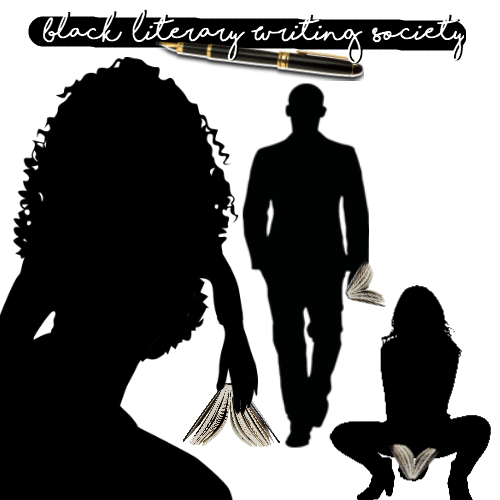 What is the Black Literary Writing Society (BLWS)?

Evetra Lewis, founder: It’s something that I felt was missing on campus. There’s BSA [Black Student Alliance] and other African-American based organizations, but nothing structured toward literacy and improving that and the stigmas in that community. And that’s one of the goals for BLWS.

Josh Miller, vice president: Often times in the Black community, people play down the creatives or play down the artistic career paths, or even just modes of using your time. So I feel like this organization is just a really good way to emphasize that writing, poetry, prose, is a valid way to spend your time and is a valid career path if you choose to do that.

Do you have to be a writer to join?

Lewis: I never wanted to limit it to just writing. It’s really to express any type of art form that you feel isn’t represented already on campus, to express your feelings and to share your stories.

How did you go about the process of starting it?

Lewis: So in high school, I was in a literary writing society, but it was a majority Hispanic school, so there was less than 12 Black children there and everyone who was Black knew each other. I was one of the only Black girls in the club … I knew I loved to write, and my teacher really inspired me for the goal to finish a book within a year. Even though we didn’t finish, I feel like that’s a good goal to have and to bring that toward our campus. But I really wanted to specify it toward the Black community because they’re underrepresented, and there’s a lot of stigmas toward creativity and writing.

What are some events that you all are planning for this semester?

Miller: A poetry slam that we’re going to do. An idea that our founder, Evetra, has come up with is correlating with the different awarenesses for each month. So we have things planned for sexual assault awareness month, things planned for Women’s Month, Black History Month … just different things like that.

How do you hope to see the org grow in the future?

Miller: To create a safe space for writers. We are going to meet biweekly and allow an opportunity for our members to come together and share their work that they’re working on and receive critique or any tips or helpful insight into what they’re writing to get their project off the ground. So I would like to see personally growth within the organization, not only in numbers but in the things that we are allowed to do and the collaborations that we’re allowed to have.

Lewis: That is a goal, but also one of my bigger goals is to get it on other campuses at George Mason and other locations like different schools. And maybe bring it back to my personal high school and other high schools.

Five Tips for a Long-Distance Relationship