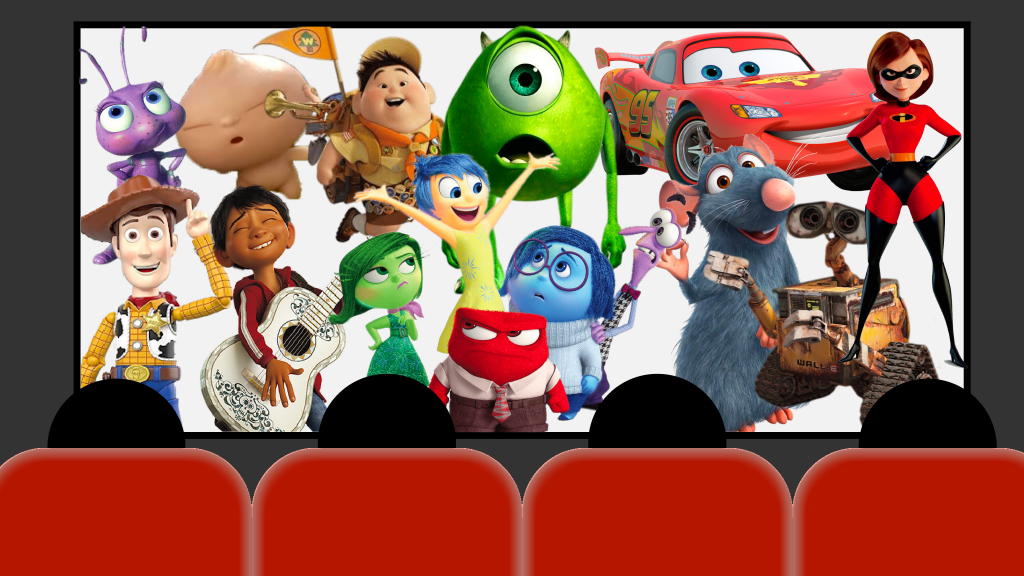 Kids movies don’t have to achieve much. All they need to do is have pretty colors, a clichéd plotline and some slapstick jokes to capture a kid’s attention for an hour or two. On the other hand, their parents are probably praying for the movie to be short. At least, that’s what mine were thinking back in 2009 when we entered the theater to see Pixar’s “Up.”

Being an 8-year-old movie geek, I was excited to get another movie with action scenes and funny characters. “Up” gave me those things, but it gave my parents so much more. Not even 20 minutes into the movie and the adults already got a story depicting a miscarriage, financial troubles, growing old and the death of a loved one. Things that a tiny kid would never understand. But hey, that flying house had pretty balloons!

This is exactly what makes Pixar’s films so unique. They have what so many storytellers try and fail to achieve: wide appeal with deep impact. The storytellers at Pixar have mastered a tactic that so many kids movies miss. Pixar doesn’t make the movies for kids. Pixar makes family-friendly movies for adults.

“Up” isn’t their only movie that deals with themes that go right over a child’s head. Going back to “The Incredibles,” we can witness Pixar develop characters dealing with the struggles of work and life, reminiscing on their glory days and trying to raise a family.

Sure, they’re superheroes fighting crime, but the core themes of “The Incredibles” are something only a mature mind can really grapple with. The genius of Pixar is that it tells this story while interweaving action scenes and an adorable super-baby to keep the younger viewers hooked.

Pixar’s earlier films appealed to parents too, with “Finding Nemo” depicting an overbearing father and “Monsters, Inc.” making its best case for tender childcare. But that was just Pixar in its beginning years, long before it began to tell stories with more thematic depth.

The most recent decade of Pixar films is a wonderful showcase of how far it is willing to push the envelope of what cartoons can do. “Inside Out” gets ultra-cerebral about puberty. “Coco” looks into how humans reconcile with grief. “Toy Story 4” shows Woody having an existential crisis. “Soul” actually tries to figure out the meaning of life. Kids are smart, but those ideas are made for an adult brain.

But all this risk-taking would mean nothing if audiences didn’t respond to it. Thankfully, they have. The vast majority of Pixar’s movies get above 90 percent on Rotten Tomatoes while an even larger majority of their movies were extremely successful at the box office. The studio has earned upwards of 14 billion dollars over its lifetime, making it an invaluable asset to Disney. I think it’s fair to say its thematic risks have paid off.

Sadly, none of this changes the stigma that animated films have faced. Hollywood treated animated films as second-rate for a long time. It wasn’t until a long run of awesome animated films in the 1990s, such as “The Lion King” and “Toy Story,” that the Academy Awards finally made a category for Best Animated Feature. Pixar began nabbing the award so much that it’s more of a surprise when it doesn’t win.

But even then, only three animated films have actually been nominated for Best Picture: “Beauty and the Beast,” “Up” and “Toy Story 3.” Don’t be surprised if “Soul” makes that four, but it still won’t change the stigma against animated movies. Animated films deserve to be considered on the same level as live-action films.

STUDENTS SHARE OPPOSING VIEWS ON THE BEGINNING OF BIDEN’S PRESIDENCY