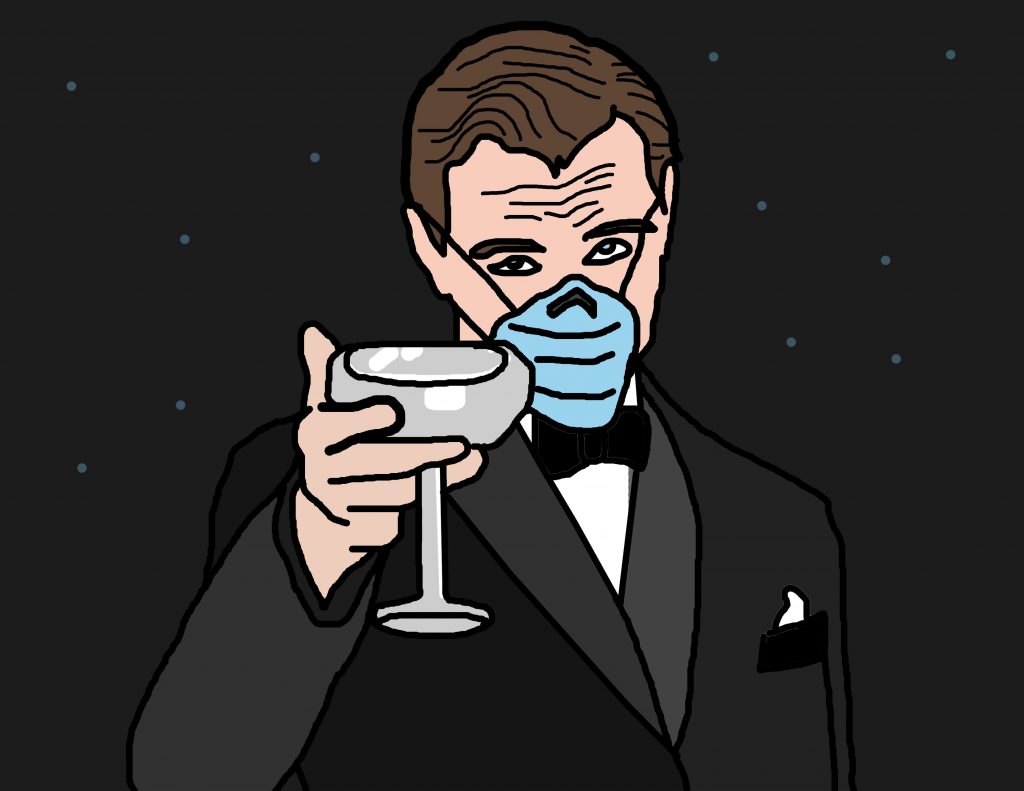 During our weekly fireside chats, my father, Fontleroy Fritz-Robbins IV, would sit me down, shake his finger in my face and tell me, “You are an individual. Act as one.” He passed away tragically sometime later while hunting with his childhood friend, Dick Cheney, but his words live on through me, and I have heeded them throughout my life, such as when I reported my CRIM 100 class for having a group chat where they discussed homework with one another.

We live now in times more dire than ever. Analysts will point to the Dow and oil prices, but these metrics are all too common and shaky to base one’s worldview on.

No, the real sign of the times is that Denny’s is offering drastic discounts on its food as the crisis continues. Every order, and I have calculated this myself, will lose the company somewhere between $3 and $8. Can you imagine? The working man and drunkard’s eatery of choice will vanish off the face of the Earth by the end of the year, mark my words, and at that point we will see the most anti-social, meanest group of ruffians this country has seen since the Lincoln administration.

In such a dire climate, the action of the individual is of more immediate importance than ever before. I ask of you, dear readers, to take up the mantle, and step in where others have fallen short to revitalize the American economy.

Government propagandists will inform you that you ought not to go outside; ought not to interact with others. Phooey, I say! How will we make deals — make money move, if you will — if not by firm handshakes and even firmer eye contact? Go out there, keep having fun, and whatever you do, do not bow to despair.

First, take advantage of the wonderful deals being given by your local restaurants during the downturn. Supporting local businesses is paramount.

I have so far visited three restaurants a day around Fairfax and have developed quite the palate for them. My daily routine is wonderful.

First, a magnificent breakfast of a full plate of pasta at Game-a-roney’s, the fine-Italian-Dining-cum-game-shop joint in downtown Fairfax. For $5 one can attain the same high-quality gourmet offerings of an Olive Garden while speaking to fans of Magic the Gathering, a game that I cannot quite fathom but which they take pleasure speaking about.

Then, some three hours later, I take advantage of the offerings of the little Belarusian store at Fairfax mall. They have the cheapest Vodka and this wonderful gelatinous meat dish, holodetz, which slides right down my now-hungry gullet after an energetic walk around the town center.

Finally, for dinner, I of course turn to Denny’s. And then a stop at O’Malley’s, the local pub, for a nightcap of three Irish Coffees.

Each day finds me fully satisfied, spending so much time in restaurants they have become a second home to me.

You might get mean looks from locals, seemingly angered that you, the rugged individual, have found a way to beat the system, but these become less and less arresting the higher your BAC gets and the more food you ingest.

Second, I urge you to use this time to the fullest, exploring cheap travel options within the United States.

For the past three weeks I have enjoyed the exceedingly low prices offered by airlines, restaurants and vacation towns to the fullest.

I began my trip to South Padre Island, to see how the other half — the American middle-class vacationer — lives. Quite well, I must say. The beautiful sun-stained beaches were quite empty, the bars emptier. My hotel room cost only $50 a night, and I had the floor practically to myself.

I did not know that this was the degree of seclusion which the American college student is afforded. Perhaps MTV had lied to me, but then again, I was forbidden from watching much of that or Spongebob, so my evidence is only spurious at best. Perhaps the spring break I had imagined in my youth was a one-off event, much like the “Summer of Love” of 1967 but with less tasteless political chicanery.

From there, I traveled west to Las Vegas, the finest gambling establishment in the country. A tragedy, this “coronavirus” — the food was plentiful and almost free. My diet consisted mainly of the giant cocktails available for purchase. Frankly, I don’t remember much else from the city, but I’m sure it was lovely and I would like very much to go back.

Finally, to Seattle, tickets to which are truly at a premium low. There, I was happy to breathe the same clean air that the great American captains of industry — Bill Gates, Howard Schultz, Kurt Cobain — once did. And breathe the air I did, so much of it, as the city was the most idyllic urban heaven I had been to. Barely a soul in sight on the streets, nothing to block the view of the beautiful Mount Rainier.

Flying back, I was one of the only passengers on the plane, but failed my economy not, purchasing at least seven airplane bottles of Captain Morgan and falling into the most satisfying sleep of my life.

My exertions have left me with a minor cough, but this is to be expected from my consumption of a pack of cigarettes a day throughout this entire ordeal. The Denny’s menu pricing really does worry me sometimes.

It is paramount, dear reader, that you follow in my footsteps. I leave you with a quote from Rudyard Kipling:

“If you can keep your head when all about you

are losing theirs and blaming it on you;

If you can trust yourself when all men doubt you,

but make allowance for their doubting too….

If you can fill the unforgiving minute

With sixty seconds’ worth of distance run,

Yours is the Earth and everything that’s in it,