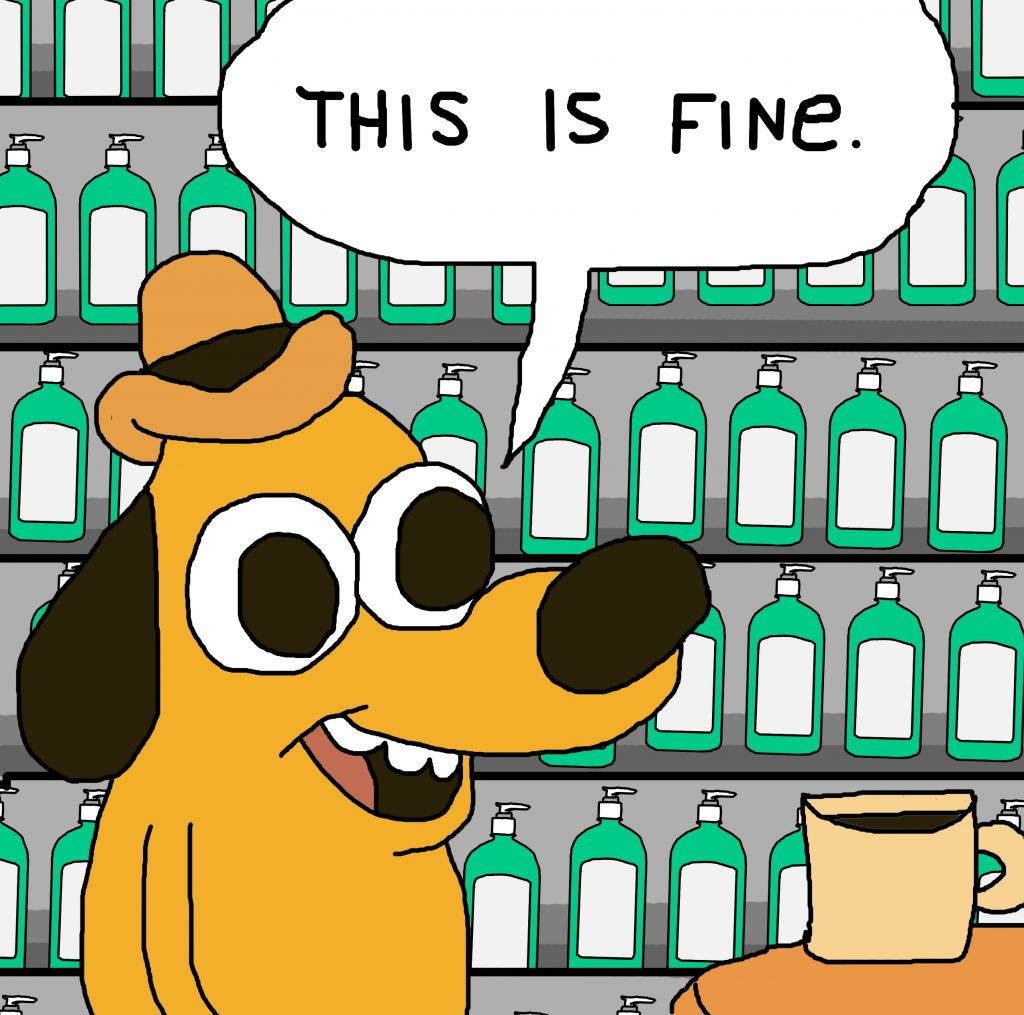 COVID-19, also known as the coronavirus, has taken the world by storm. Due to the panic, some people have begun overbuying products, leaving grocery stores’ shelves quite bare.

Overbuying and hoarding products during a crisis is selfish. There’s a whole world out there that needs supplies, but one selfish person overbuying toilet paper or water creates an issue for another family. According to Ron Fong, the CEO of the California Grocers Association, there is enough food supply to go around. He advises that people shop for enough food for a week or two, but certainly not three weeks or a month, which is what some people have been doing.

Because of the high demand, grocery stores around the country have begun to advertise for new positions, ranging from cashiers to delivery drivers. A Washington grocery store went viral on Twitter because of a video of workers restocking shelves at 2 a.m..

The panic surrounding this virus is understandable, but panic buying isn’t. If people continue to overbuy, then the people most susceptible to this virus won’t have the products that they truly need to stay healthy. At the end of the day, having a selfless mindset while grocery shopping is important.

Those most vulnerable to this virus right now, elderly and immunocompromised people, are the ones who are suffering the most from the overbuying because by the time they reach the stores, most of the essential products are gone.

Rainbow Blossom Natural Foods Markets, an organic grocery store chain in Louisville, is doing something about this issue. Summer Auerbach, the owner of this small chain, designed a plan to help those most vulnerable. The first hour that the stores open are reserved for elderly and immunocompromised people only. The response to this has been very positive, according to Auerbach.

The fact that a grocery store has to reserve an hour for a select few people proves there’s a huge issue going on with overbuying. Grocery store workers are staying until the early hours of the morning to restock products and they’re getting new employees every day — so, the supply isn’t the problem, it’s the customers that are overbuying.

Taking Fong’s advice is also important when shopping — only buy enough food for up to a week or two. We’ll get through this pandemic, as long as we look out for one another.